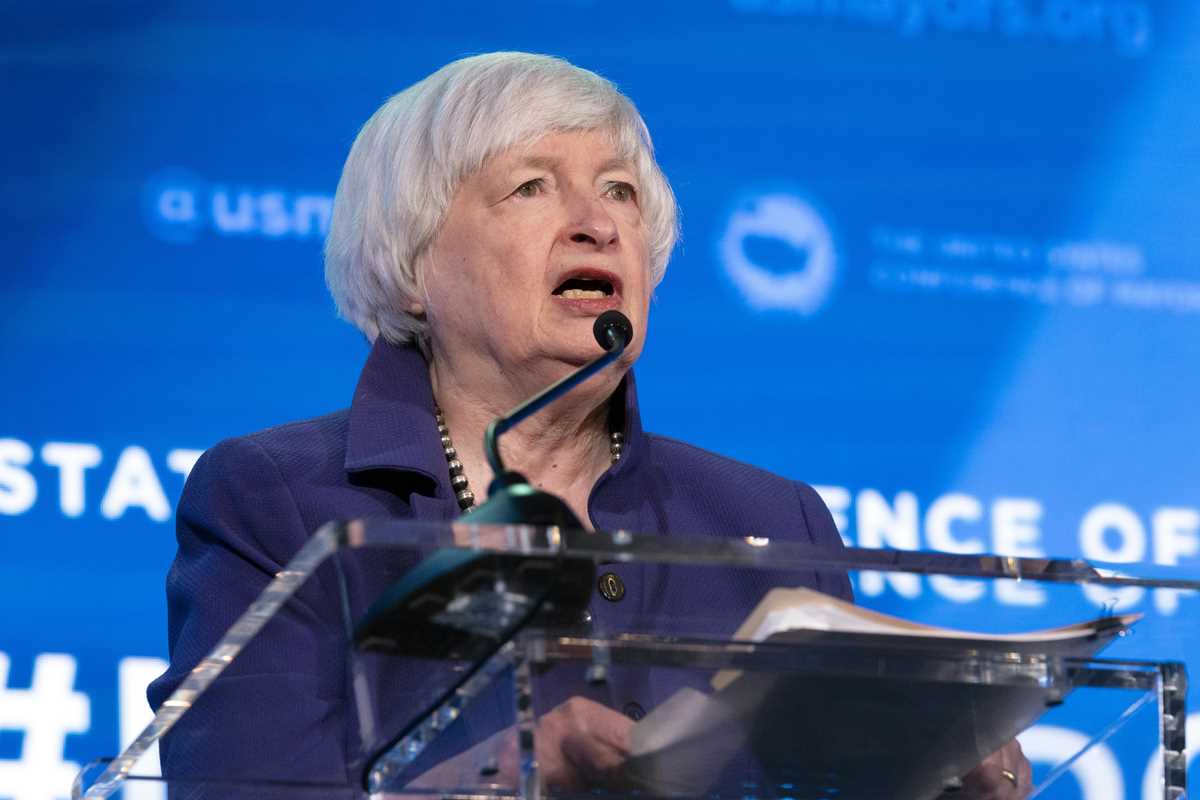 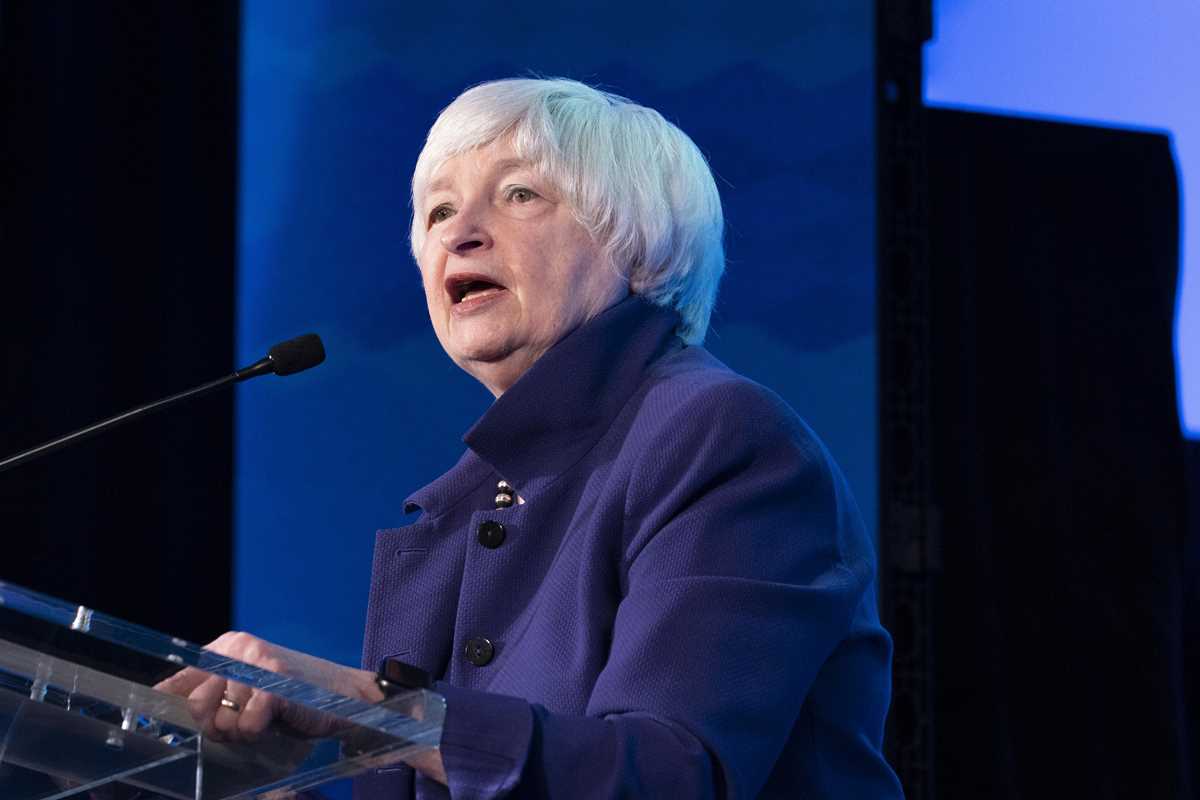 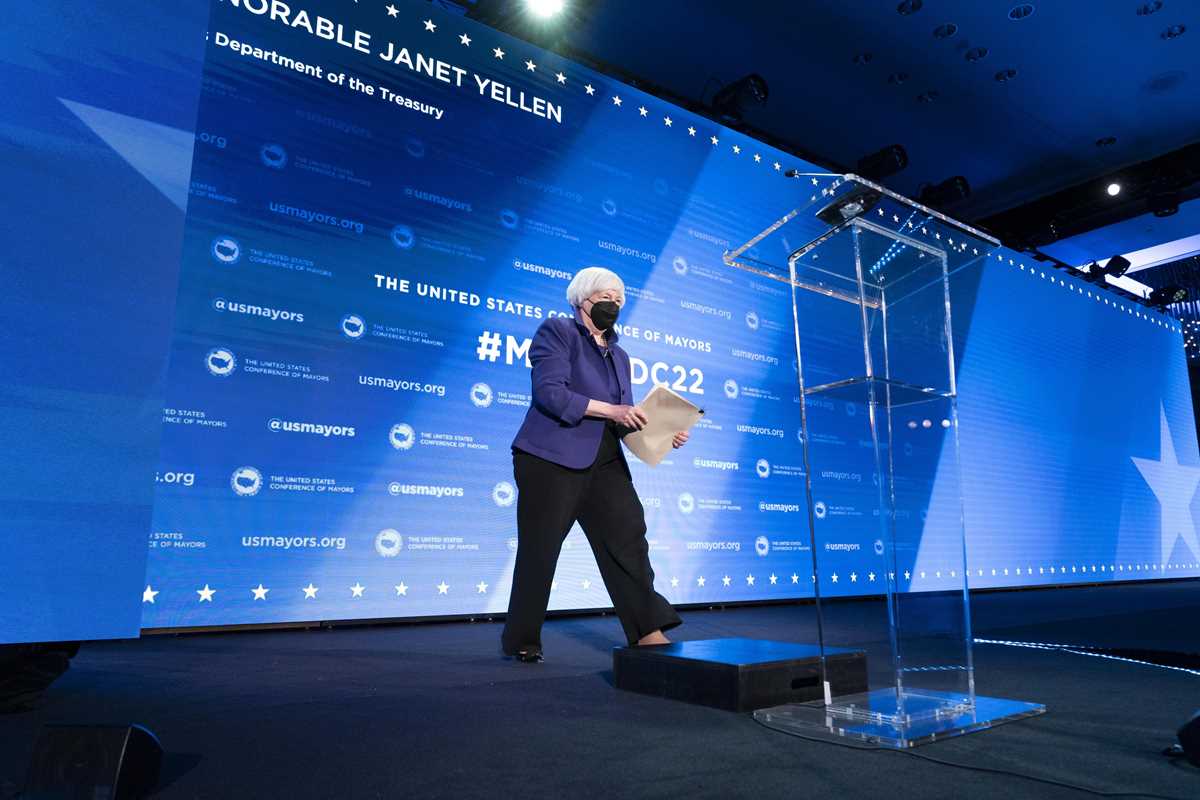 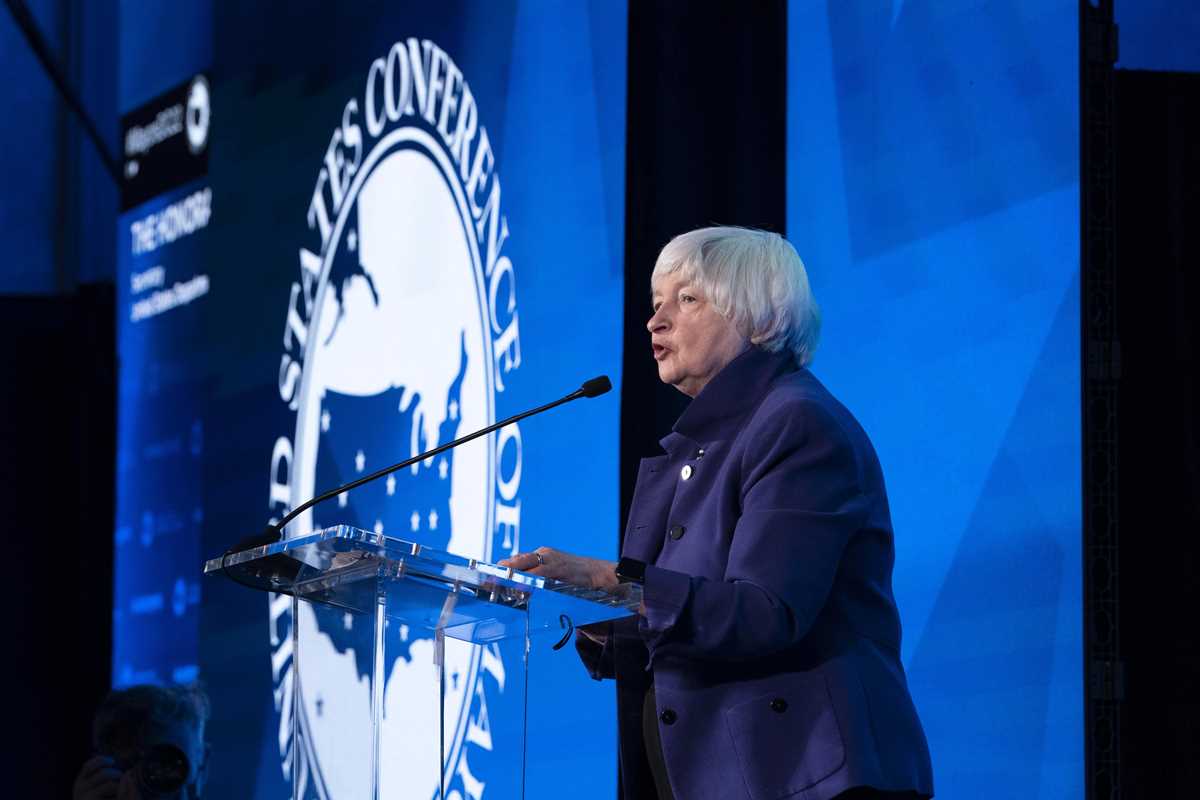 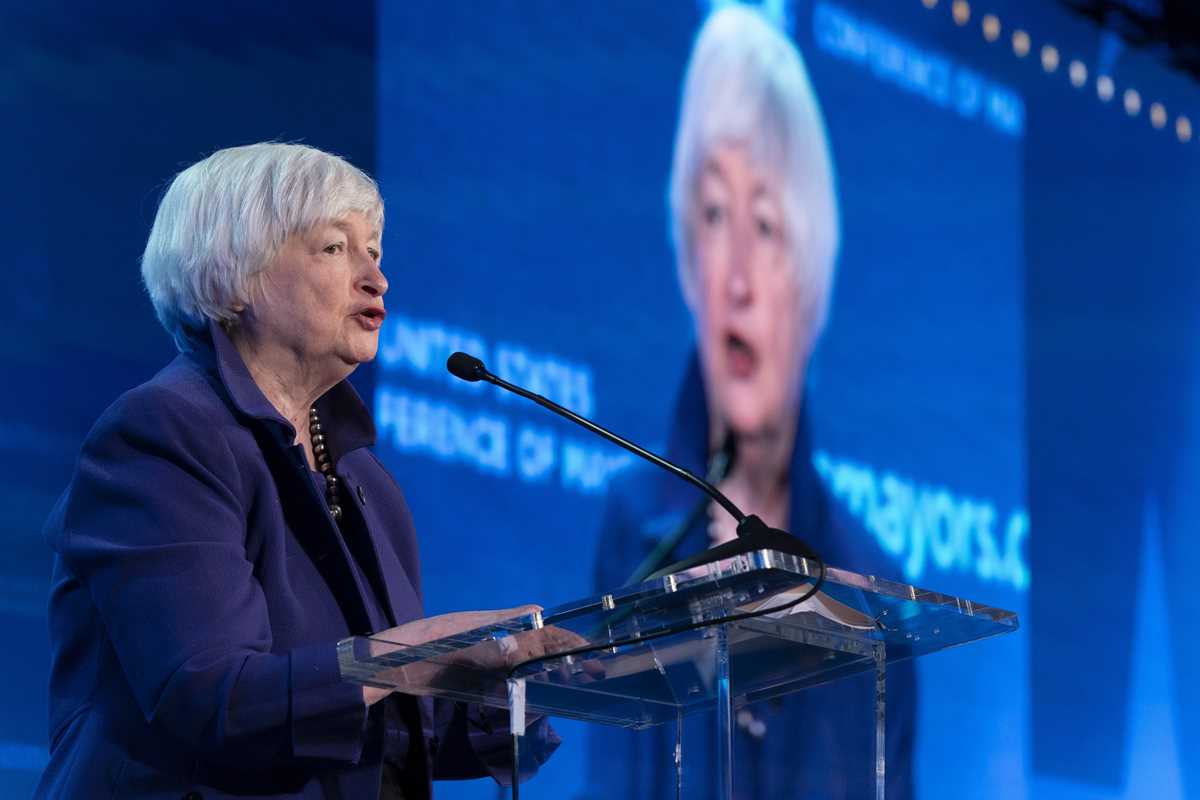 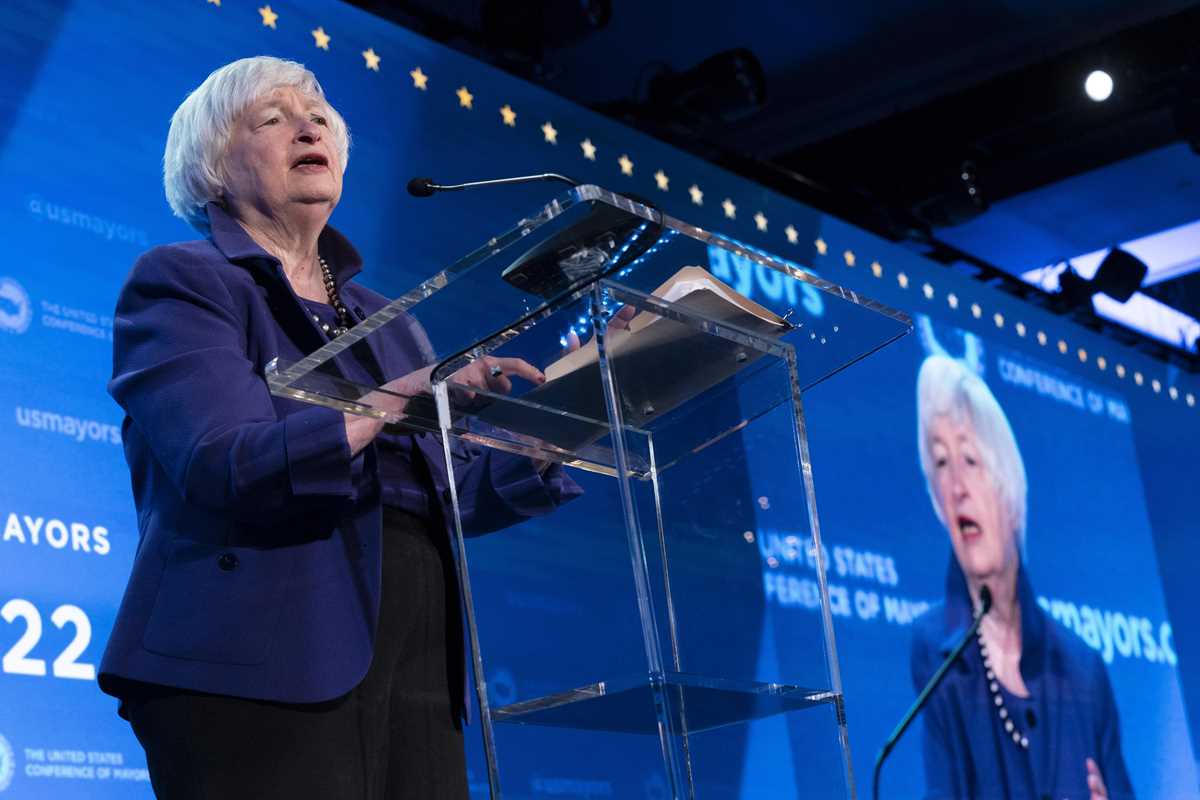 WASHINGTON (AP) — Treasury Secretary Janet Yellen told a gathering of America’s mayors on Wednesday that the Biden administration’s coronavirus relief bill was like a vaccine preventing catastrophic economic damage that could have returned the nation to the financial woes seen at the beginning of the pandemic.

President Joe Biden’s $1.9 trillion American Rescue Plan “acted like a vaccine for the American economy, protecting our recovery from the possibility of new variants,” Yellen said at the U.S. Conference of Mayors’ 90th winter meeting in downtown Washington.

“The protection wasn’t complete, but it was very strong,” Yellen said. “It prevented communities from suffering the most severe economic effects of omicron and delta.”

The mayors’ conference, headed by Miami Mayor Francis X. Suarez, is focused on American Rescue Plan resources for cities, equitable pandemic recovery, the reduction of gun violence and homelessness and combating climate change, among other issues.

Yellen spoke about the Treasury Department’s implementation of the American Rescue Plan’s $350 billion State and Local Fiscal Recovery Fund, which has provided direct fiscal assistance to states and local jurisdictions during the pandemic.

As of Jan. 6, the Treasury Department had distributed more than $245 billion of the fund for localities to expand access to testing and vaccines, support public sector hiring and provide child care, among other projects, according to the agency. It has since broadened the scope of eligibility for projects under the fund.

“At the time, I think we all believed that state and local funding was important, that it was essential,” Yellen said. “In retrospect, though, that program in particular — and the ARP in general — proved absolutely essential. You can draw a straight line between the ARP’s passage and our economic performance during delta and omicron.”

Other investors will focus on the industry’s largest players – such as Intel, Samsung, or Qualcomm… But did you know…. There are potentially bigger opportunities with these four companies are flying “under the radar”.

Yellen added that the pandemic recovery package created the environment for Biden’s $1 trillion infrastructure bill, which she called “the biggest investment we’ve made since Eisenhower built the Interstate.”

Biden signed the bipartisan infrastructure law in November, saying the new cash for roads, bridges, ports and more would make life “change for the better” for the American people. Several federal agencies, including the Transportation Department, the Environmental Protection Agency and the Agriculture Department, have since announced projects to improve roads, make water investments and implement broadband in rural communities.

Yellen said she was confident that a surge in coronavirus cases caused by the highly transmissible omicron variant “will not derail what has been one of the strongest periods of economic growth in a century.”

Promoting Biden’s social and environmental plan, which remains stalled in Congress, Yellen said, “while we don’t know the final form this will take, it will revolutionize how we care for children in this country, invest in climate change and overhaul the international tax system to ensure corporations pay their fair share.”