What Happened:  The rise in transactions was attributed to a shift of “opportunistic capital” to the yield farm on Fantom with high yields on stablecoins to the tune of approximately 30-60% APR, said Delphi Digital, in an emailed note. 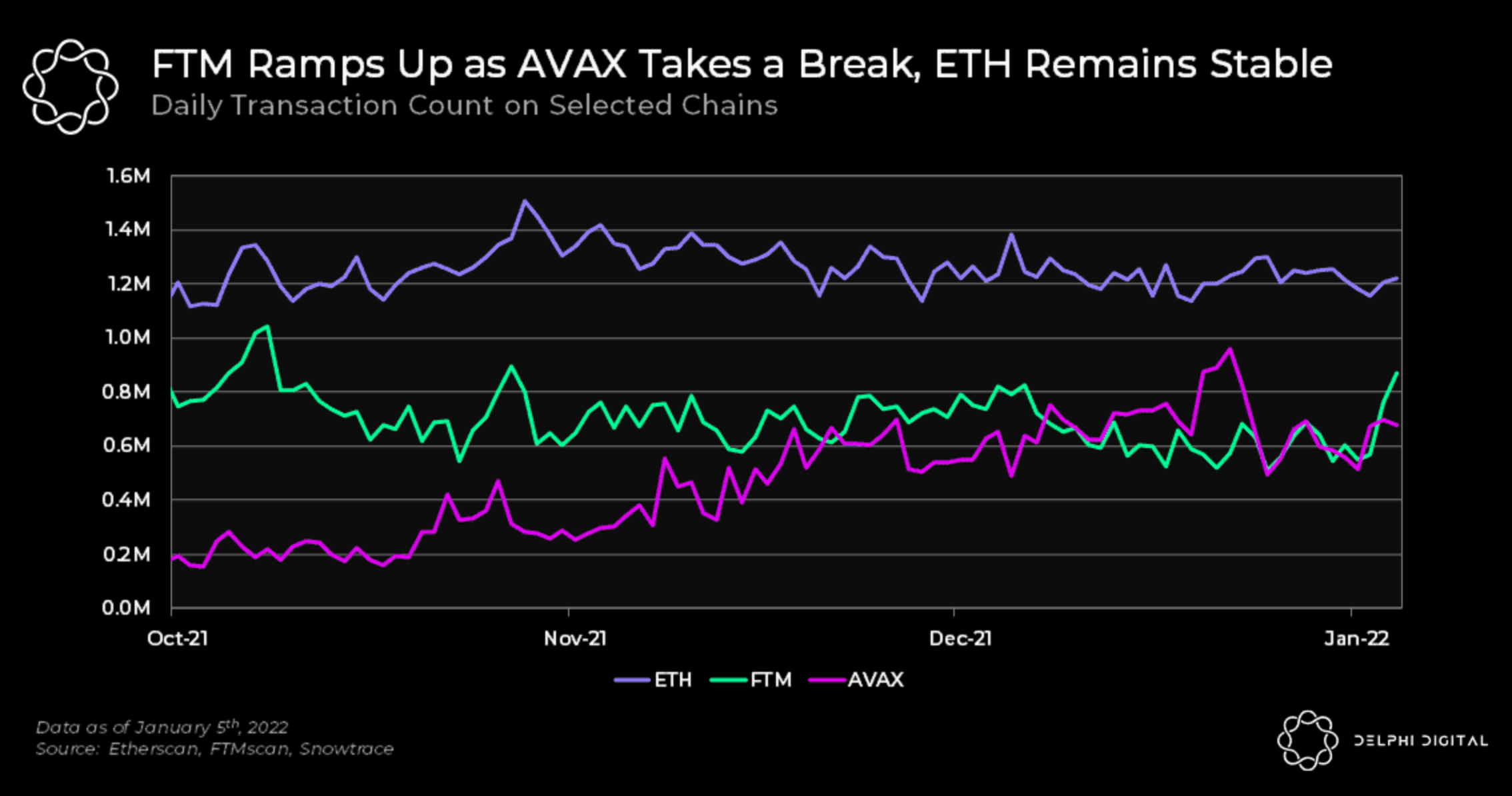 As per a chart shared by Delphi Digital, ETH daily transactions have remained in the region of 1.2 million, while FTM’s have exceeded the 0.8 million mark and AVAX’s have fallen below that level.

Adding momentum to Fantom are new projects. The independent research firm pointed to a new project launch from Frog nation’s Daniele Sestagalli and DeFi developer Andre Cronje, as an example.

Read Next: Was Solana Really Brought Down Again By DDoS Attackers This Week?