Ethereum (CRYPTO: ETH) developers have shrugged off a warning from analysts at JPMorgan that scaling up for the network may come too late to ward off competition from rival projects.

Pointing to an in-place mechanism that allows transactions to be executed off-chain, Beiko said, “Rollups are live today, and sharding will lower their costs, but the tech works and is now massively derisked.”

The Graph (GRT) co-founder Tegan Kline said Ethereum was the most widely used chain on the Ethereum indexing protocol.

“Of the 26 networks that The Graph supports, 66.7% of the queries are on Ethereum” said Kline.

Kline pointed to chain security being important and said “for the foreseeable future Ethereum has the most security,” reported Decrypt.

Why It Matters: This week, JPMorgan analyst Nikolaos Panigirtzoglou wrote that unless the “most critical” phase of Ethereum’s efforts to scale is completed in 2023, the network’s 70% DeFi market share could drop further.

“The optimistic view about Ethereum’s dominance is at risk. Scaling, which is necessary for the Ethereum network to maintain its dominance, might arrive too late,” wrote Panigirtzoglou.

The total value locked in DeFi amounted to $230.8 billion, according to Defi Llama data. Ethereum with a TVL of $144.9 billion dominated the segment. 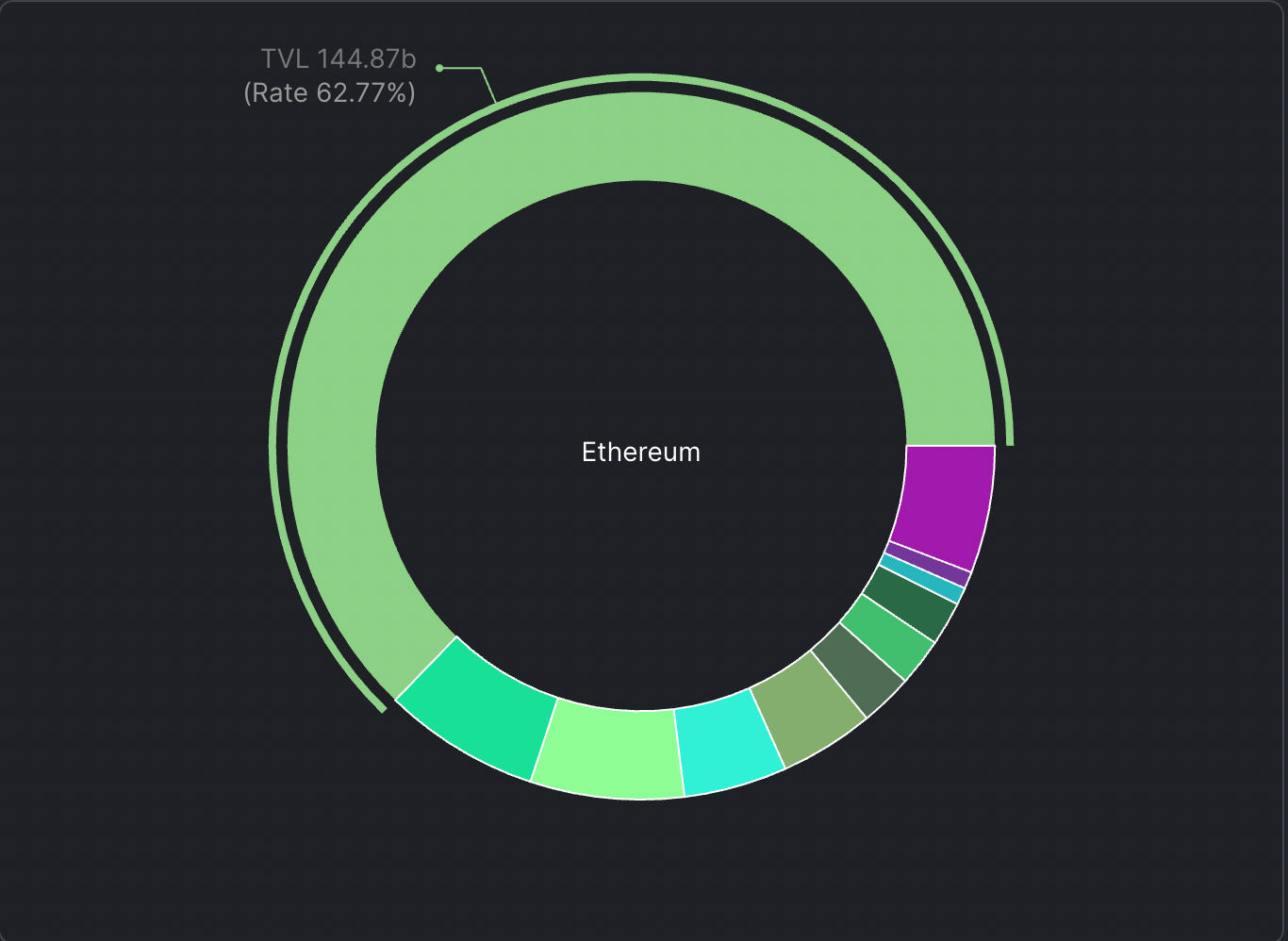 Competitors such as Terra (LUNA), Avalanche (AVAX),  and Solana (SOL) have significantly lower TVL at 16.2 billion, 10.9 billion, and 10 billion, respectively.

The Graph’s Kline said that DeFi projects on other blockchains are “driven by token incentives” but Ethereum could head in that direction as well, as per Decrypt.

“Once Ethereum layer 2 adopts those same incentives, we are likely to see a lot more DeFi activity on Ethereum.”

Even so, Ethereum-rivals have seen a significant uptick in activity boosted by a surge in the popularity of nonfungible tokens, DeFi and smart contracts in 2021.

Read Next: Why Fantom (FTM) Has Overtaken Avalanche In Daily Transactions