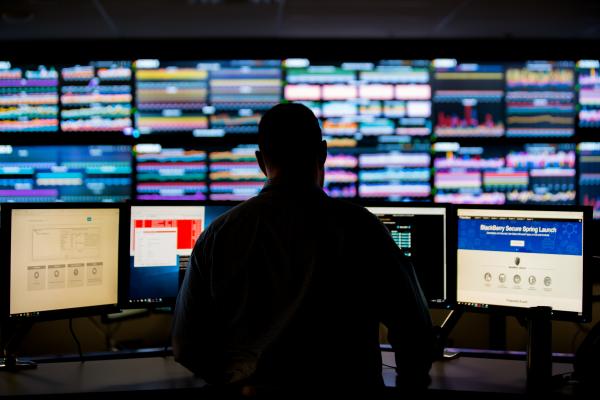 BlackBerry Ltd (NYSE:BB) was one of the most popular meme stocks of 2021, and high hopes for the former smartphone maker’s turnaround efforts as a cybersecurity company sent shares soaring from under $7 to a high of $28.77 in January 2021. Unfortunately, the rally fizzled out from there as BlackBerry’s latest turnaround effort failed to generate meaningful business momentum in recent quarters. Empire Financial Research Senior Editor Hank Greenberg recently said there’s no reason for investors to believe the stock will find its footing in the future.

Fall Of BlackBerry: As of Jan. 4, BlackBerry no longer supports its legacy smartphones, which once dominated the market. In response to the official end to its smartphone business, Greenberg wrote this week that it’s surprising BlackBerry still exists at all.

“Once the company’s core product got bludgeoned by the rise of Androids and iPhones, and after a revolving door of CEOs, BlackBerry pivoted to software… first, as a core software for cars, and then cybersecurity and the Internet of Things (IoT),” Greenberg wrote.

Unfortunately, he said BlackBerry’s revenue and free cash flow have continued trending in the wrong direction throughout its multiple pivots, and BlackBerry has recently resorted to selling patents to stay afloat. Greenberg said even BlackBerry’s “Plan B” patent sales aren’t going according to plan. CEO John Chen said on the company’s third-quarter earnings call that the patent sales process is taking “much longer than we had hoped.”

Limited Options: Meanwhile, BlackBerry reported another 15.6% decline in revenue in the most recent quarter, and Greenberg said a potential buyout seems unlikely at this point with the stock still priced at an expensive seven times sales.

“The truth is, BlackBerry is a turnaround eight years in the making that simply hasn’t happened… and by all accounts, it isn’t likely to,” Greenberg said.

Benzinga’s Take: Over the past year, BlackBerry shares have followed the same trajectory as most of the other 2021 meme stocks with struggling underlying businesses. Once the hype surrounding turnaround stocks like BlackBerry, AMC Entertainment Holdings Inc (NYSE:AMC), GameStop Corp. (NYSE:GME) and others started to wear off, the companies were unable to deliver the type of solid business fundamentals needed to support such high share prices.

Also See: This ETF Brings Exposure To Meme Stocks: A Look At The Holdings