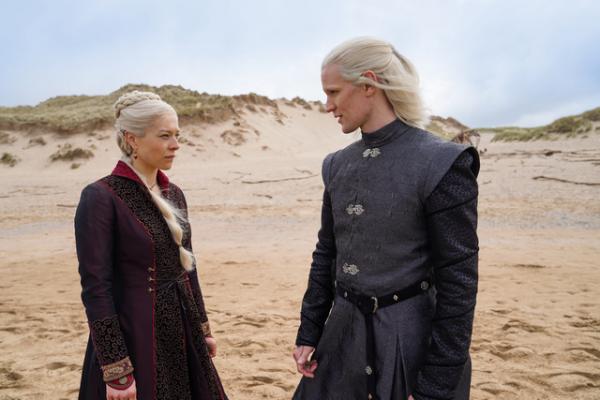 The battle for consumers’ attention continues with traditional television and streaming platforms competing for the most minutes watched in 2022.

What Happened: IMDb, a movie and television show database owned by Amazon.com, Inc. (NASDAQ: AMZN), shared the most anticipated new television series for 2022. The results are based on page views for the series from more than 200 million monthly visitors.

Here is a look at the 10 most anticipated new shows for 2022 and what it could mean for some publicly traded companies.

1. House of the Dragon: A “Game of Thrones” prequel called “House of the Dragon” ranks as the most searched 2022 new show on IMDB. The show’s first season of 10 episodes doesn’t have a release date but will air on HBO and HBO Max, which could boost the profile for parent company AT&T Inc. (NYSE: T) in 2022. A teaser trailer released in October has more than 14 million views.

3. Pam & Tommy: Hulu brings the story of celebrity couple Pamela Anderson and Tommy Lee to the small screen with the appropriately titled “Pam & Tommy.” The show will center on the release of a sex tape of the couple, which is noted as one of the first viral videos in history. The series has the potential to be one of the most talked-about shows in 2022.

4. The Sandman: Author Neil Gaiman has seen several of his works turned into movies and shows before. Gaiman’s comic book series “The Sandman” comes to the small screen with a live-action adaptation on Netflix Inc (NASDAQ: NFLX) in 2022. The comic series was a member of the New York Times Best Seller list, a rare feat for comics and graphic novels.

Related Link: Here Are The 10 Most Watched Netflix Series Of All Time

5. The Last of Us: Video game “The Last of Us” from Sony Group Corp (NYSE: SONY) unit Naughty Dog gets the small-screen adaptation. There is no release date for the post-apocalyptic series yet for the show that will air on HBO. The series will star Pedro Pascal, well-known for his take as the title character on Disney+ series “The Mandalorian.” This marks the first HBO series based on a video game series.

6. Obi-Wan Kenobi: Surprisingly not ranked higher on the list is the upcoming Disney+ release “Obi-Wan Kenobi.” The Star Wars series brings back Ewan McGregor as the title character and Hayden Christensen as Anakin Skywalker/Darth Vader. The series takes place after “Star Wars: Revenge of the Sith,” filling in plot details fans have been waiting for years to see.

This is the type of show that typically leads to new downloads to binge-watch the show, which could boost Disney+ figures and Walt Disney Co (NYSE: DIS) stock throughout the year, much like in a similar fashion to “The Mandalorian.”

7. She-Hulk: Another Disney+ series is “She-Hulk,” which will be part of the fourth phase of the Marvel Cinematic Universe. The movie centers on She-Hulk, cousin of Bruce Banner/the Hulk. The series will feature Mark Ruffalo, who stars as the Hulk.

8. Ms. Marvel: One of the most talked-about series for several reasons could end up being “Ms. Marvel.” The series features the first Muslim lead character for Marvel with 16-year-old Pakistani-American Iman Vellani starring as Kamala Kahn/Ms. Marvel. The series is set for six episodes and will be part of the fourth phase of the Marvel Cinematic Universe. The series will also introduce characters for Disney’s 2023 big screen release “The Marvels.”

9. Peacemaker: Introduced as a character in the 2021 “Suicide Squad,” John Cena returns as the title character in “Peacemaker.” The show begins on Jan. 13 on HBO Max and serves as a spinoff of “Suicide Squad” from writer-director James Gunn who returns for the series.

10. Moon Knight: Announced in 2019 as part of the fourth phase of the Marvel Cinematic Universe, “Moon Knight” is another comic book adaptation that will air on Disney+ in 2022. The series stars Oscar Isaac as the title character. Six episodes of the series will air in 2022.

Benzinga’s Take: For those keeping score at home, Disney grabs four of the top 10 spots on the list, which could mean a strong year for Disney+. Many have argued the streaming platform doesn’t have enough new content to compete with other streaming players. That could be silenced in 2022 with a couple of potential hits.

AT&T’s HBO division grabs three names on the list, which could give the entertainment division a strong 2022. The company’s “The Batman” also ranked as the most anticipated movie for 2022.

Amazon, Hulu and Netflix each grabbed one name on the list. Of the three, the “The Lord of the Rings” series on Amazon.com is likely in for a big year and could be one of the biggest shows of 2022.

The list from IMDb only features 10 of the hundreds of new shows set to be released in 2022. A list from Variety recently called “Bel-Air” the most anticipated show of 2022. The reboot of the 1990s show “The Fresh Prince of Bel-Air” will be featured exclusively on Peacock, the streaming platform from Comcast Corporation (NASDAQ: CMCSA).