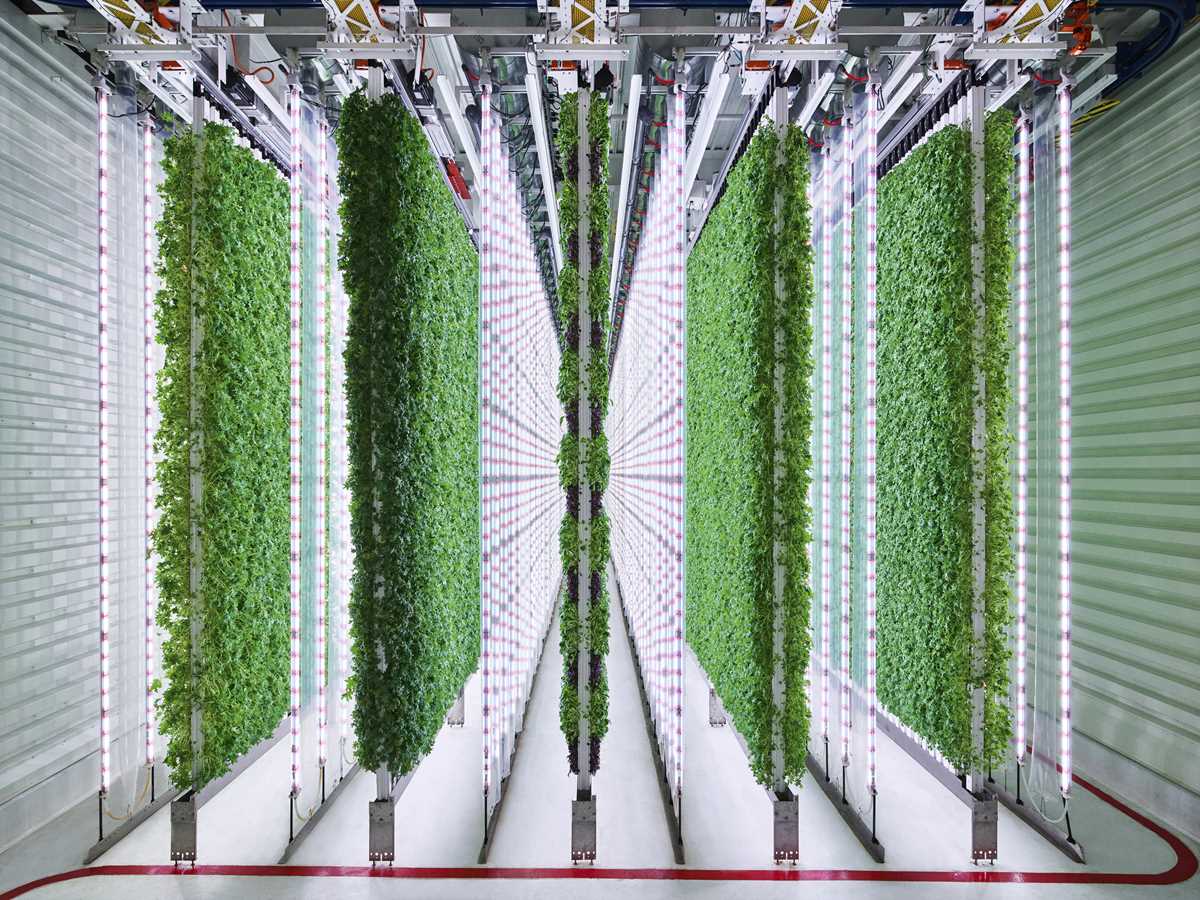 This undated photo provided by Walmart via Plenty, shows the Plenty Farms South San Francisco grow room. Plenty says its vertical towers can grow multiple crops on one platform with consistent flavor and deliver higher yields per acre compared to that of a field. Walmart said Tuesday, Jan. 25, 2022, it has taken a stake in agriculture startup Plenty, becoming the first large U.S. retailer to significantly invest in indoor vertical farming as a way to deliver fresher produce to its stores. (Spencer Lowell/Plenty/Courtesy of Walmart via AP) 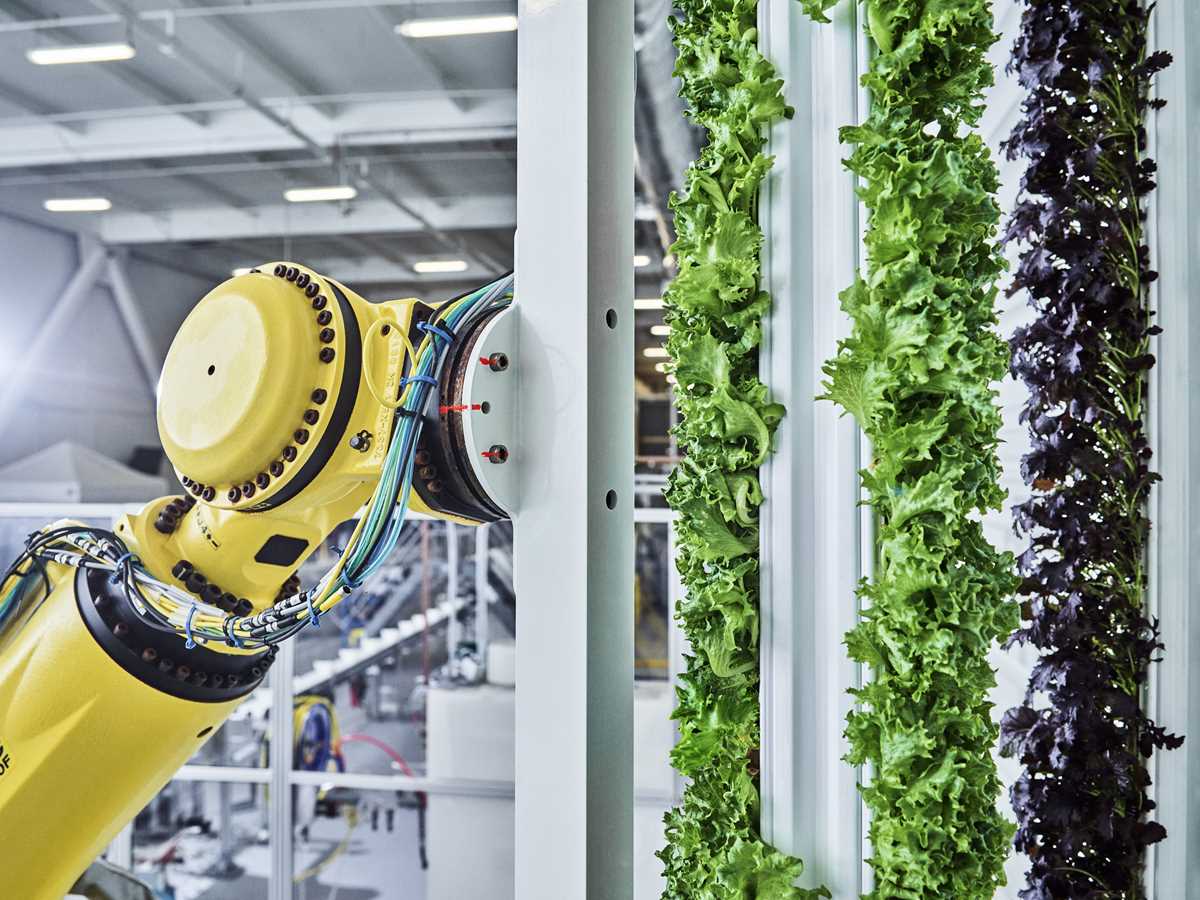 This undated photo provided by Walmart via Plenty, shows a Plenty Farms tower robot. Walmart said Tuesday, Jan. 25, 2022, it has taken a stake in agriculture startup Plenty, becoming the first large U.S. retailer to significantly invest in indoor vertical farming as a way to deliver fresher produce to its stores. (Spencer Lowell/Plenty/Courtesy of Walmart via AP)

NEW YORK (AP) — Walmart said Tuesday it has taken a stake in agriculture startup Plenty, becoming the first large U.S. retailer to significantly invest in indoor vertical farming as a way to deliver fresher produce to its stores.

Vertical farmers tout their high-quality produce that brings higher yields while using less water and land. The method also doesn’t use pesticide, and the produce can be grown year round near the point of distribution, increasing the reliability of supply.

Walmart, the nation’s largest retailer, declined to comment on the size of its investment or the financial terms of the deal. But the retailer based in Bentonville, Arkansas, said that it will join Plenty’s board at the close of the transaction.

The deal comes as grocery stores are under pressure to have more environmentally friendly practices. Plenty, based in San Francisco, is one of many players in the fast-growing field of indoor farming. Others include Morehead, Kentucky-based AppHarvest, and New York-based Gotham Greens.

In a recent global survey, consulting firm Agritecture — which works with urban farmers — found that at least 74 indoor farming companies were founded in 2020 alone.

Plenty, which was founded in 2014 and has a vertical farm in South San Francisco, also operates an indoor plant science research facility in Laramie, Wyoming. It is now building in Compton, California, what it says will be the world’s highest output vertical indoor farm, due to open in the second half of this year.

Plenty said its vertical farming towers are designed to grow multiple crops on one platform in a building the size of a big box retail store. Its systems feature vertical plant towers, LED lighting and robots to plant, feed and harvest crops. It says its farms use 1% of the land that an outdoor farm requires while delivering anywhere from 150 to 350 times more food per acre.

Walmart said that under the deal, Plenty’s Compton farm will send leafy greens to Walmart’s California stores beginning later this year. It said the vertical farms will supplement, but won’t replace, traditional farming practices, while helping increase the food supply in a sustainable way.