In the past 10 years Barbara Stewart, CFA, has interviewed more than 850 women on money, investing and trading. Stewart publishes research on financial behaviors to show how smart women think and communicate. She started off as a currency trader.

She traded USD/CAD and just about every other major currency pair for five years at the Bank of Montreal before becoming a portfolio manager for high-net worth entrepreneurs. In 2009, she realized the time had come for a career change. “The calls I was getting to cash out at the lows were universally from the males of the couple so I began to wonder, why do we have this “women are risk averse” stereotype? My experience shows women aren’t risk averse; it is their partner.”

That question on risk aversity led Stewart to a career centering on myths and stereotypes tied to women, finance and money. We talked with Stewart about some of the myths she sees in areas from currency trading to equity investing and what’s changing them. Her observations follow.

“My research shows women are not risk averse. They are risk aware” Stewart says. They are cautious and intuitive, which is really important for a trader. It doesn’t mean they won’t take risks. They will take calculated risks and can think really quickly, which is terrific.

A 2018 Reuters article entitled “Wall Street Wants More Female Traders, But Old Perceptions Die Hard” quoted Jon Regan with executive search firm Sheffield Haworth who said, “trading is a hard one to crack.” He said it hasn’t changed much, although firms are working hard to improve their gender ratios.

Stewart points out that access to data is the lever of change. Now it’s easy to track the data to show who is the big producer and who is not. That makes trading today an equal opportunity for men and women because it’s a bottom line business, according to Stewart. And despite old perceptions, more and more women are thriving as traders. 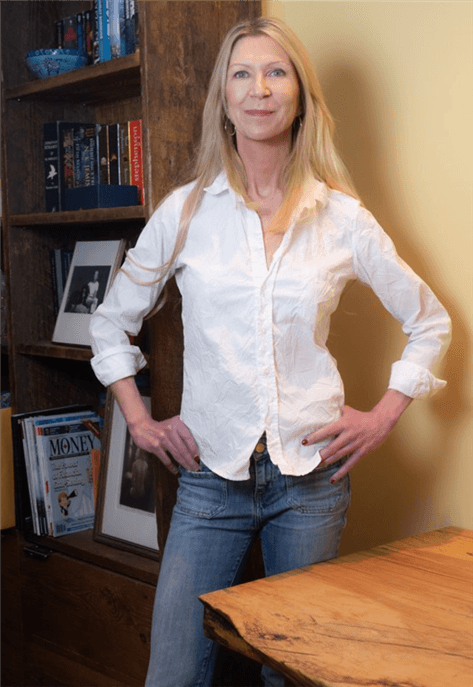 We have experienced an ‘en masse’ cross-industry realization that we are more likely to attract women’s financial assets if we communicate with them in their language, Stewart points out. An ad by Starling Bank with CEO Ann Boden may have said it best. “You’re not bad with money, you’re just with the wrong bank.”

Myth #4: A big gap exists between the number of men holding equities vs women

Historically, about 60% of US men invested in stocks compared with only 40% of women. But this gender gap has shrunk considerably. According to Gallup data from March-April 2020, 58% of men and 52% of women own stocks.

“There is a compelling post-pandemic trend in place that aligns with my own predictions around the rising popularity of online investing for women and the impact this will have on closing the retail investing gap,” Stewart says.

She also points out that funds and ETFs have predominantly been run by men. According to research from Morningstar on US institutional investors, fewer than 10% of money managers are women, compared with 37% of doctors, 33% of lawyers, and 63% of auditors and accountants. This dearth presents a barrier to women investing, since at least some favor working with other women.

Myth 5: Women Are Uninterested in Investing and Trading

Actually, what women are “not interested in” is the poor communication style of an archaic investment industry, points out Stewart. Her interviews indicate that most women find charts and graphs feel dry and dull. Most say they prefer stories about real people and learn about finance and success through conversations with mentors, role models, families, friends.

She points to a trend among younger women who pull together around finance, sometimes very informally in Facebook communities and quickly reach 100k members. “This has been the number one thing that has really changed the idea that women aren’t interested in investing because they are. They’re so interested in talking about it, learning about it and doing it,” Stewart points out.