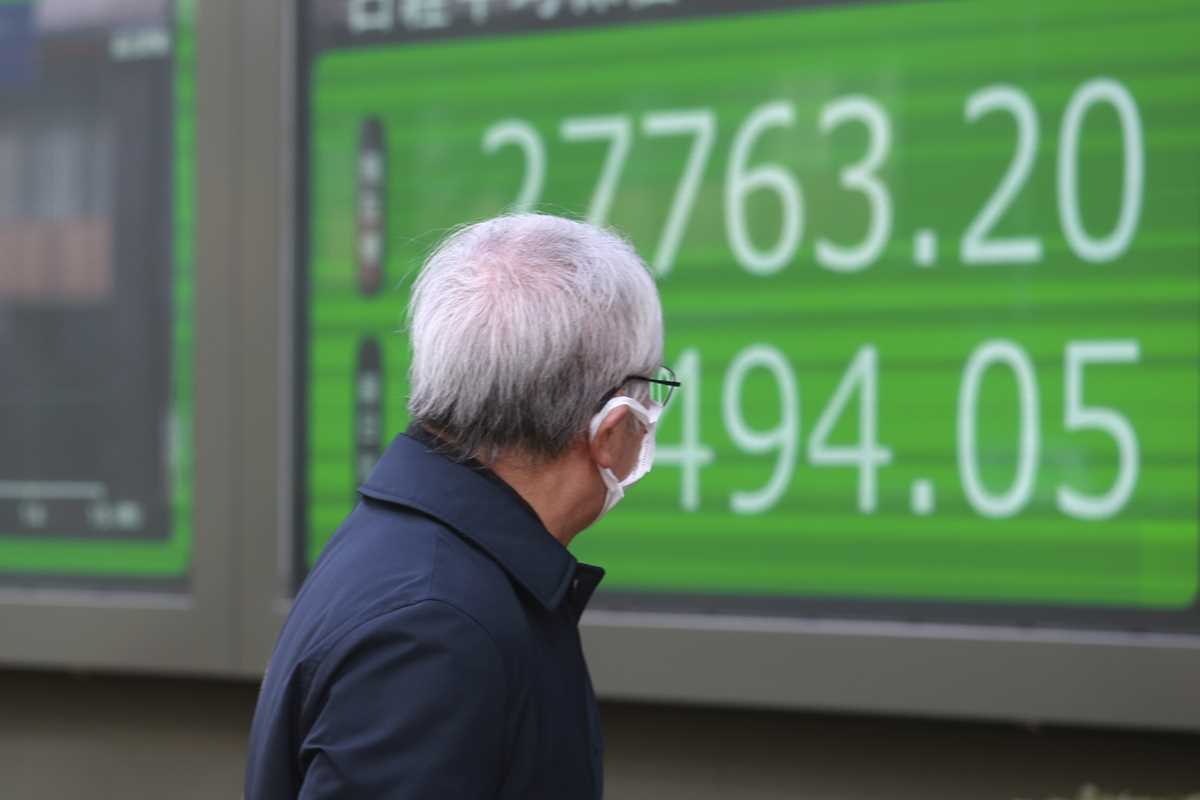 A man looks at an electronic stock board of a securities firm in Tokyo, Wednesday, Jan. 19, 2022. Asian shares were lower Wednesday after a retreat on Wall Street. (AP Photo/Koji Sasahara) 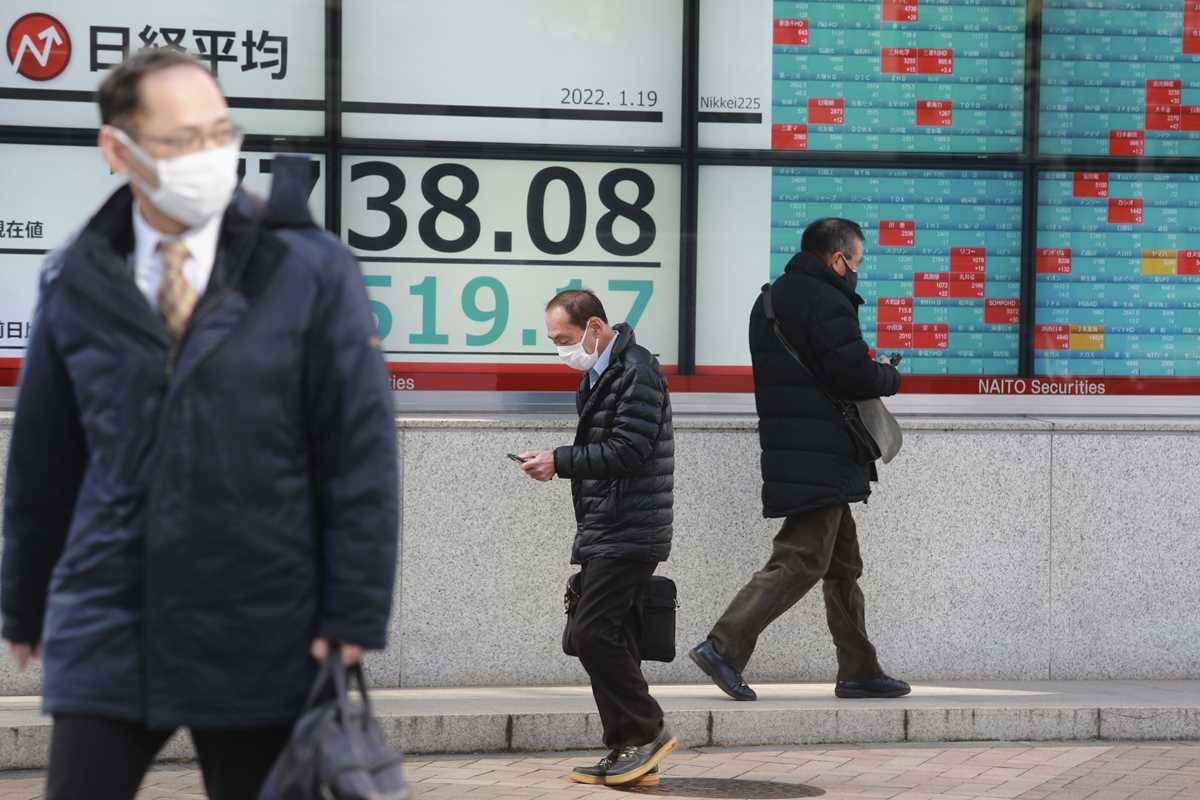 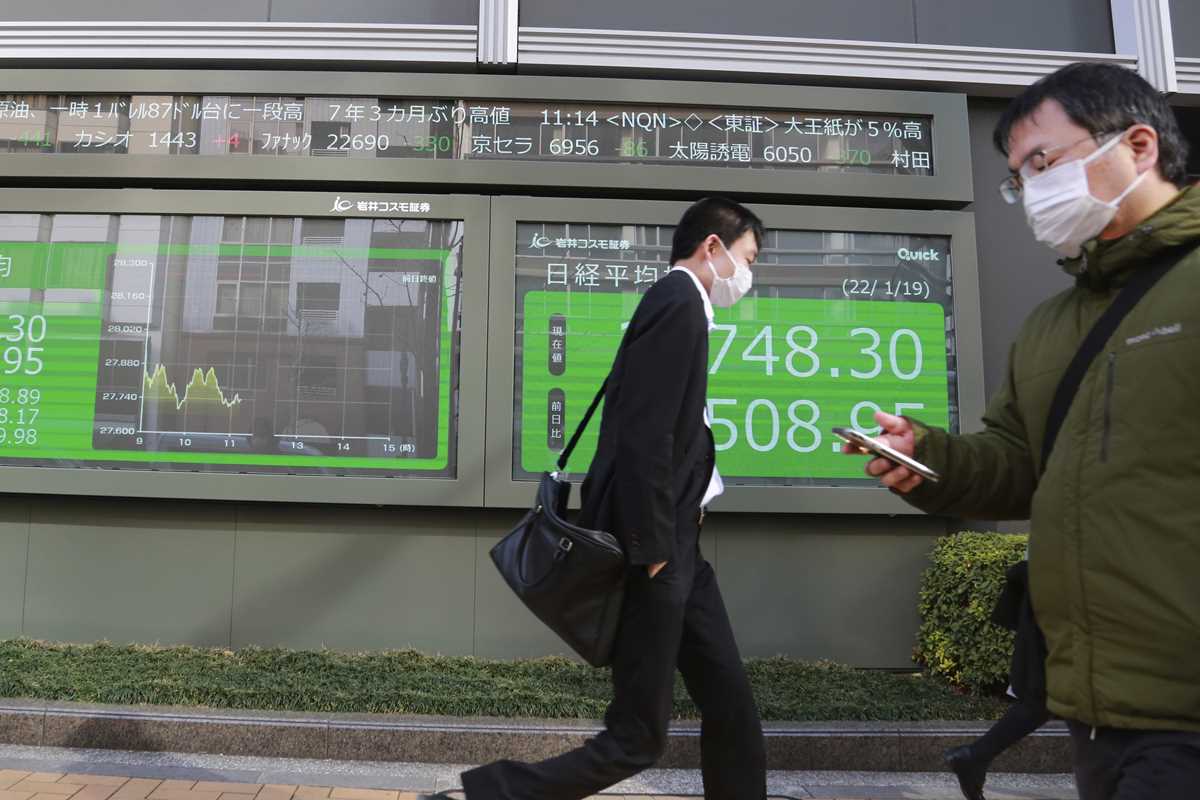 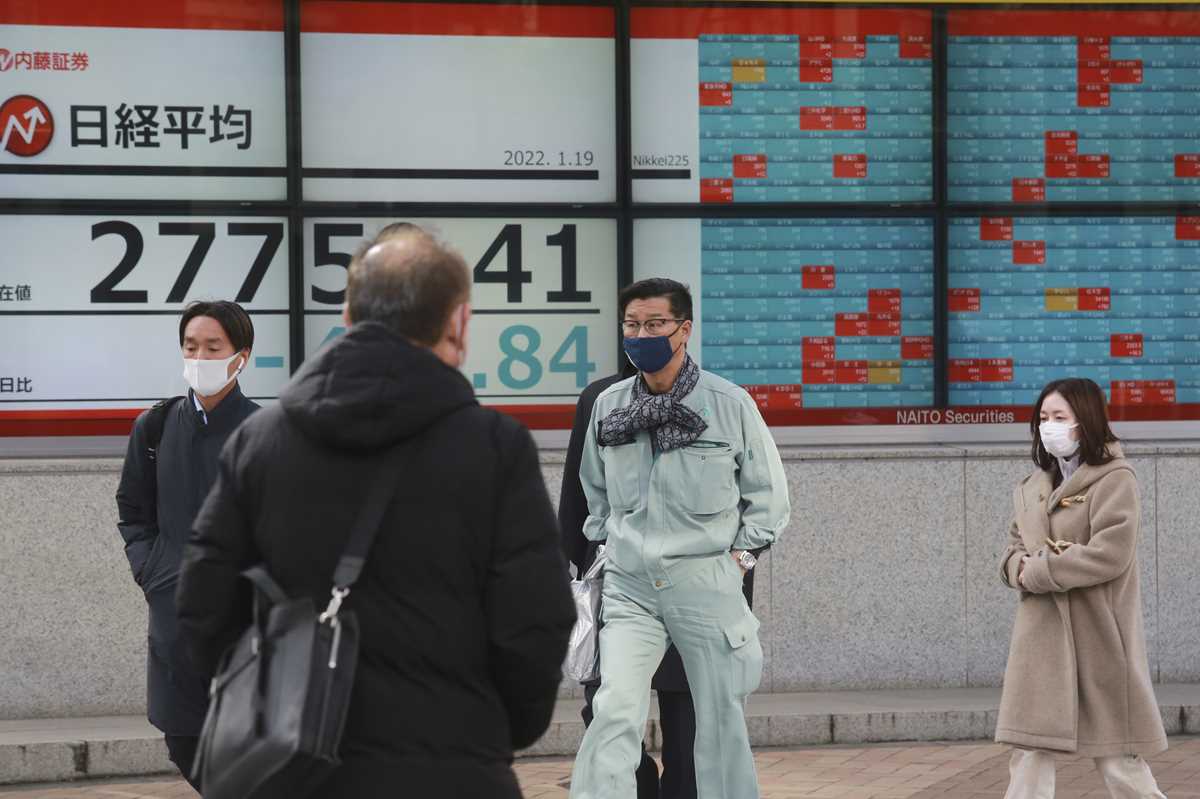 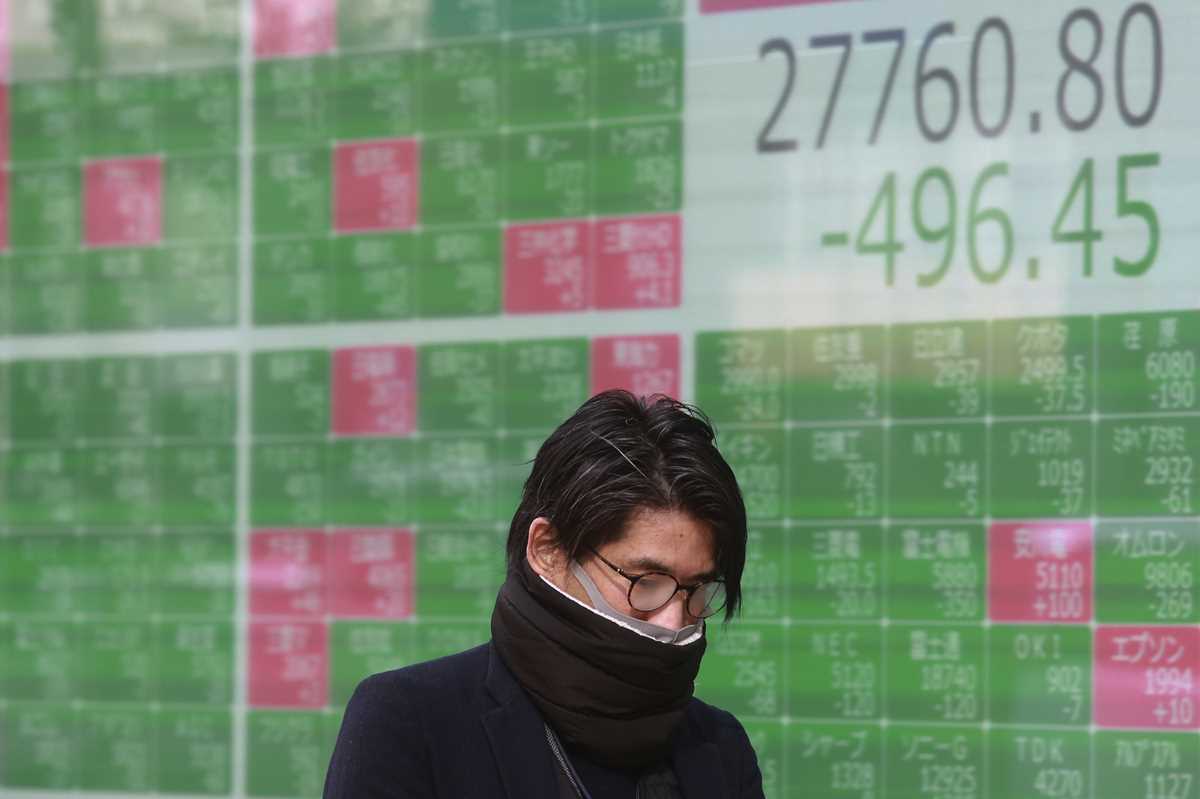 A man walks by an electronic stock board of a securities firm in Tokyo, Wednesday, Jan. 19, 2022. Asian shares were lower Wednesday after a retreat on Wall Street. (AP Photo/Koji Sasahara)

TOKYO (AP) — Stocks are recovering some of their losses Wednesday after hitting a low for the year a day earlier. The S&P 500 is up 0.6% in the first minutes of trading, while the Nasdaq Composite is up 0.8% and the Dow Jones Industrial Average is up 0.3%. Bank of America is among the leading gainers, up 3.7% after saying its profits rose 28% last quarter from a year earlier, well above what Wall Street expected. U.S. Bancorp. plunged over 5% after reporting disappointing fourth-quarter results. Procter & Gamble is rising after it beat analysts expectations with its own quarterly results.

THIS IS A BREAKING NEWS UPDATE. AP’s earlier story appears below.

Global shares mostly fell in cautious trading on Wednesday, with Tokyo’s Nikkei 225 down nearly 3%, after stocks on Wall Street sank to a new low for the year.

Losses in global indexes have mounted this month as rising inflation and the pandemic’s latest surge has caused investors to take caution.

The Federal Reserve and other central banks are under pressure to curb inflation after U.S. consumer prices rose last month at their fastest pace in nearly 40 years. At the same time, the U.S. job market has bounced back, leaving the unemployment rate last month at a pandemic low of 3.9%. That gives the Fed more leeway to rein in the unprecedented support it’s been providing the economy since the pandemic struck.

Higher rates could help stem inflation but would also mark an end to the conditions that have put markets in “easy mode” for many investors since early 2020.

Other investors will focus on the industry’s largest players – such as Intel, Samsung, or Qualcomm… But did you know…. There are potentially bigger opportunities with these four companies are flying “under the radar”.

Japan’s benchmark Nikkei 225 dropped 2.8% to finish at 27,467.23, its lowest close since August, on heavy selling of big manufacturers like Toyota Motor Corp., which lost 5%.

Sony Corp. plunged 12.8% following the announcement Tuesday that Microsoft is paying $68.7 billion for Activision Blizzard, the maker of Candy Crush and Call of Duty, as it seeks an edge in the fiercely competitive businesses of mobile gaming and virtual-reality technology.

The deal will turn Microsoft, maker of the Xbox gaming system, into one of the world’s largest video game companies and help it compete with tech rivals such as Meta, formerly Facebook, in creating immersive virtual worlds for both work and play.

Market players are watching for the latest earnings releases, with Bank of America, UnitedHealth and United Airlines reporting results on Wednesday. Earnings of American Airlines, Union Pacific and Netflix are due on Thursday.

Brent crude, the international standard, rose 59 cents to $88.10 a barrel.

Should you invest $1,000 in United Airlines right now?

Before you consider United Airlines, you’ll want to hear this.

MarketBeat keeps track of Wall Street’s top-rated and best performing research analysts and the stocks they recommend to their clients on a daily basis. MarketBeat has identified the five stocks that top analysts are quietly whispering to their clients to buy now before the broader market catches on… and United Airlines wasn’t on the list.

While United Airlines currently has a “Hold” rating among analysts, top-rated analysts believe these five stocks are better buys.