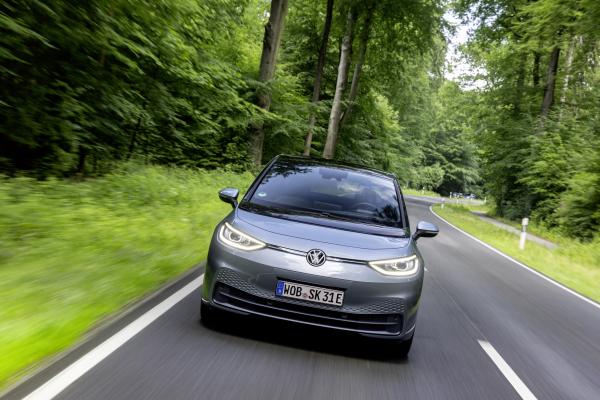 Volkswagen Group (OTC: VWAGY) said on Tuesday it has set a target of doubling ID electric vehicle sales in China this year after significantly missing the delivery volume last year due to semiconductor shortages that hurt production.

What Happened: The German automaker told Benzinga it aims to sell a minimum of 140,000 IDs in China in 2022 as it continues to face chip shortages headwind.

Volkswagen delivered 70,625 ID electric vehicles last year, a number that was significantly short of the ambitious target to sell between 80,000-100,000 units in 2021.

The legacy automaker has only been selling the locally-made ID. family of electric vehicles in China since June while others have been selling their units for the entire year. The automaker currently sells the ID. 3, ID.4 and ID.6 models in the country.

Volkswagen said it was unable to match production to demand due to a lack of semiconductors and the situation was made worse by factory shutdowns related to the pandemic.

The automaker sees the chip supply situation remaining volatile for the first half and expects a “progressive recovery, with production stabilizing over the course of the year.”

The automaker said it is now ramping up efforts in China with about 6,000 salespeople in 250 cities and around 115 showrooms in over 30 cities. It also plans to open more ID showroom concepts.

Why It Matters: Last month, Volkswagen’s CEO Herbert Diess praised China for its speed and technology and called for more cooperation and presence in the region.

See Also: Volkswagen CEO Herbert Diess Keeps His Job, Company Ramps Up EV Investments As It Looks Ahead To ‘Important Years Of Transformation’

The German automaker makes the ID EVs with its Chinese joint venture partners SAIC Motor and FAW Group and faces stiff competition from homegrown electric vehicle startups such as Nio Inc (NYSE: NIO) AND Xpeng Inc (NYSE: XPEV) among others.

For the record, Volkswagen delivered 13,787 ID series of electric vehicles in China in December, more than Nio which squeezed out just a little over 10,000 units during the month.