Vulcan’s point of difference is that it’s going for a much greener approach to getting lithium out of the ground, combining the processes of generating thermal energy and extracting lithium. It hopes this zero-carbon twist will chime with European governments and corporate customers and give it an extra leg-up.

At its site in Germany’s Upper Rhine Valley, Vulcan will use a geothermal plant to extract hot, lithium-rich brine from 2000 metres underground. The heat is extracted for turbine-generated electricity, and the lithium is extracted for processing. The refining into lithium hydroxide is powered by the plant’s own geothermal supply, and surplus electricity will be sold into the German grid as an additional income stream. The expended brine is returned to the underground reservoir, rather than accumulating in evaporation ponds like the brine projects of Latin America.

This is why Germany’s Alster Research put a “buy” recommendation on Vulcan in late September, with a $2.55 price target (the stock is one of many ASX companies that can be traded on the Frankfurt Exchange). It said the potential resource of 15.37 million tonnes of lithium carbonate equivalent was “an outstanding magnitude, which is likely to attract increasing attention among investors”. Alster sees more promise in Vulcan’s resource and its tech than at Standard Lithium, a comparable US brine operator fancied by investors, and reckons the zero-carbon element could mean Vulcan can sell its product at a premium.

But wait. Vulcan hasn’t yet released its prefeasibility study – the essential first step to even demonstrate the concept is viable.

Beyond that, there’s another longish stretch of road to the definitive feasibility study next year, and only then does the company get to the fundraising and the planning approvals.

European blue-sky
While investors seem confident Vulcan can clear all these hurdles, some industry observers ask whether it will be completely straightforward. German planning law is tough, they say, even for a site that is at least initially a brownfields venture (bolting a lithium extraction process onto an existing geothermal plant).

Vulcan responds that its process is minimally environmentally intrusive, so it shouldn’t raise community hackles; and chief executive Francis Wedin points to the experienced German players on the team, who have a track record at navigating these approval processes.
Then there’s the question of whether the German car makers would rather sign offtake agreements (commitments to buy the product) with a company that is almost good to go, like some of Vulcan’s rivals, over something a little less tangible.

“It’s our hope and expectation that we’ll have offtake agreements in between completing the feasibility study and the definitive feasibility study,” Perth-based Wedin tells The Australian Financial Review.
He says potential customers are attracted to the promise of cutting their carbon footprint. And given the demand for lithium in Europe, it’s not a zero-sum game.
“Its not really a cut-throat competition space – everyone wants to see production starting,” he says.

Wedin still hopes to get the all-important prefeasibility study done by the year’s end. “Everyone is building up towards that – it’s our first chance to talk publicly about the project metrics,” he says. “We’re planning to get it finalised by the end of the year. It’s pretty tight, but we’re hopeful.”

That might either confirm investors’ existing hefty punt, or give them pause for thought, or even give the share price another volcanic burst. Wedin, for one, is assuming nothing: “The market is a fickle beast,” he observes. It has been quite a ride so far. 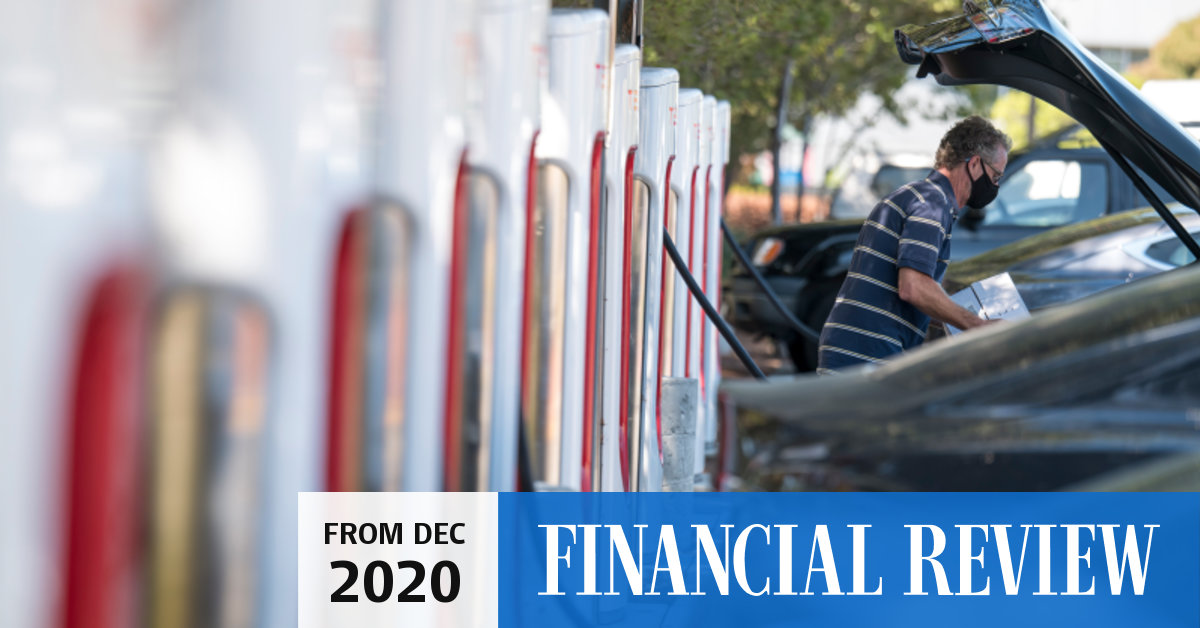 The lithium company up 1200pc this year

There are more than 30 lithium-exposed stocks on the ASX, and the growing drumbeat of the worldwide battery revolution means the share prices of quite a few have been on the march. But the real Energiser Bunny has been Vulcan Energy Resources.