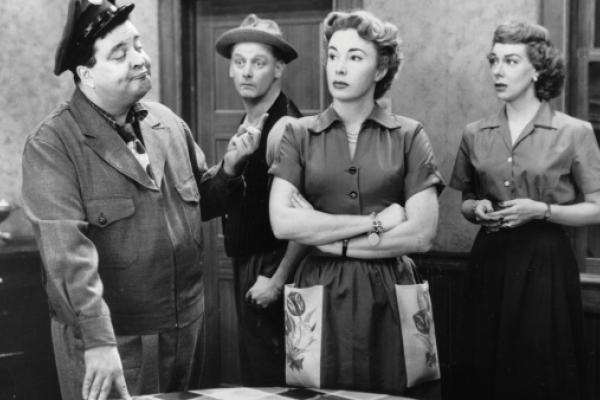 ViacomCBS Inc.’s (NASDAQ: VIAC) CBS unit is developing a reboot of the classic sitcom “The Honeymooners” with a big difference: the lead character is going to be a woman.

What Happened: According to a Deadline report, this new version of “The Honeymooners” will center on Ruth and her husband Alex, a working-class couple. The project is being developed by Damon Wayans Jr. and Kameron Tarlow’s Two Shakes Entertainment as a multi-camera project, with Lindsey Shockley (“Mixed-ish”) writing the scripts and Kelly Park (“Country Comfort”) directing the episodes.

No actors have been cast in this new endeavor, and it is unclear whether the same gender switch being given to Ralph and Alice Kramden will occur with their neighbors Ed and Trixie Norton.

Why It Matters: “The Honeymooners” began as a recurring sketch on Jackie Gleason’s variety show “Cavalcade of Stars” on the DuMont Television Network in 1950 with Gleason as Ralph, Pert Kelton as Alice, Art Carney as Ed and Joyce Randolph as Trixie. When Gleason relocated to CBS for an eponymous revue show, he transferred “The Honeymooners” sketches along with Carney and Randolph, but was unable to bring Kelton when she was blacklisted after her name was published in “Red Channels: The Report of Communist Influence in Radio and Television.” Audrey Meadows was hired as her replacement.

Gleason spun off “The Honeymooners” into a standalone series that ran for 39 episodes during the 1955-’56 television season. Those episodes have been in syndication since their initial broadcast.

Gleason resumed his variety revue in September 1956 and “The Honeymooners” returned to its original recurring sketch format. In the 1960s, the franchise was revived in a number of musical specials with Gleason and Carney reviving their roles opposite new cast members Sheila MacRae as Alice and Jane Kean as Trixie.

Over the years, there have been several “Honeymooners”-inspired sitcoms in foreign television markets, and the Hanna-Barbera animated series “The Flintstones” was clearly inspired by the series. Gleason had toyed with the idea of a trademark infringement lawsuit but later admitted he didn’t want to be known as the man who sued Fred Flintstone.

A 2005 film version with Black actors playing the Kramdens and Nortons was a critical and commercial failure. Plans for a reboot were announced in 2016 but came to naught, while a stage musical inspired by the series premiered in 2017 at New Jersey’s Paper Mill Playhouse.