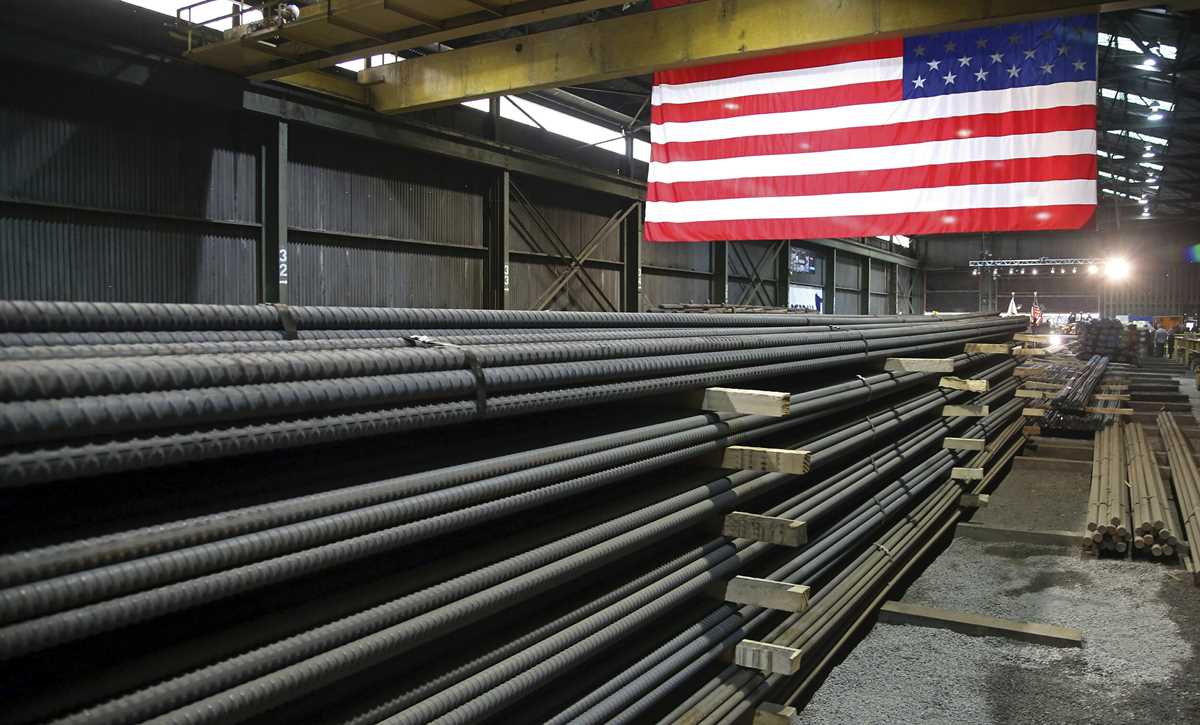 In this May 9, 2019, photo, steel rods produced at the Gerdau Ameristeel mill in St. Paul, Minn. await shipment. The United States and the United Kingdom have agreed to begin talks on removing former President Donald Trump’s import taxes on British steel and aluminum. In a joint statement Wednesday, Jan. 19, 2022 U.S. Commerce Secretary Gina Raimondo, U.S. Trade Representative Katherine Tai and U.K. Trade Minister Anne-Marie Tevelyan said they would be working toward a swift deal that ensures the viability of the steel and aluminum industries in both countries and also “strengthens their democratic alliance.” (AP Photo/Jim Mone, File)

In a joint statement Wednesday, U.S. Commerce Secretary Gina Raimondo, U.S. Trade Representative Katherine Tai and U.K. Trade Minister Anne-Marie Tevelyan said they would be working toward a swift deal that ensures the viability of the steel and aluminum industries in both countries and also “strengthens their democratic alliance.”

In 2018, Trump imposed tariffs of 25% on foreign steel and 10% on aluminum, calling them a threat to U.S. national security — a move that outraged the British, Europeans and other longstanding American allies. Although President Joe Biden had criticized Trump for alienating allies, he was slow once taking office a year ago to undo the metals tariffs, popular in the politically important steel-producing states.

Last year, the Biden administration reached a deal with the European Union, agreeing to drop the tariffs on EU metals that come in below new import quotas and continuing to tax imports that exceed them. The EU dropped retaliatory tariffs on U.S. products, including whiskey.

In a statement Wednesday, the U.K. Department for International Trade said: “Our focus now is on reaching a speedy resolution that lifts these tariffs promptly and clears the way for our thriving trading relationship to grow.″

U.S. distillers are hoping the talks with Britain will lead to an end to the U.K.’s remaining tariffs on American spirits. Chris Swonger, president of the Distilled Spirits Council of the United States, called Wednesday’s announcement “a very positive development.”

Critics said all along that Trump’s steel and aluminum tariffs did little to address the real problem confronting American producers of steel and aluminum: overproduction by China. But the United States already shuts out most Chinese steel. So the Trump tariffs dealt out punishment mostly to American allies.

In their joint statement Wednesday, the U.S. and U.K. said they had discussed Chinese overproduction and promised to “hold countries that practice harmful market-distorting policies to account.”