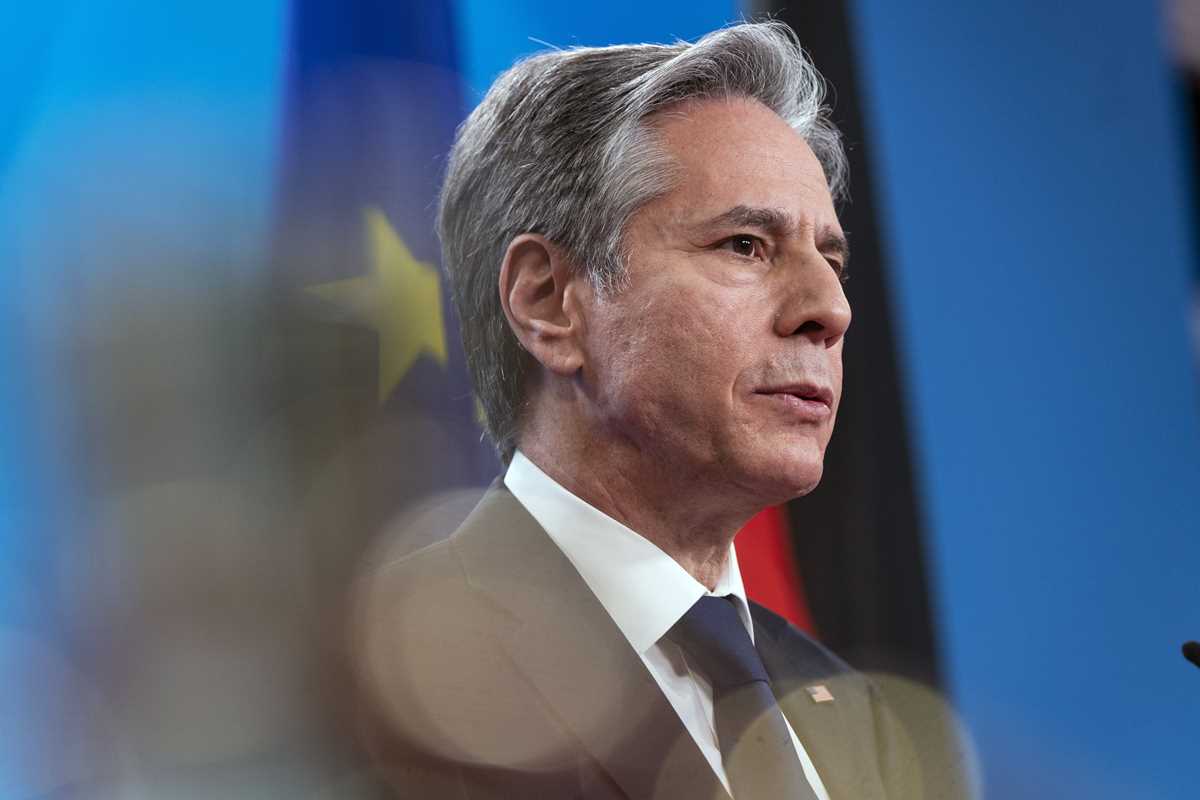 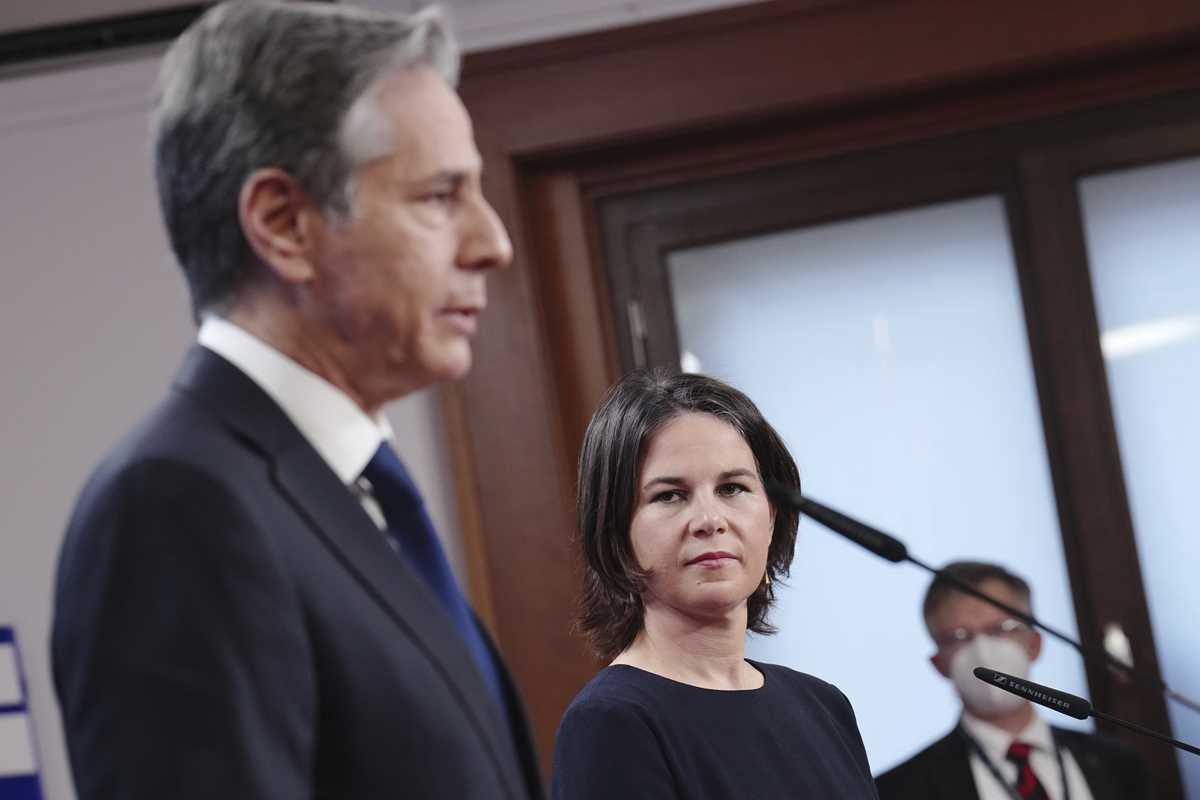 Annalena Baerbock, Foreign Minister of Germany, holds a press conference with her counterpart from the US, Antony Blinken, after talks with the foreign ministers of Great Britain and France at the Federal Foreign Office in Berlin, Germany, Thursday, Jan.20, 2022. (Kay Nietfeld/Pool via AP) 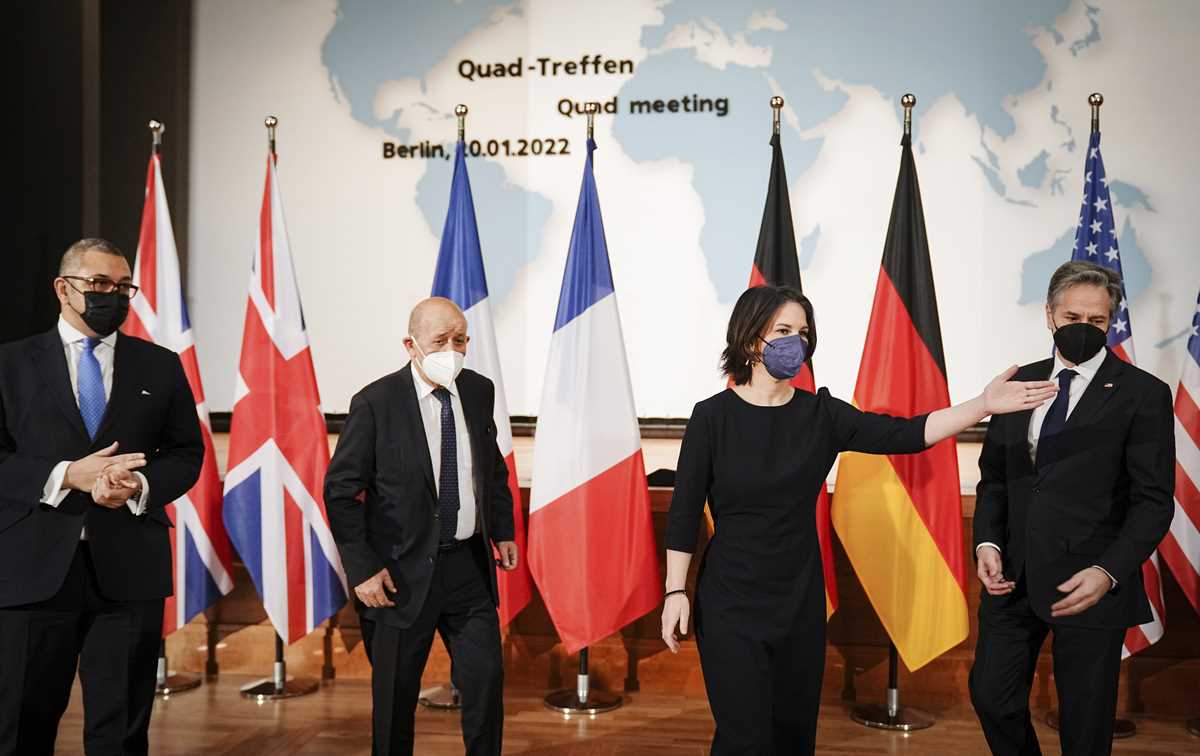 BERLIN (AP) — U.S. Secretary of State Antony Blinken said Thursday that talks with Iran over its nuclear program are at a “decisive moment,” and warned that Washington and its allies may change tactics if a deal isn’t reached in the coming weeks.

Blinken said that the longer Iran fails to comply with the 2015 Vienna accord — intended to rein in Tehran’s nuclear program — the closer it would get to being able to build an atomic weapon.

“We are indeed at a decisive moment,” Blinken told reporters in Berlin after meeting senior diplomats from Germany, France and Britain. He added that he believed modest progress had been made during the ongoing round of talks in the Austrian capital.

“But we are not where we need to be. And if we don’t get there very soon, we will have to take a different course,” he said.

The U.S. withdrew from the Vienna accord under President Donald Trump and reinstated economics sanctions on Tehran. Iran responded by increasing the purity of uranium it enriches and its stockpiles, in breach of the accord.

President Joe Biden has signaled that he wants to rejoin the deal.

German Foreign Minister Annalena Baerbock, whose country remains part of the accord known as the Joint Comprehensive Plan of Action along with France, Britain, China and Russia, echoed Blinken’s words.

“Our objective is to maintain and to preserve the agreement and above all, to make Iran see sense and to ensure that Iran can no further increase its enrichment capacity,” she said.

Baerbock indicated that European nations had sought to ensure China and Russia also maintain pressure on Tehran. Both countries have in recent days spoken of new trade and economic cooperation agreements with Iran, which some fear could undermine efforts to get Tehran to make concessions at the Vienna talks.

“It’s been almost two months since the negotiations resumed in Vienna,” he said in a statement. He acknowledged that some progress has been made, but that “negotiations cannot continue at such a slow pace while in parallel the Iranian nuclear program is advancing so quickly.”

“We will very quickly find ourselves in an untenable situation,” Le Drian said.