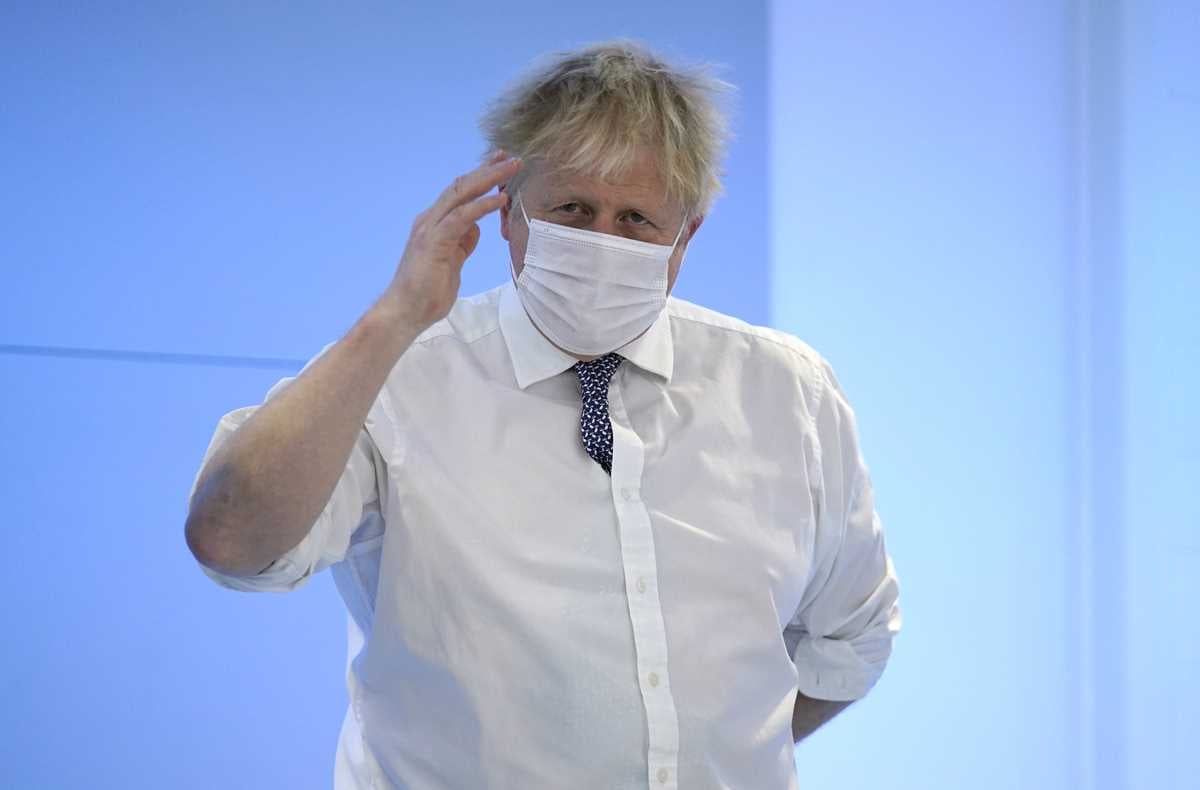 In this photo provided by UK Parliament, Britain’s Prime Minister Boris Johnson speaks during Prime Minister’s Questions in the House of Commons, in London, Wednesday, Jan. 19, 2022. British Prime Minister Boris Johnson defied calls to resign in a feisty performance Wednesday in Parliament — but it may be too little to prevent a push by his Conservative Party’s lawmakers to oust him over a string of lockdown-flouting government parties. Pressure on the prime minister grew as one Conservative lawmaker defected to the opposition Labour Party and former Conservative Cabinet Minister David Davis told him: “In the name of God, go!” (Jessica Taylor/UK Parliament via AP) 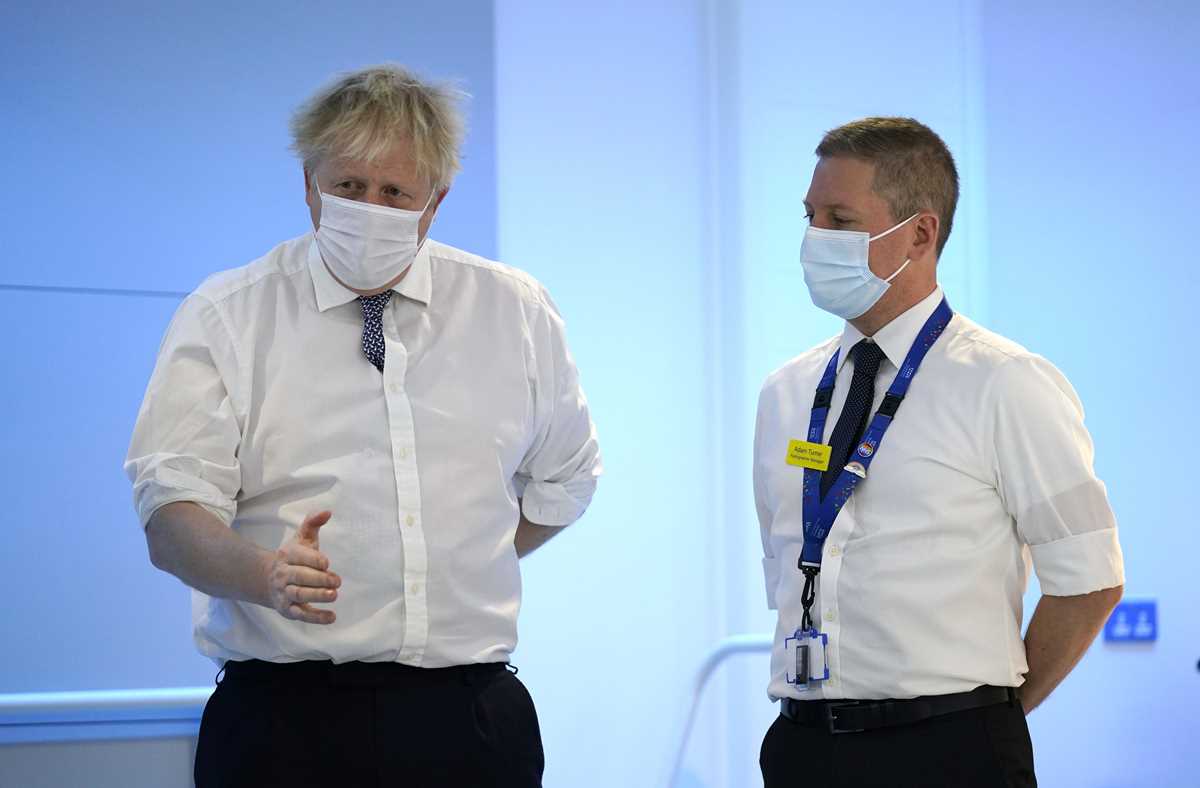 Police officers stand guard at a set of gates into Britain’s Parliament in Westminster in London, Thursday, Jan. 20, 2022. Some Conservative lawmakers in Britain are talking about ousting their leader, Prime Minister Boris Johnson, over allegations that he and his staff held lockdown-breaching parties during the coronavirus pandemic. The party has a complex process for changing leaders that starts by lawmakers writing letters to demand a no-confidence vote. (AP Photo/Kirsty Wigglesworth)

William Wragg, a Tory member of Parliament, said legislators calling for a challenge to Johnson’s leadership have faced “intimidation,” and urged them to contact the police.

Wragg accused Johnson’s staff, government ministers and others of “encouraging the publication of stories in the press seeking to embarrass those they who suspect of lacking confidence in the prime minister.” He also alleged that rebellious lawmakers had been threatened with a loss of public funding for their constituencies.

Wragg told a parliamentary committee session that such actions “would seem to constitute blackmail. As such it would be my general advice to colleagues to report these matters to the Speaker of the House of Commons and the Commissioner of Metropolitan Police.”

Wragg’s comments are the latest outburst in a Conservative battle over Johnson’s future, sparked by allegations of lockdown-breaching parties by the prime minister’s staff during the pandemic.

Wragg is one of a handful of Tory lawmakers openly calling for Johnson to face a no-confidence vote over the “partygate” scandal, which centers on allegations that Johnson and his staff broke restrictions the government imposed on the country to curb the spread of the coronavirus.

Johnson has apologized for attending a “bring your own booze” gathering in the garden of his Downing Street offices in May 2020, but said he had considered the party a work gathering that fell within the rules.

He has urged critics to wait for Gray’s report, which is expected to be published next week.

Johnson and his supporters hope a defiant performance at Prime Minister’s Questions in the House of Commons on Wednesday, combined with anger at the defection of a Conservative lawmaker to the opposition Labour Party, has helped dissuade party legislators from trying to topple the prime minister.

“I think people have recognized that, actually, this constant navel-gazing and internal debating is only to the advantage of our political opponents,” Conservative lawmaker Andrew Percy told the BBC.

But David Davis, a former Cabinet minister who in Parliament on Wednesday dramatically urged Johnson “In the name of God, go,” said any reprieve was likely temporary.

“The party is going to have to make a decision or we face dying a death of 1,000 cuts,” he told the Daily Telegraph.