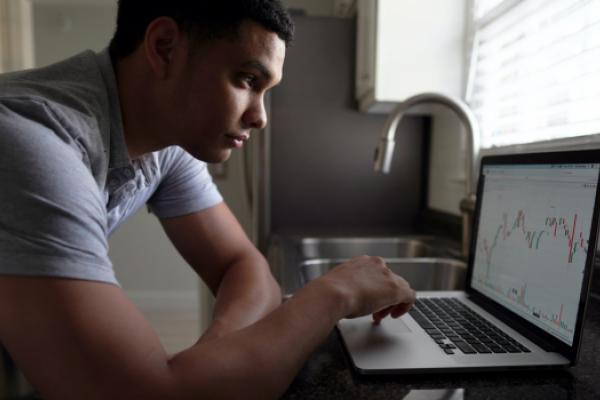 Benzinga debuted a new show on its YouTube channel Friday. The show will air every Friday and recap the top events of the week for stock traders.

Here are the top ten stock market moving headlines of the past week.

Deliveries for the fourth quarter were up 71% year-over-year and came in sharply ahead of analysts’ expectations. Tesla delivered 936,172 units for the full fiscal year, beating analyst estimates as well.

Shares of Tesla started the week trading higher but ended the week down 3%, closing Friday at $1,026.96.

9: Elizabeth Holmes Guilty: Theranos Inc Founder and former CEO Elizabeth Holmes was found guilty on four counts of criminal fraud. A jury convicted the founder of the blood-testing startup on one count of conspiracy to commit wire fraud and three counts of wire fraud against an investor. Holmes was found guilty of four additional charges, while the jury was unable to reach a verdict on three other charges.

Holmes helped Theranos raise over $400 million from investors and became a media darling during her time with Theranos.

Holmes faces a prison sentence of up to 20 years on the charges. A sentencing date has not yet been announced.

8. Ford Bumps Up F-150 Lightning Production: On Tuesday, Ford Motor Co (NYSE:F) announced it would nearly double production of the highly anticipated electric pickup truck, the F-150 Lightning. Ford also announced it was opening the first order bank for the truck on Thursday.

Ford is now planning to produce 150,000 Lightning trucks per year by mid-2023. The increased production figures come due to “soaring customer demand.” Ford reported it had around 200,000 reservations for the Lightning as of Tuesday, excluding fleet reservations. Customer deliveries of the Lightning are expected in the spring of 2022.

Wejo said the new platform will help “enable intelligent handling of data from vehicles at scale.” The platform will also provide insights into automotive innovation and help protect privacy.

The minutes were released Wednesday at 2 p.m. ET, which was followed by major indices and stocks selling off. Tech and high growth stocks were hit hardest, as they tend to experience bigger declines in high-interest rate environments.

5. Bitcoin Falls: Along with stocks selling off Wednesday, Bitcoin (CRYPTO: BTC) and other major cryptocurrencies started to fall to end the week. Bitcoin, which began the 2022 year at the $47,000 level, dropped to levels last seen in September 2021, setting new three month lows.

4. Stellantis Partners With Amazon: The owner of vehicle brands that include Dodge, Fiat, Chrysler and Jeep announced a partnership with Amazon.com Inc (NASDAQ:AMZN). Stellantis Inc (NYSE:STLA) will use Amazon’s technology to help created connected in-vehicle experiences and help train automotive software engineers.
Stellantis will use Amazon Web Services as its preferred cloud provider for all its vehicle platforms going forward as part of the new multi-year deal. Stellantis will also use the Alexa voice assistant in its vehicle lineup.

3. Ark Innovation Hits New Lows: Well-known ETF Ark Innovation ETF (NYSE:ARKK) led by Cathie Wood hit new 52-week lows on Thursday, falling below the $85 level. Ark Innovation was down around 48% from its highs Thursday and shares are down 10% the first week of 2022.

Ark Innovation is up 130% over the last three years and up over 315% over the last five years, making it one of the top performing ETFs in the respective time frames.

2. Oil Rallies On Kazakhstan Unrest: Political uncertainty in the nation of Kazakhstan and supply outages in Libya led to rallies in the price of oil throughout the week.

1. Value Stocks Outperform Growth: The start of 2022 started off with the trend of value stocks being favored by investors over technology and high growth stocks. The trend comes with several macro issues like inflation, political unrest in Kazakhstan and market uncertainty.