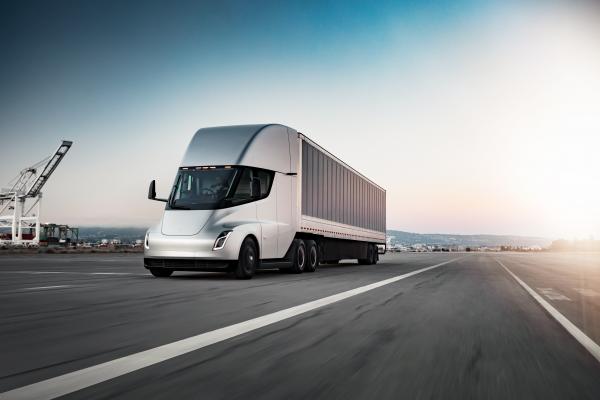 Electric vehicle giant Tesla Inc (NASDAQ: TSLA) surprised investors and customers in 2021 with an announcement that the highly anticipated Tesla Semi would be delayed. A new report shows Semi deliveries could be just around the corner.

What Happened: A Frito-Lay facility in Modesto, California received Tesla Megachargers recently and is set to receive deliveries of Tesla Semis.

The PepsiCo, Inc. (NYSE: PEP) facility could receive Tesla Semis later this month, according to a report from Drive Tesla. Photos show Megachargers ready for installation and some in packaging. A Megapack battery storage system is also installed at the facility.

“After receiving these photos we were able to confirm with one of our sources that PepsiCo has been told to expect to receive all 15 Tesla Semis before the end of January,” Drive Tesla said.

PepsiCo announced in a press release in March 2021 they would take delivery of 15 Tesla Semis before the end of 2021.

Tesla announced it was delaying the Tesla Semi during the second-quarter earnings release in 2021. Tesla CEO Elon Musk cited limited battery supply as one of the reasons for the Tesla Semi delay.

Despite the announced delays, PepsiCo CEO Ramon Laguarta shared in a CNBC interview in November 2021 that the company would be receiving Tesla Semis soon.

“We are getting our first deliveries this Q4,” Laguarta said

Why It’s Important: The comments from Laguarta suggested that Pepsi could have a different timeline than other companies or have preferred status from Tesla.

The purchase of Tesla Semis is one of several planned initiatives by PepsiCo to reduce its carbon emissions in the future, Laguarta added.

Pepsi is one of several large companies that have pledged to order Tesla Semis in the future. Pepsi placed an initial order for 100 Tesla Semis in 2017.

Tesla delayed the Tesla Semi into 2022 and new reports by the end of 2021 suggested Tesla Semis would not be delivered until 2023.

If reports hold true and PepsiCo receives its 15 Tesla Semis, it could lead to an improved timeline. But, it might be a one-off event possibly based on an exclusive deal or certain terms.

Tesla could see an increase in orders after its Tesla Semi is delivered. The event could also lead to public comments from PepsiCo that could lead to increased brand awareness of the semi-truck.