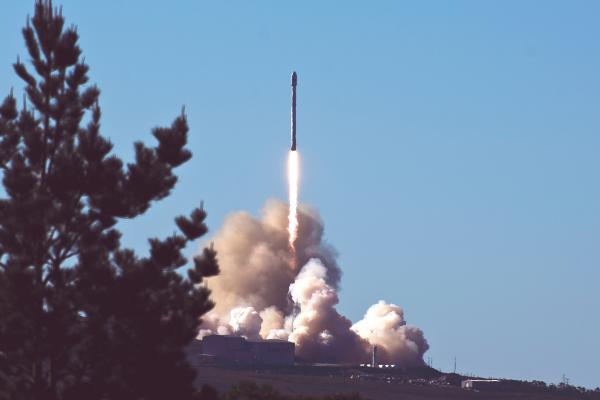 Musk confirmed the development, adding that the satellites that were deployed are equipped with lasers, a first batch of which was deployed in orbit last year in January.

Musk had in July explained in a Twitter post how laser links in orbit can reduce long-distance latency by as much as 50% due to higher speed of light in vacuum and shorter path than undersea fiber.

Laser links in orbit can reduce long-distance latency by as much as 50%, due to higher speed of light in vacuum & shorter path than undersea fiber

Why It Matters: Starlink’s constellation of networked satellites is aimed at beaming down high-speed internet services, especially in remote areas from satellites in orbit to Earth.

Musk last year said the service would be expanded to 14 countries and that Starlink is awaiting licenses in several other countries.

See Also: It’s A Wrap: Elon Musk’s SpaceX Launches Final Falcon 9 To Space For 2022, 31st Such Mission For The Year

Starlink is known to have launched over 1,500 satellites. The company hopes to have 4,425 in orbit by 2024. The Federal Communications Commission has approved 11,943 satellites to be launched by Starlink.

Falcon 9 is the world’s first orbital-class reusable rocket. The reusability factor brings down costs significantly as it allows the space agency to refly the most expensive parts of the rocket.