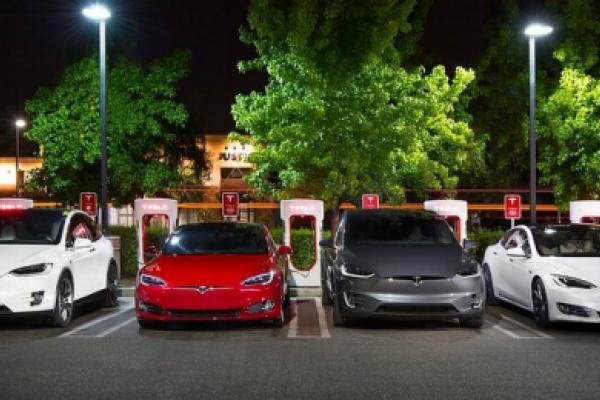 Tesla, Inc. (NASDAQ: TSLA) is an EV market pioneer as well as the industry leader. It has among its product portfolio four models, namely the Model S and Model 3 sedans and the Model X and Model Y SUVs.

What Happened: The Model 3 budget sedan may have been Tesla’s best-selling vehicle, but CEO Elon Musk has named the new Model S along with the Plaid X as the company’s “best-ever car.” The Tesla chief was responding to an observation made by a Twitter user, who heaped praises on the new Model S by stating it has adaptive air suspension which makes the ride super smooth, along with awesome ventilated seats, incredible sound system, superb range and fast charging.

It’s our best car ever, along with the Plaid X

Why It’s Important: Tesla is seeing strong momentum in deliveries, as evidenced by its fourth-quarter numbers released last Sunday. The company delivered a record 308,600 units for the fourth quarter and 936,170 units for the full-year 2021. Tesla’s Model S, which was introduced in June 2012, received a major refresh in June 2021.

It has an improved interior, with a spacious cabin, wireless gaming, superior audio system and multi-device Bluetooth, wireless and USB-C charging, among other things.

Related Link: Why This Tesla Analyst Thinks Model Y Production At Giga Austin Will Kickoff In A Week’s Time