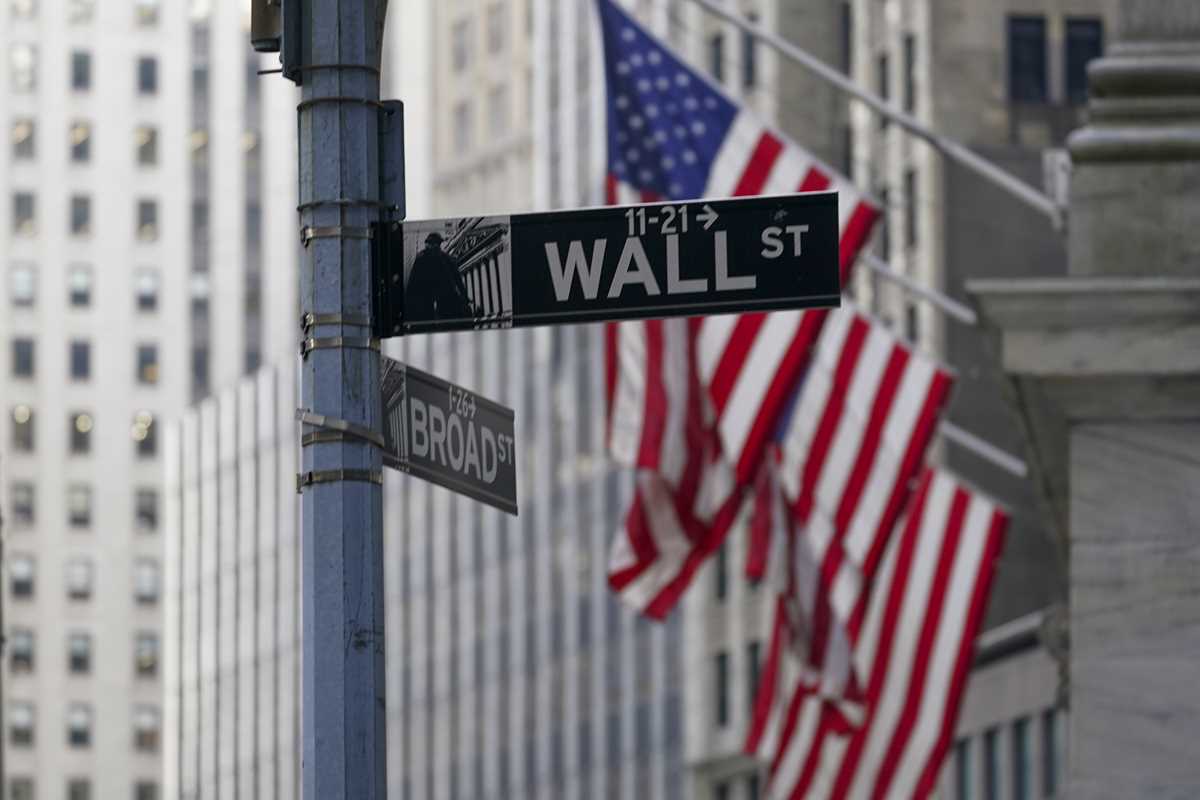 Stocks gained ground in afternoon trading on Wall Street Wednesday after the Federal Reserve left its key interest rate unchanged, but signaled that it plans to begin raising interest rates as soon as March as the central bank moves to fight inflation.

In its latest policy statement, the Fed also said it would phase out its monthly bond purchases, which have been intended to lower longer-term rates, in March.

The market was solidly higher prior to the release of the Fed statement, a turnaround following several days of volatile swings as investors try to gauge whether the Fed will succeed in its new effort to fight inflation. The central bank had been widely expected to continue drawing back its stimulus measures ahead of raising interest rates in the coming months.

Bond yields rose following the Fed’s statement. The yield on the 10-year Treasury rose to 1.80% from 1.78% from late Tuesday.

“The Fed statement was in line with the mention that it will be raising rates soon,” said Jay Hatfield, chief investment officer at ICAP in New York. “There was no mention of balance sheet reduction, which the market is interpreting as bullish.”

Consumer products maker Kimberly-Clark fell 3.8% after giving investors a weak profit forecast and saying that it expects the supply chain disruption to persist into 2022.

For nearly two years, investors had poured money into stocks, confident that the Federal Reserve would help keep share prices upright. With that support going away, markets have been hit with a bout of volatility. The S&P 500 is down 7.3% so far this year.

Markets rose following the Fed’s last policy meeting in mid-December. It wasn’t until three weeks later, in early January, that stocks turned jittery. That’s when minutes released from that meeting suggested Fed policymakers may be more zealous about fighting inflation through higher interest rates than many had been expecting.

Investors knew that higher rates were on the way, but the minutes showed that the Fed was likely to raise rates faster than in prior efforts to get rates back to normal. Perhaps more impactfully, the Fed also said it was likely to be quicker than in the past to reduce its huge holdings of bonds it had bought up through the pandemic to keep longer-term interest rates low. That would have a similar effect as additional rate increases.

Wall Street is also carefully watching the potential conflict between Russia and Ukraine, which could push energy prices higher and force nations to focus on a war just as they are trying to focus on keeping the virus pandemic in check, along with economic growth.

Should you invest $1,000 in Texas Instruments right now?

Before you consider Texas Instruments, you’ll want to hear this.

MarketBeat keeps track of Wall Street’s top-rated and best performing research analysts and the stocks they recommend to their clients on a daily basis. MarketBeat has identified the five stocks that top analysts are quietly whispering to their clients to buy now before the broader market catches on… and Texas Instruments wasn’t on the list.

While Texas Instruments currently has a “Hold” rating among analysts, top-rated analysts believe these five stocks are better buys.