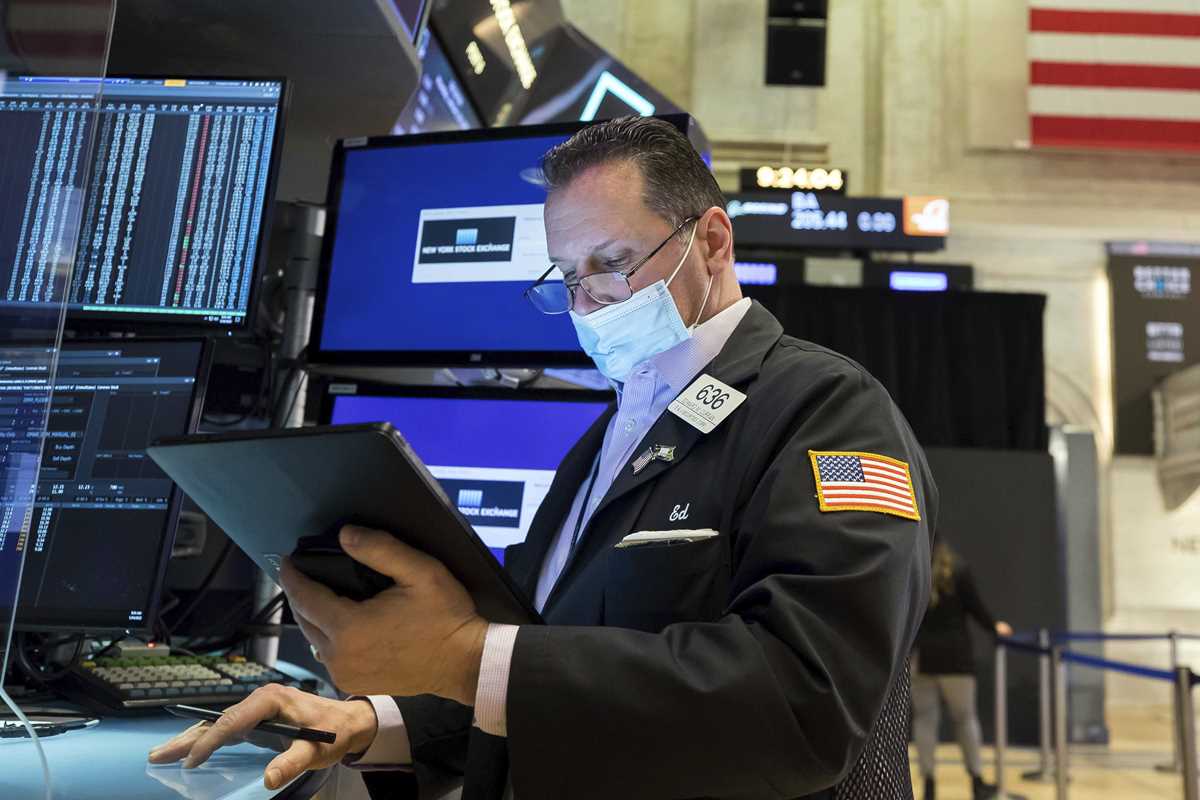 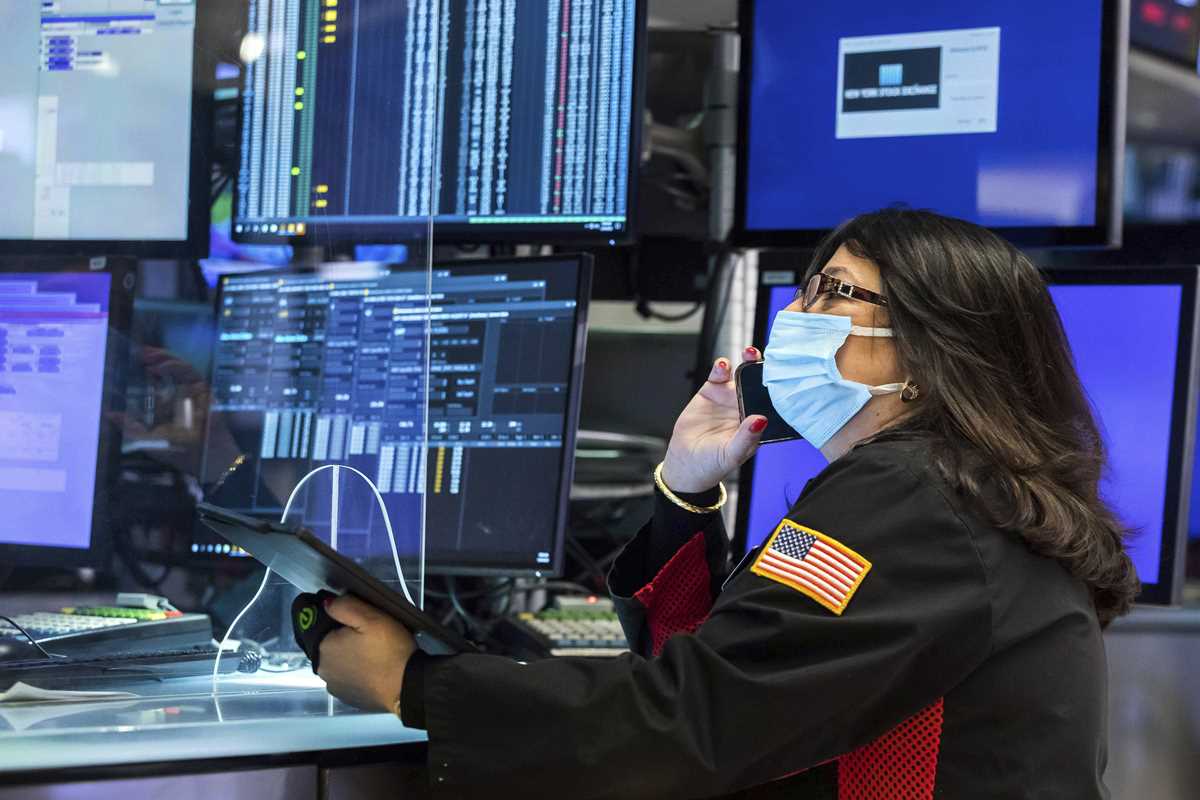 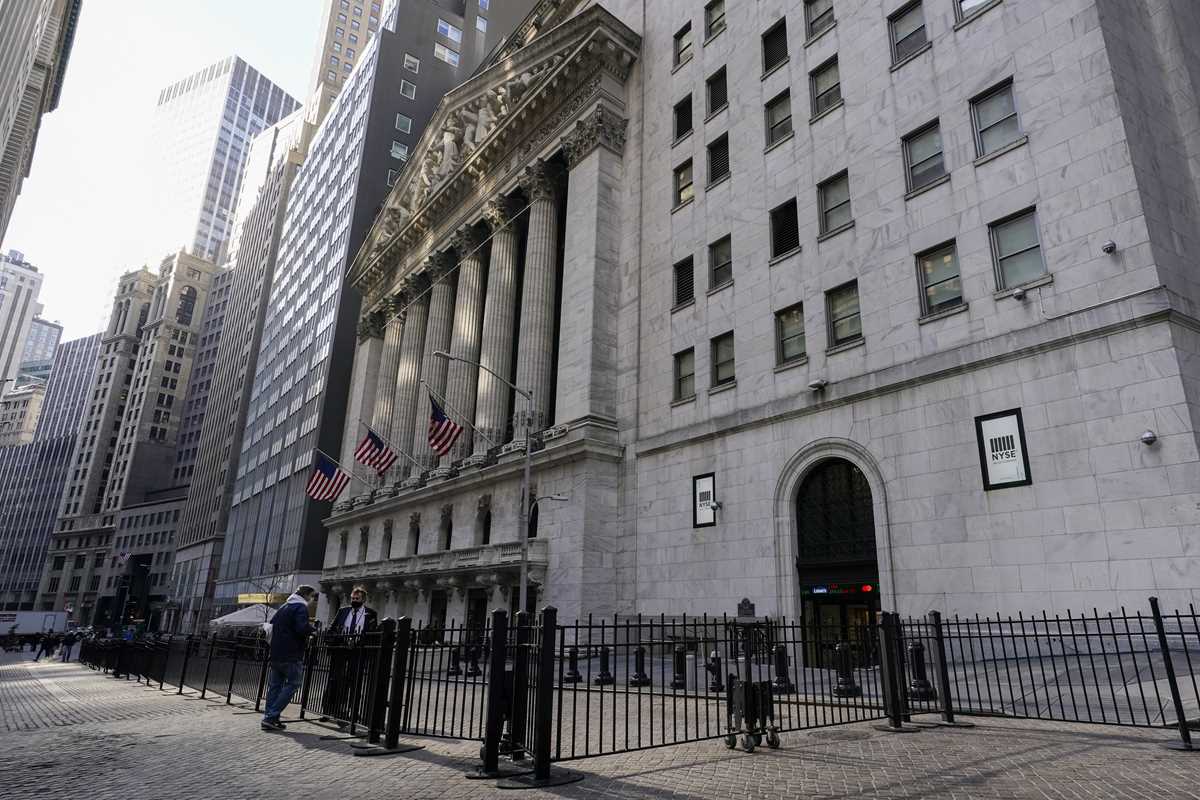 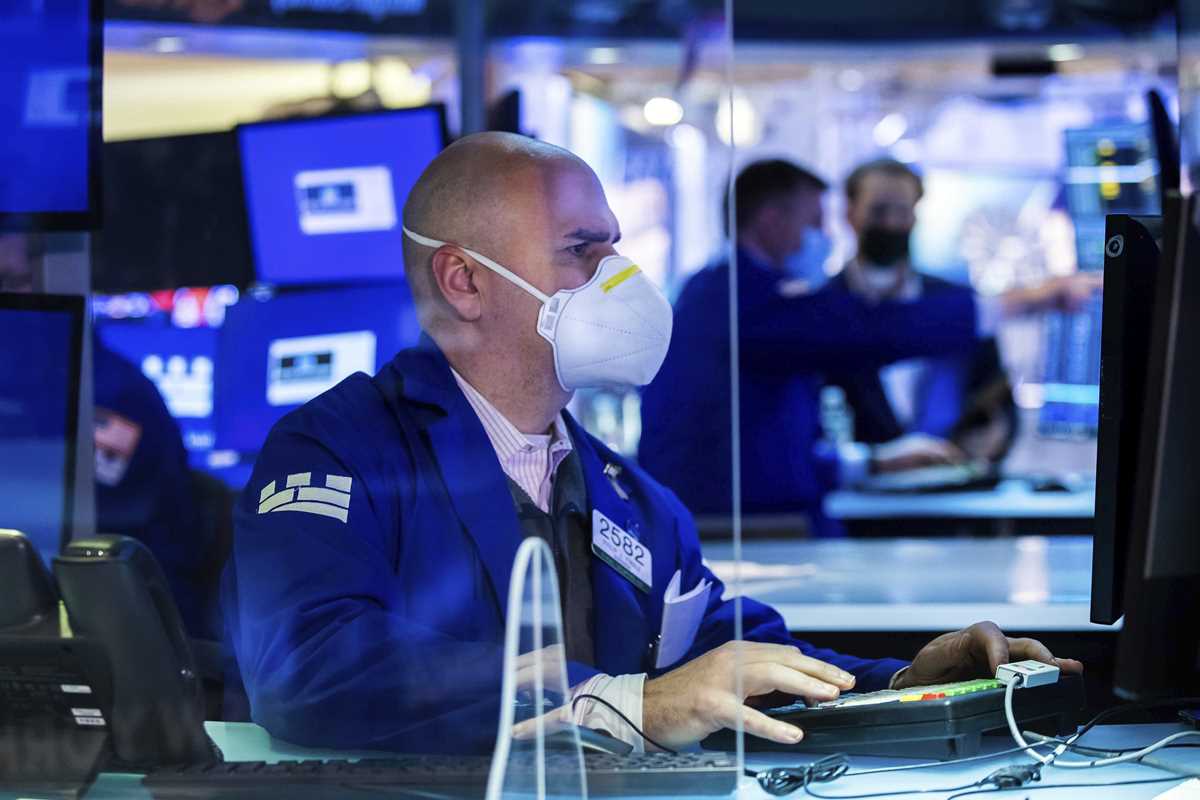 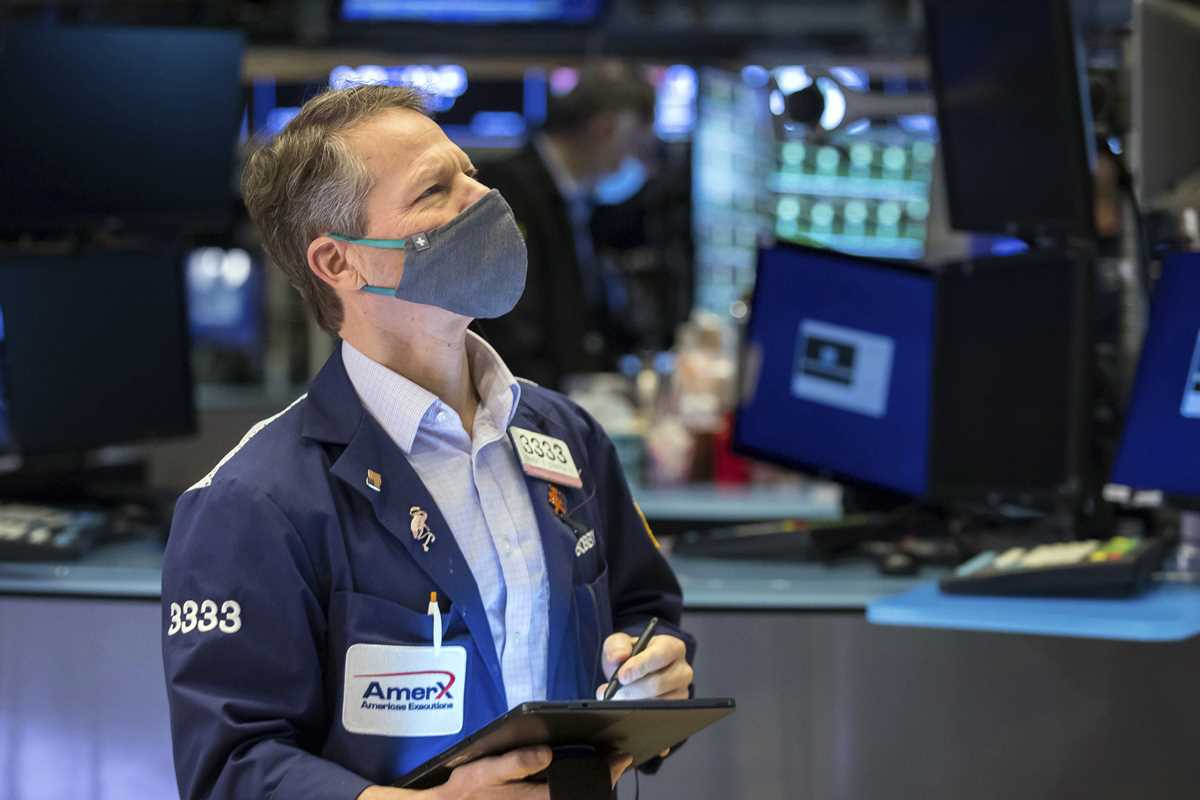 NEW YORK (AP) — Stocks recovered from big early losses Monday as investors jumped in before the closing bell. The Dow Jones Industrial Average swung 1,217 points and closed up 0.3% after dropping 1,000 points as investors anticipated inflation-fighting measures from the Federal Reserve and fretted over possible conflict between Russia and Ukraine. Benchmark indexes flirted with near 4-month lows as the market readies for the Fed to raise interest rates to tame inflation, which is at its highest level in nearly four decades. Retailers notched some of the biggest gains: Gap jumped nearly 8%.

Stocks fell sharply on Monday as investors anticipated inflation-fighting measures from the Federal Reserve and fretted over the possibility of conflict between Russia and Ukraine.

The stock market extended its three-week decline and put the benchmark S&P 500 on track for a so-called correction — a drop of 10% or more from its most recent high. The price of oil and bitcoin fell, and so did the yield on 10-year Treasury notes, a sign of investor concern about the economy.

The steady decline in stock prices has come as the Fed has signaled its readiness to begin raising its benchmark short-term interest rate in 2022 to try to tame inflation, which is at its highest level in nearly four decades.

The selloff has extended to cryptocurrencies. Bitcoin fell as low as $33,000 overnight but had rallied back above $36,000 in the early afternoon. Still, the digital currency is far below the high of more than $68,000 it hit in November.

Bond yields edged lower. The yield on the 10-year Treasury fell to 1.72% from 1.74% late Friday. Falling yields weighed on banks, which rely on higher yields to charge more lucrative interest on loans. Bank of America fell 3%.