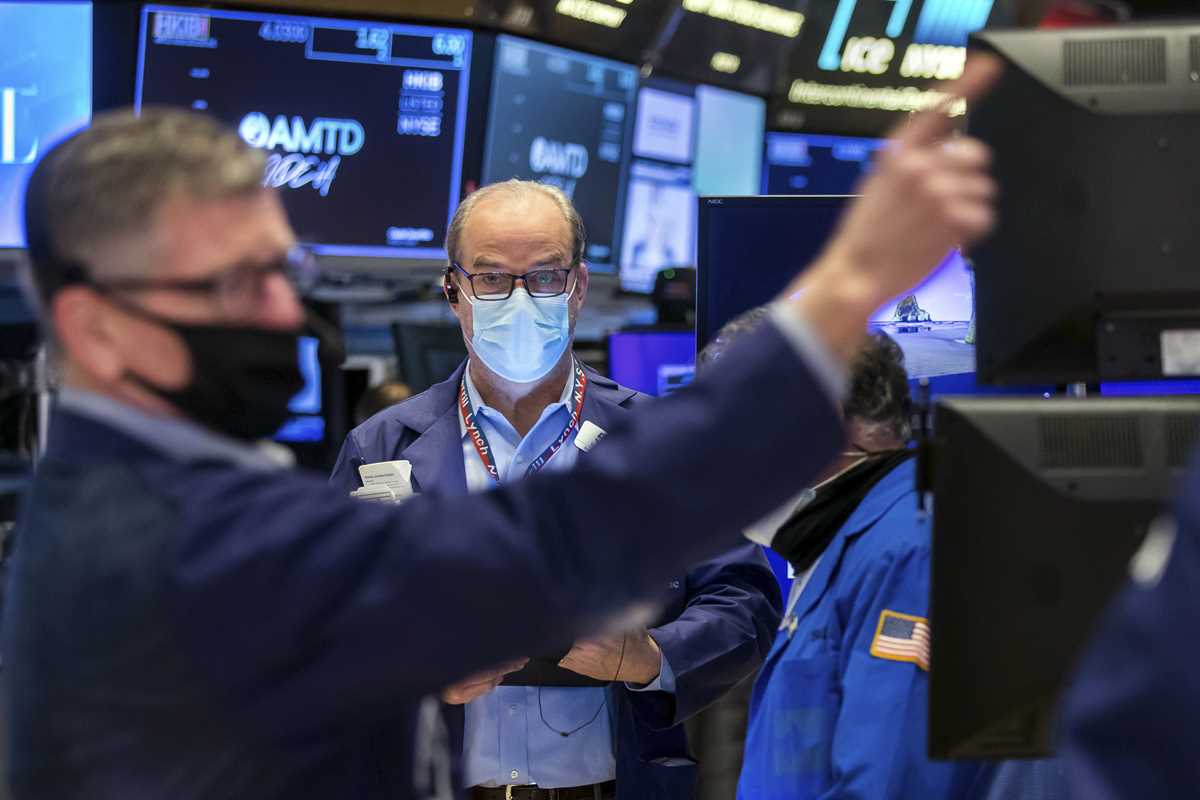 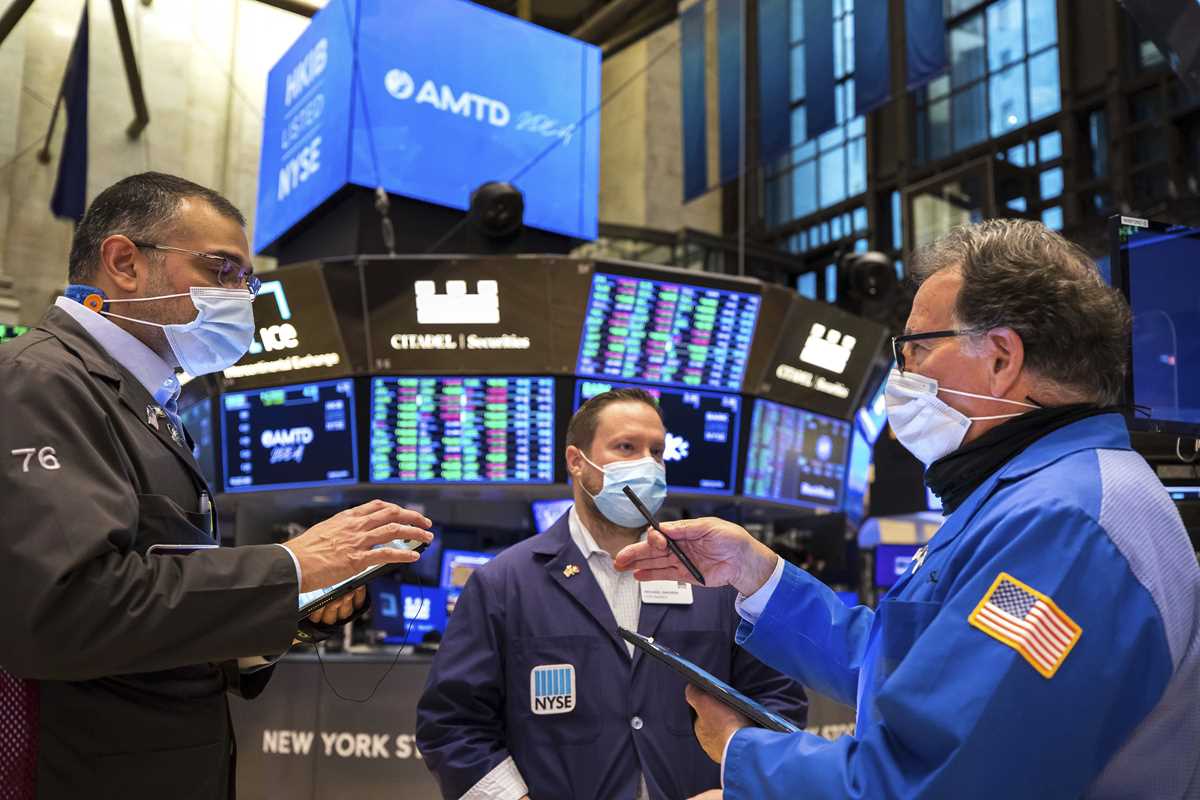 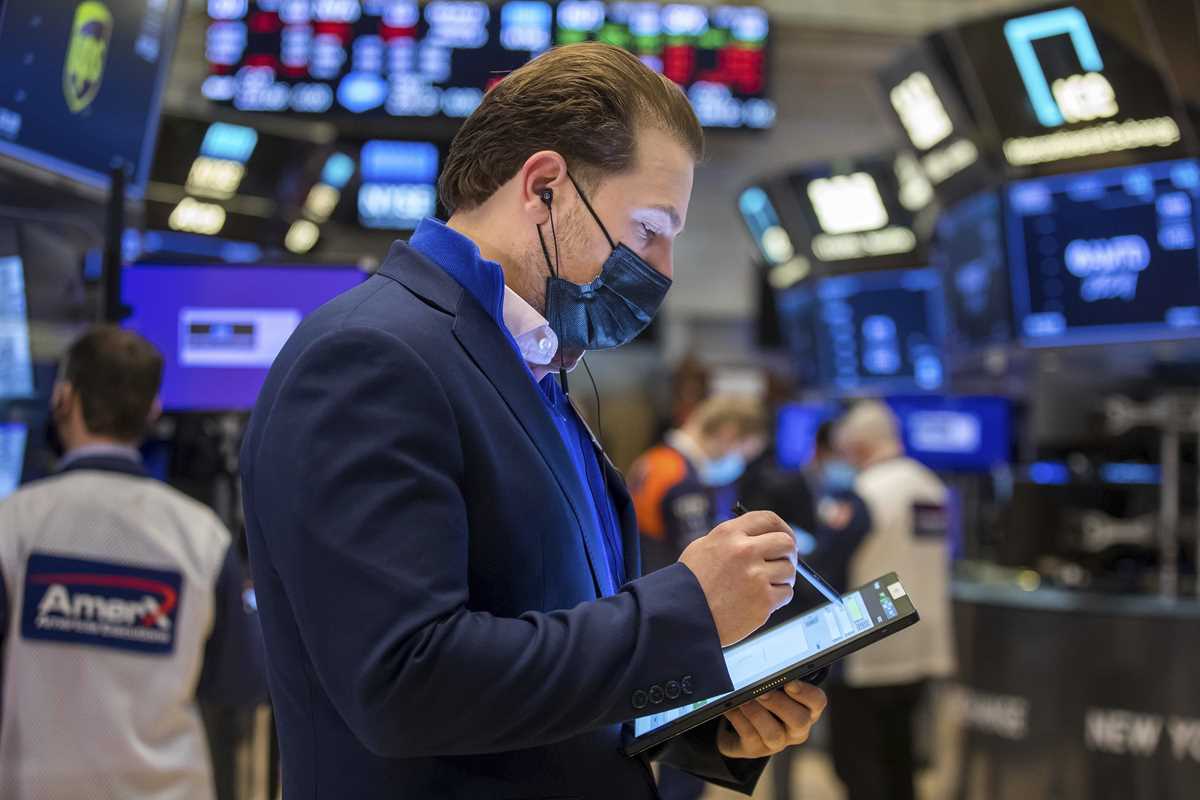 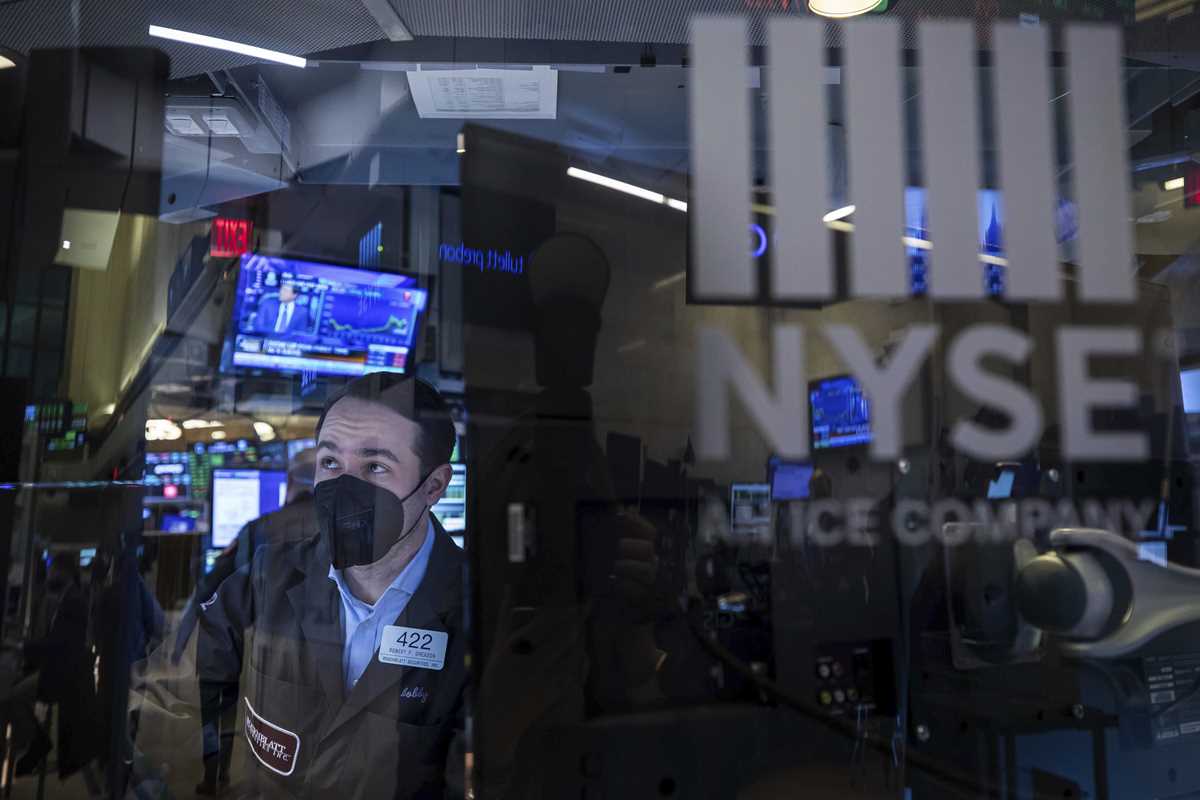 A late-afternoon sell-off wiped out gains for stocks on Wall Street Thursday and sent major indexes deeper into losing territory for the year.

The sharp about-face for the broader market was once again directed by technology stocks, which have been behind choppy trading throughout the week. As investors prepare for higher interest rates, shares in pricey tech companies and other expensive growth stocks look relatively less attractive.

A mix of retailers and communications stocks also fell. Investors reversed course from earlier in trading and shifted money back toward safe-play investments. Utilities, which are considered less-risky, were the only sector within the S&P 500 that eked out gains.

Stocks are headed for weekly losses in what has so far been a losing month for every major index.

“The backdrop of higher rates and slowing growth is a serious concern, but so are the number of stocks, especially in the Nasdaq, making new 52-week lows,” said Sean Bandazian, senior investment analyst at Cornerstone Wealth. “There are a lot of broken trends out there that could make finding a bottom in the near term a problem.”

The downturn follows a strong 2021 where the S&P 500 gained 26.9%. Investors may be resetting their expectations moving ahead, said Mark Hackett, chief of investment research at Nationwide.

“Investors are starting to get more realistic about the way the world is going to look going forward,” he said.

The Labor Department gave Wall Street a disappointing update on the labor market with its weekly unemployment report. The number of Americans applying for unemployment benefits rose to the highest level in three months as the fast-spreading omicron variant continued to disrupt the job market.

The job market has had a rocky recovery from the virus pandemic. The unemployment rate fell last month to a pandemic low 3.9%.

Employment data was also closely watched by investors trying to gauge how it would effect the Federal Reserve’s decision to ease up on support for the markets and economy. The central bank made it clear early in the pandemic that it was basing much of its support on how quickly employment recovers.

The Fed is now expected to raise interest rates earlier and more often in order to fight rising inflation that threatens to derail a further economic recovery. Supply chain problems and higher raw materials costs have prompted businesses to raise prices on finished goods and economists are concerned that consumers will eventually grow tired of paying higher prices and cut their spending.

Companies are reminding investors that supply chain problems are still weighing on operations. Recent inflation reports have been worrisome, while economic data on retail sales has also disappointed.

“These are all the things that are justifying some of the sloppiness we’re starting the year with,” Hackett said.

The latest round of corporate earnings is also giving investors a clearer picture of where Americans are spending money and how inflation is impacting the economy.

American Airlines fell 3.2% and United Airlines slipped 3.4% after warning investors that the latest surge in COVID-19 cases will hurt their finances early in 2022. Both airlines reported losses for the fourth quarter, though they were smaller than analysts’ expected.

Peloton shares lost about a quarter of their value after CNBC reported the company is temporarily halting production of its treadmills and exercise bikes. The business news network said it reviewed internal Peloton documents that indicated demand for the company’s connected fitness equipment had fallen sharply because of pricing and competition. Peloton shares soared as people exercised at home in the first year of the pandemic, but have fallen 85% since closing at an all-time high of $167.42 on Jan. 13, 2021. On Thursday, its shares lost 23.9% to $24.22.

Should you invest $1,000 in United Airlines right now?

Before you consider United Airlines, you’ll want to hear this.

MarketBeat keeps track of Wall Street’s top-rated and best performing research analysts and the stocks they recommend to their clients on a daily basis. MarketBeat has identified the five stocks that top analysts are quietly whispering to their clients to buy now before the broader market catches on… and United Airlines wasn’t on the list.

While United Airlines currently has a “Hold” rating among analysts, top-rated analysts believe these five stocks are better buys.