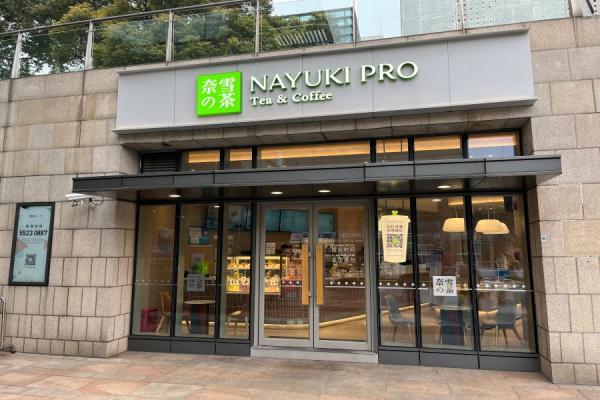 That’s one of the subtler messages in a new business update from premium tea chain Nayuki Holdings Ltd. (2150.HK), as the company grapples with recurring challenges created by China’s pandemic. The country’s frequent lockdowns, most recently in the northwestern city of Xi’an, have been especially tough for retailers like Nayuki, which rose to prominence in the pre-pandemic era on the soaring popularity for premium teas costing around 20 yuan ($3.13) per cup.

Investors seemed to welcome the update, which also includes the latest information on the company’s drive to go upscale and escape rampant competition at the lower end of the premium tea market. The stock was up nearly 4% on Monday morning, following the update’s release after markets closed at the end of last week.

Of course, everything is relative in the Covid era, and we should point out even after this mini-rally the stock has lost nearly two-thirds of its value from its Hong Kong IPO last June. The stock’s drubbing has nothing to do with the regulatory storm that hammered Chinese tech stocks last year. Instead it’s more related to pandemic-related closures facing Chinese retailers, as well as the tough competition in the premium beverage market.

That competition pushed Nayuki into the red in the second half of last year, though the company has yet to announce final 2021 results. But in a profit warning in October, it said the second-half loss would also result in a loss for the full year, even after it posted a profit in the first half of the year.

The stock now trades at a price-to-sales (P/S) ratio of just 2.5. That looks quite low when one considers the company is posting strong double-digit sales growth in China’s fast-growing premium tea market that was worth 410 billion yuan in 2020, according to data in Nayuki’s prospectus last year. None of its domestic peers are currently publicly traded, though its biggest rival HeyTea, as well as upstart coffee chain Manner Coffee, and a few others are reportedly considering listings as soon as this year.

So perhaps the nascent Monday rally is the start of a new phase for Nayuki, though only time will tell if its ongoing moves to more upmarket stores and greater automation will succeed.

All that said, we’ll look first at the automation effort that could help not only during the pandemic, but also after it finally ends by significantly reducing labor costs. In its earlier profit warning in October, Nayuki specifically blamed its profit woes in the second half of last year on “less flexibility for the human cost of stores in the short term.”

To tackle that problem of high-cost and inflexible labor, the company is working on a new generation of “self-developed automated tea-making equipment,” it said in the new business update. It has discussed this initiative before, though this time the company gave a rough timetable for its rollout of the technology.

It said it did some trial production for the equipment at end of last year, and is expecting to start rolling out the machines on a more widespread basis starting in this year’s third quarter.

The move to greater automation is part of Nayuki’s bigger drive to incorporate more technology into its stores. That also includes a strong element of app-based ordering, which is more efficient and also can reduce labor costs due to less need for human involvement. The company received a majority 70% of its orders online in the first half of last year, in line with a broader industry trend.

The addition of such high-tech features not only reduces costs, but ultimately makes life easier for consumers, and thus really is an essential component for the longer-term survival of any big chain operator like Nayuki.

Next, we’ll look at the company’s other major campaign, namely, to go upmarket, which is detailed with the usual barrage of numbers in the latest update. The biggest of those numbers shows that despite all the pandemic-related disruptions Nayuki is still expanding aggressively.

The company increased its overall store count by 149 during the quarter, bringing its total to 817 by the end of the year. To put that in perspective, the company’s latest count is more than double the 349 stores it had at the end of June 2020 around the time of its IPO.

The company also noted in its update that same-store sales were roughly back to year-ago levels by the end of the fourth quarter, implying such sales were down for much of the second half of the year. It also credited its rebound with the addition of warm drinks to its menu for the winter season.

At the end of the day, Nayuki and its peers are operating in a market with big potential as China’s growing middle class is increasingly willing to splash out for expensive drinks like bubble milk tea and lattes. But pandemic disruptions are creating headaches for everyone in the short-term, and competition is inevitable due to relatively low barriers to entry. All that said, the company does seem to be taking the necessary steps to ensure its longer-term survival. Now we’ll just have to wait to see if those efforts start bearing some fruit in the form of stronger financial results this year.