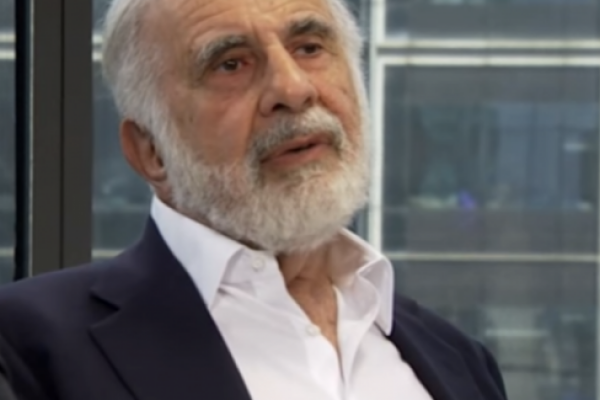 The markets on Tuesday continued to build on the recovery staged last week, but longtime activist investor Carl Icahn isn’t buying the action.

“I think there very well could be a recession or even worse,” Icahn said Tuesday on CNBC’s “Closing Bell: Overtime.”

Icahn noted he has several delegates on various public company boards and he can see firsthand that the system is broken.

What To Know: He acknowledged that there are plenty of companies that are being managed properly, but there are “far too many” that aren’t up to the task.

One of those companies is Southwest Gas Holdings Inc (NYSE: SWX), Icahn said: “They’re the quintessential example of what’s wrong in corporate America.”

The stock is only up about 10% over the last seven years, while its peers have seen gains closer to 50%, he said, adding that such is the result of absent management accountability.

“Worse than that … the agenda of that company, and many in fact, is not on the same incentive program as the shareholders.”

Icahn told CNBC he thinks Southwest Gas stock is worth around $115 to $160 per share, but it won’t get there on the back of poor management. Despite his negative comments, Icahn said he doesn’t think he’ll walk away from the company.

The activist investor also mentioned McDonald’s Corp (NYSE: MCD). He assigned the company an F rating, based on its ESG practices.

Although he noted he isn’t involved with the stock, he disagrees with its management.

“They have so much corporate hubris that you can’t tell McDonald’s what to do and these animals are suffering day and night 24 hours they’re suffering and these guys just don’t care.”