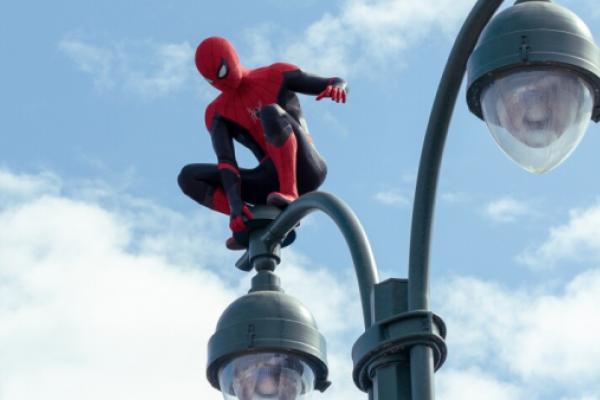 “Spider-Man: No Way Home” smacked aside both the fears of the omicron variant and the Hollywood competition to continue its dominance at the U.S. box office.

What Happened: Now in its fourth weekend in theaters, “Spider-Man: No Way Home” generated $33 million in ticket sales from 4,012 screens. The Sony Pictures (NYSE: SONY) release has recorded $668.7 million from the domestic box office since its premiere on Dec. 10 – with the global box office factored in, the film has absorbed $1.5 billion, making it the eighth highest-grossing international release of all time.

The animated feature “Sing 2” from Comcast’s (NASDAQ: CMCSA) Universal Pictures ranked second at the U.S. box office this weekend with an $11.9 million tally from 3,713 screens. Now in its third week of theatrical release, “Sing 2” has accumulated $109 million at the U.S. box office, making it the most commercially successful animated film of 2021.

Universal also had the weekend’s sole new nationwide release, the action-adventure flick “The 355” starring Jessica Chastain, Penélope Cruz and Lupita Nyong’o, which debuted in third place with a weak $4.8 million from 3,145 theaters.

Rounding out the box office’s top five films were two films going into their third week in release: “The King’s Man” from Walt Disney Co.’s (NYSE: DIS) 20th Century Studios with $3.27 million from 3,040 venues and “American Underdog” from Lionsgate (NYSE: LGF-A), with $2.4 million from 2,729 venues.

What Happens Next: This coming weekend has a single new film in nationwide release: “Scream” from ViacomCBS’ (NASDAQ: VIAC) Paramount Pictures. This fifth installment of the popular horror franchise that began in 1996 includes several stars of the earlier films – including David Arquette, Neve Campbell and Courtney Cox – reprising their roles.

Also Happening: Disney has announced that its latest Pixar animated feature, “Turning Red,” is bypassing theatrical release and going straight to the Disney+ streaming service for a March 11 premiere.

“Turning Red” is the third consecutive Pixar release that will not be seen on the big screen, following “Soul” and “Luca.” The film is directed by Domee Shi, who received an Academy Award for her 2018 Pixar short “Bao.”

“Given the delayed box office recovery, particularly for family films, flexibility remains at the core of our distribution decisions as we prioritize delivering the unparalleled content of The Walt Disney Company to audiences around the world,” said Kareem Daniel, chairman of Disney’s media and entertainment distribution, in a statement published in Variety.

An Unexpected Surprise: Perhaps the most delightfully unexpected movie news of the past week came from the Library of Congress, which released never-before-seen footage of the infamous December 1969 concert at Altamont Speedway in California, where members of the Hell’s Angels who had been working as security guards stabbed a fan to death.

While the 1970 film “Gimme Shelter” offered a cinematic record of the event, two reels of hitherto-unknown silent 8mm home movie footage from the event were identified and digitally preserved. The reels include the only known footage of Crosby, Stills, Nash, and Young performing at Altamont, as they asked not to be included in “Gimme Shelter.”

The footage can be seen on the Library of Congress’ website.