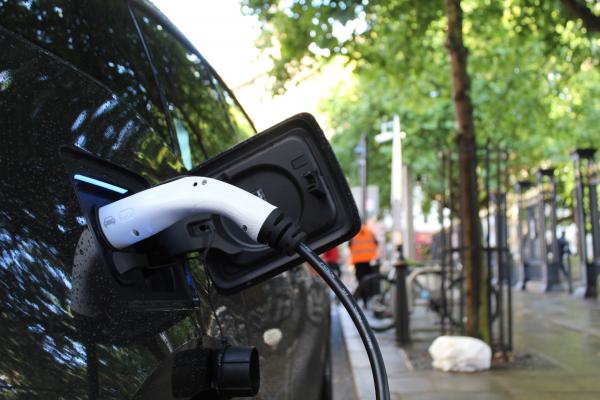 Many traditional automotive companies have been transitioning into the electric vehicle space, which for years has been dominated by Tesla Inc (NASDAQ: TSLA) in the United States.
While names like Ford Motor Co (NYSE: F) and General Motors Corp (NYSE: GM) are known to be heavily investing in EVs, three names announcing plans this week to begin the development of electric vehicles might be surprising to readers.

Sony: At the past two Consumers Electronics Shows, Sony Corp (NYSE: SONY) has hinted at getting into the electric vehicle space, even showing off a prototype last year.
During CES 2022 on Tuesday, Sony unveiled a prototype electric SUV called the Vision-S 02. The vehicle is the second prototype from the company, following the Vision-S 01 electric car that was unveiled in 2020.

To show how serious the company might be about electric vehicles, Sony announced it had created a new business segment called Sony Mobility that will handle the vehicles under development.

A new electric vehicle from Sony could come as technology giant Apple Inc (NASDAQ: AAPL) is planning to launch an electric car by 2025 under the current name of Project Titan.
Unlike Apple that has been relatively quiet on the details of its planned electric vehicles, Sony has now shown off two prototypes and last year shared that it was working with partners that included NVIDIA Corp (NASDAQ: NVDA) and Magna International (NYSE: MGA).

Benzinga highlighted Sony as one of six companies to watch at CES 2022, asking, “Could 2022 be the year the company shares more on its automotive plans?” The answer four days into the year is already yes.

Related Link: 6 Stocks Taking Center Stage At CES 2022 Including For The First Time A Healthcare Company

John Deere: The classic green and yellow tractors from Deere & Co (NYSE: DE) could soon be electric and autonomous according to details from the company this week.
Deere said on Tuesday that commercial deliveries for tractor technology that would make vehicles autonomous will be delivered by the end of the year. This would mark the first autonomous vehicle deliveries from the company.

Deere is trying to decide if it will sell the technology, lease it, or add it as a subscription service for its existing vehicles. The company says it has tested autonomous tractors for the past four years.

The new technology could make it easier for farmers who have had trouble finding enough skilled workers.

Along with autonomous technology for farmers, Deere & Co is also working on options for electric tractors, which the company has tested over the years.

Deere announced an acquisition of Kreisel Electric in December, a leading producer of battery technology for e-mobility and stationary systems.

The company said the acquisition fits with Deere’s goal of electrification and sustainability goals.

While Deere didn’t say the acquisition would mean electric tractors are coming, the company did hint that other products like turf equipment, compact construction vehicles and some road building equipment could be operated with battery power as the primary power source.

“Deere intends to continue to invest in and develop technologies to innovate, deliver value to customers and work towards a future with zero emissions propulsion systems,” the company said.

Amazon.com Inc: Started as an online bookstore, Amazon.com Inc (NASDAQ: AMZN) has grown over the years to be included in other sectors like website hosting, streaming television and movies, smart speakers and grocery stores. Amazon on Wednesday announced plans to grow its software division with connected vehicles.

The e-commerce giant is partnering with Stellantis (NYSE: STLA), the owner of vehicle brands that include Dodge, Fiat, Chrysler and Jeep. The partnership will see Amazon’s technology used to help create connected in-vehicle experiences and help train automotive software engineers.

Stellantis will use Amazon Web Services as its preferred cloud provider for all its vehicle platforms going forward as part of the new multi-year deal. Alexa voice assistant will also be included across the Stellantis vehicle lineup as part of its SmartCockpit offering.

Customers will be able to connect their vehicle to their home for items like setting the vehicle temperature from home and monitoring a residence while in the vehicle.

In December, Stellantis announced it would invest over $33 billion through 2025 to enhance its software and electrification efforts. The company has a goal of having over 34 million connected cars on the road by 2030. Having connected cars could help Stellantis generate additional revenue after it sells the vehicles.

Amazon has a goal of generating $22.5 billion annually from its software division.

Related Link: Tesla Can End Up Being The ‘iPhone’ Of The EV Industry And It’s ‘Show Me Year’ For Ford, Rivian, Lucid: Gene Munste