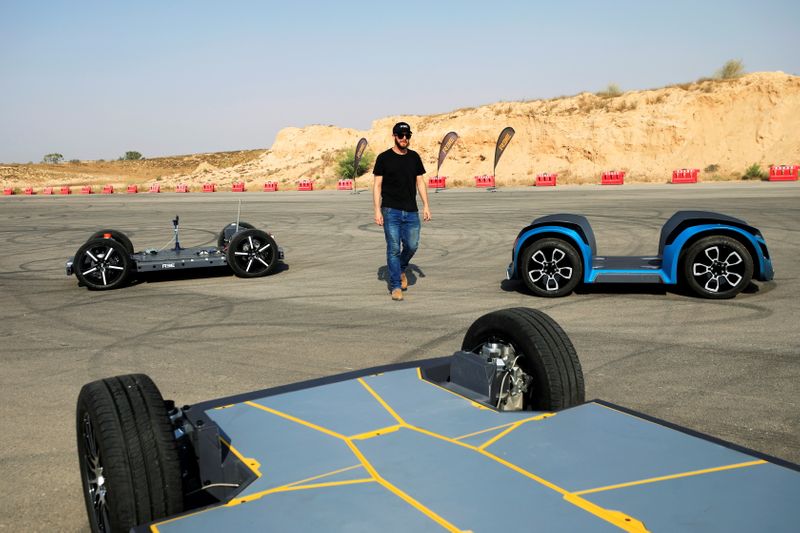 Chief Executive Daniel Barel said the company does not have a specific number of orders – a number of electric van startups have announced large orders – but said REE’s strength lies in its partnerships.

The company is scheduled to begin trading under the “REE” symbol on Friday.

REE’s electric chassis will be used for a variety of different vehicles that will have their own branding.

“All these companies at some point are going to start using us as their platform,” Barel said. “We’re literally everywhere now, so that’s far larger than just one order.”

As battery prices come down and large companies face pressure to switch to zero-emission delivery vehicles, the outlook for electric vans and trucks is good.

But as traditional manufacturers are gearing up to launch their own electric vans, the race is on for startups to bring scale up and bring their products to market.

Instead of traditional axles, REE’s electric vehicle platform runs using four separate wheels – with their own steering, braking, suspension, powertrain and control – that allow its vehicles to have flatter bottoms, providing more room for cargo.