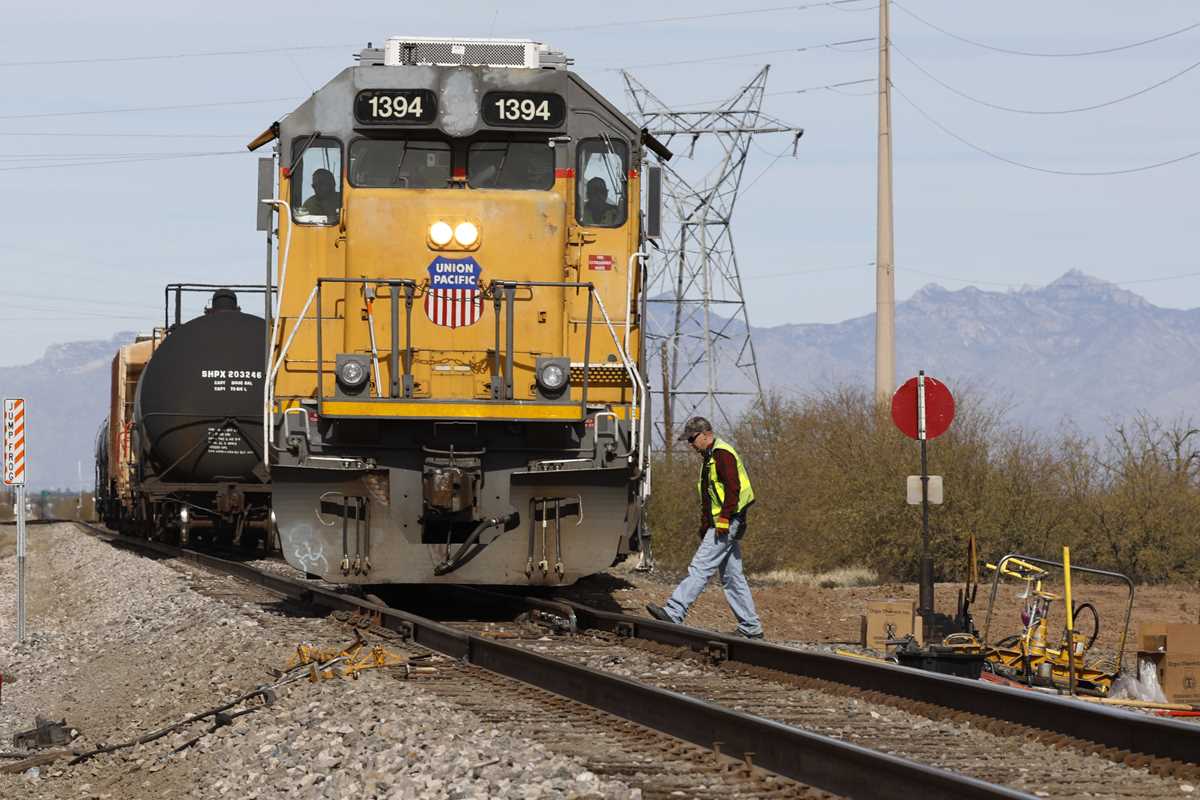 OMAHA, Neb. (AP) — Contract talks between the biggest freight railroads and unions that represent 105,000 employees are headed to mediation this week after the unions declared an impasse following more than two years of negotiations.

The unions said Monday that the contract talks had deadlocked because the railroads are still seeking concessions, even after workers remained on the job throughout the pandemic and endured significant staff cuts in recent years as the railroads overhauled their operations.

“Our members have earned, and rightfully expect, a substantial contract settlement that recognizes the sacrifices they and their families make each day,” the coalition of 10 rail unions said in their statement. “Instead, the Carriers continue to push proposals that fail to even catch up to the cost of living.”

Michael Maratto, general counsel of the National Railway Labor Conference that represents the railroads, said it is routine for federal mediators to get involved in contract talks, and the railroads welcome their help in reaching an agreement.

The NRLC group is negotiating on behalf of more than 30 railroads, including Union Pacific, BNSF, Norfolk Southern, CSX and Kansas City Southern.

“The railroads believe in the collective bargaining process and will continue negotiating in good faith to reach voluntary agreements,” the railroads said in a statement.

Since 2017, the major freight railroads have collectively cut more than 20% of their staff as the industry adopted a new operating model called Precision Scheduled Railroading. It calls for running fewer, longer trains with a mix of freight to reduce the number of crews and locomotives needed to deliver millions of tons of goods nationwide.

Unions have said the widespread cuts have spread employees thin, raising concerns about whether defects that could cause derailments will be missed during inspections or allowed to linger in the rail network because routine maintenance has been delayed.

Railroads have defended their safety records and say they can manage with fewer employees because they have reduced the number of trips they run. They also say they have cut down on the number of locomotives and railcars needing maintenance by significantly increasing the length of trains.

The contract talks that began in the fall of 2019 include the contentious issue of whether the railroads should be able to cut crews from two people down to one in some circumstances. Unions have long opposed that change because of safety concerns and the desire to protect union jobs.

Railroads have argued that the completion of new systems that can stop trains automatically, called Positive Train Control, are making it unnecessary to have a second person in the locomotive. So they want the discretion to be able to run trains with one-person crews in places where those safety systems are used and possibly move conductors out of the locomotives to ground-based jobs.

Labor agreements requiring two-person crews have been in place for more than 30 years at the major railroads, although many short-line railroads operate with one-person crews.

Should you invest $1,000 in Kansas City Southern right now?

Before you consider Kansas City Southern, you’ll want to hear this.

MarketBeat keeps track of Wall Street’s top-rated and best performing research analysts and the stocks they recommend to their clients on a daily basis. MarketBeat has identified the five stocks that top analysts are quietly whispering to their clients to buy now before the broader market catches on… and Kansas City Southern wasn’t on the list.

While Kansas City Southern currently has a “Hold” rating among analysts, top-rated analysts believe these five stocks are better buys.