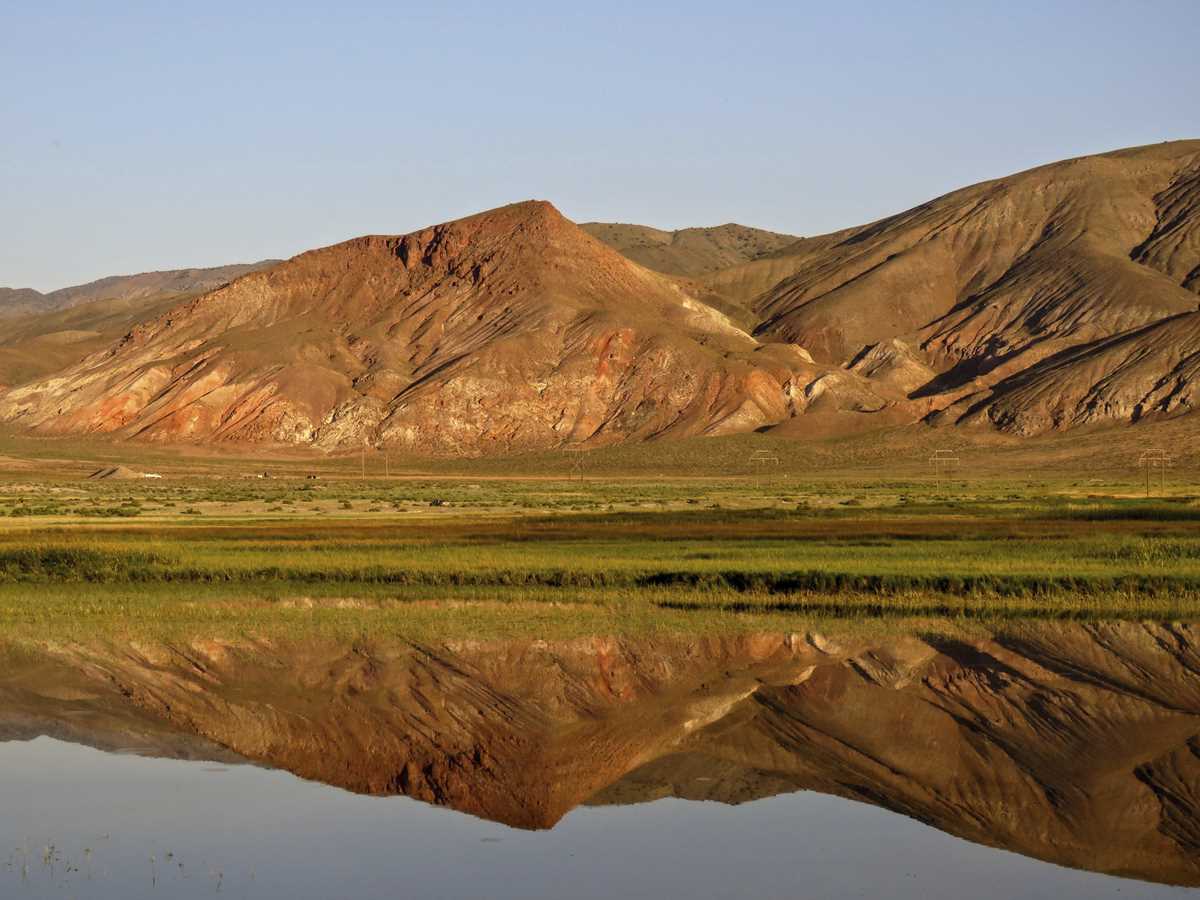 The Dixie Meadows is pictured in June 2017 in Churchill County, Nev. In a lawsuit filed Dec. 15, 2021, conservationists and tribal leaders are suing the U.S. government to try to block construction of two geothermal plants there that they say will destroy a sacred hot springs and push the toad to the brink of extinction. A federal judge said on Tuesday, Jan. 4, 2022, he intends to temporarily block any construction work for 90 days at a proposed geothermal power plant in Nevada that opponents say would destroy a sacred tribal site and could result in extinction of a rare toad being considered for endangered species protection.(Patrick Donnelly/Center for Biological Diversity via AP, File) 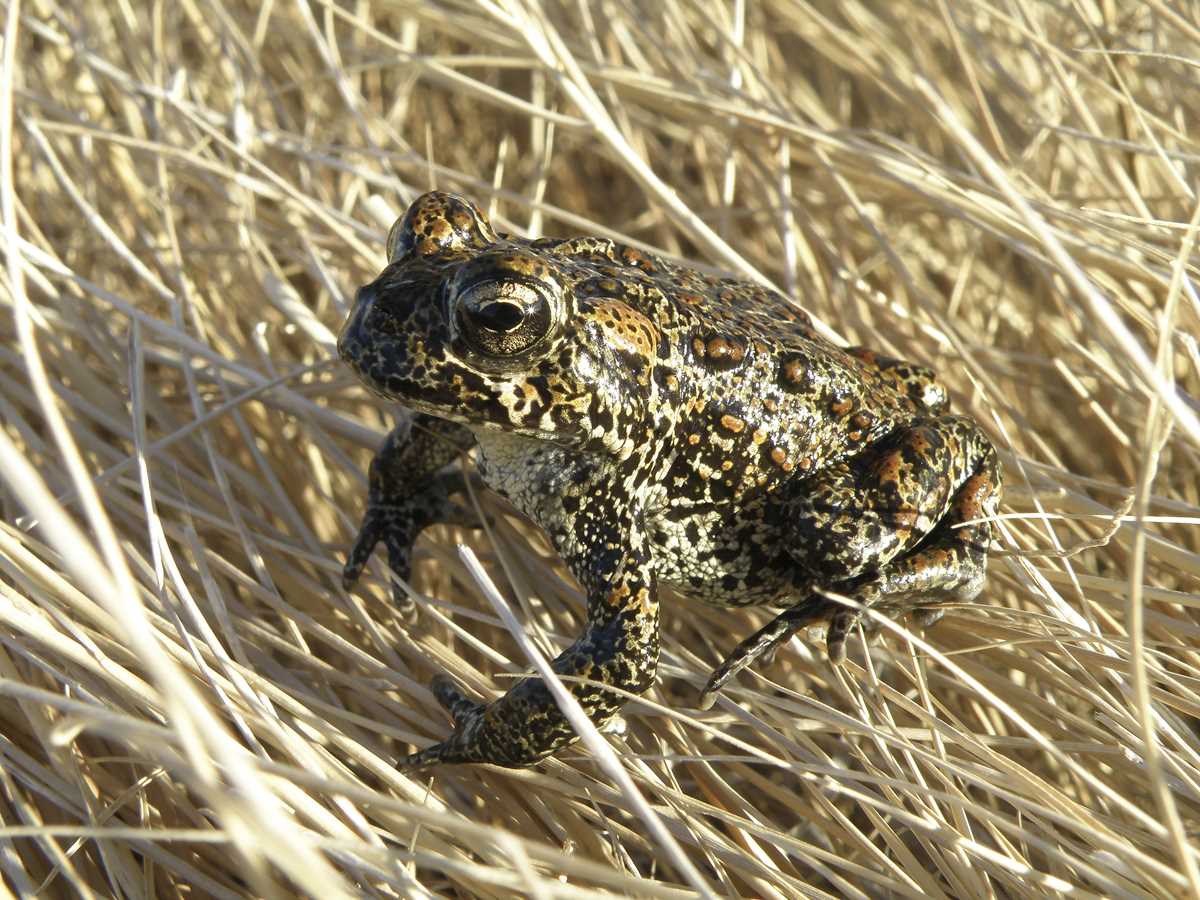 A Dixie Valley toad sits atop grass in Dixie Valley, Nev., on April 6, 2009. The Dixie Valley toad is found only in Nevada and its entire population lives in a thermal spring-fed wetland in the remote Dixie Valley. A federal appeals court will have to decide whether protecting historical tribal lands and a rare toad warrant blocking a major geothermal plant in Nevada as the nation tries to move away from fossil fuels amid a looming climate crisis. (Matt Maples/Nevada Department of Wildlife via AP) 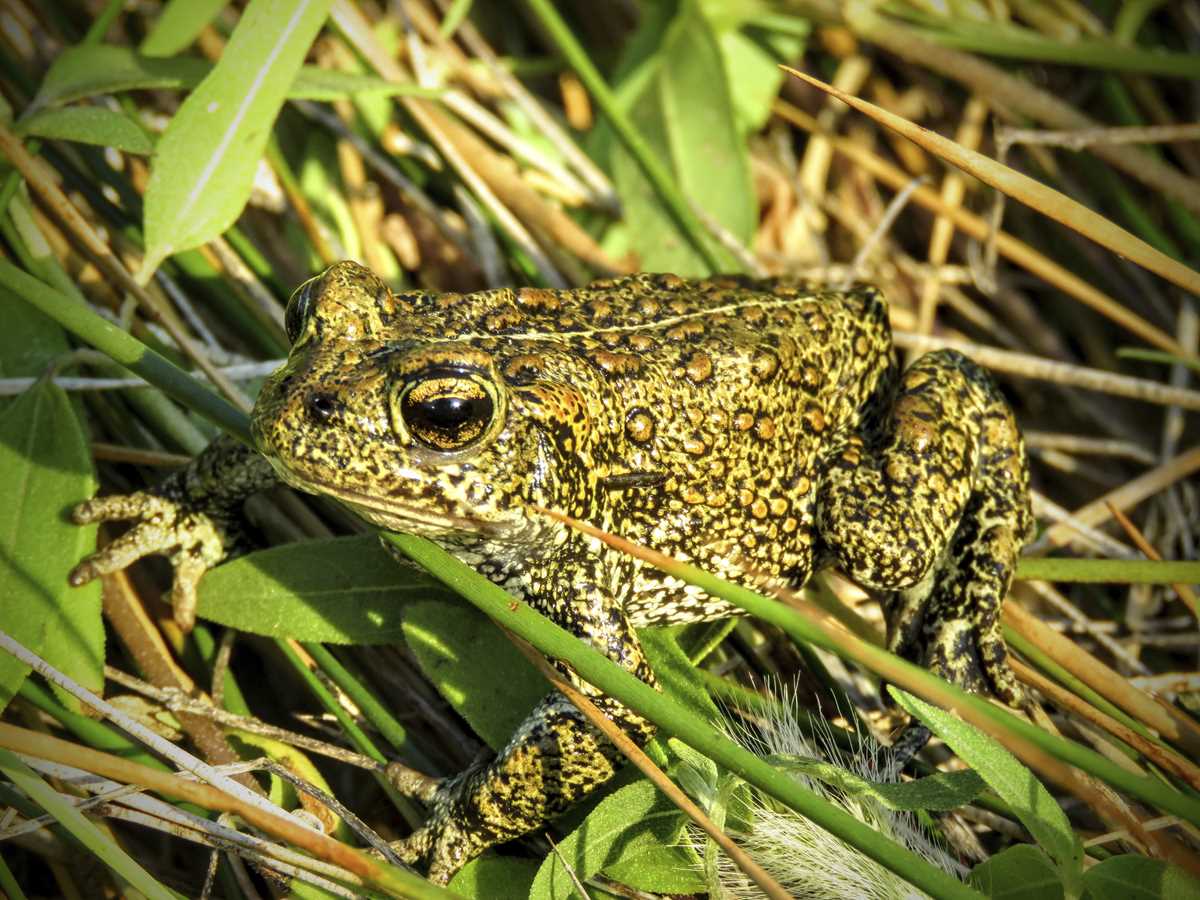 A rare Dixie Valley toad sits in grass in June 2017 in the Dixie Meadows in Churchill County, Nev. A federal judge said on Tuesday, Jan. 4, 2022, he intends to temporarily block any construction work for 90 days at a proposed geothermal power plant in Nevada that opponents say would destroy a sacred tribal site and could result in extinction of a rare toad being considered for endangered species protection. (Patrick Donnelly/Center for Biological Diversity via AP,File)

RENO, Nev. (AP) — A federal appeals court will have to decide whether protecting historical tribal lands and a rare toad warrant blocking a major geothermal plant in Nevada as the nation tries to move away from fossil fuels amid a looming climate crisis.

Ormat Technologies says it may abandon the project if a 90-day court order remains in place into March at the high-desert site bordering wetlands fed by hot springs about 100 miles (160 kilometers) east of Reno.

The legal battle is headed to the 9th U.S. Circuit Court of Appeals in San Francisco after a federal judge in Reno denied Ormat’s request this week to lift the temporary injunction by Feb. 28.

The Fallon Paiute-Shoshone Tribe and the Center for Biological Diversity won the Jan. 4 court order temporarily banning any activity on what they say are sacred ceremonial grounds and home to the Dixie Valley toad being considered for a U.S. endangered species listing.

They also warn that the project could end up costing ratepayers in Southern California more for electricity.

Reno-based Ormat, one of the five largest U.S. geothermal producers, says it could lose tens of millions of dollars if it can’t begin construction at the site on federal land before March.

“While this is a significant blow to the company, it may sound the death knell for the project,” its lawyers wrote in their request to cut the 90-day order in half.

Ormat said it has invested $68 million over 10 years to start construction early this year and meet a Dec. 31 deadline to begin selling power at rates above current market prices under a 2017 contract.

Jones said in his order late Wednesday they should take it up with the appellate court in San Francisco.

“The most efficient and direct path to resolve any party’s concerns with this court’s orders on the temporary restraining order and preliminary injunction is to pursue appeal on an expedited basis,” he wrote.

On Thursday, Ormat’s lawyers filed formal notice of their intent to appeal.

It’s the latest development in a lawsuit the opponents filed last month seeking to void an environmental review the Bureau of Land Management approved in authorizing the project in November.

The lawsuit says pumping water from beneath the earth in Dixie Meadows will harm the hot springs the tribe considers sacred and could push the toad to the brink of extinction at the only place in the world it’s known to exist.

The opponents lawyers also say in their latest court filings that while Ormat may benefit from the energy deal it cut in 2017, electric ratepayers would not.

“Ormat’s interest in profiting from above-market prices — which would likely be borne by consumers in the Los Angeles area over the length of the contract — does not constitute irreparable harm,” they wrote.

Ormat argues the ceremonial lands and the toad itself are too far from the plant to be harmed, and that the area already is developed with roads, powerlines, a wellfield and an existing gravel pit bordering the site.

Its lawyers say geothermal development is an especially important step “in the global fight to reduce greenhouse gases and slow climate change.” Unlike wind and solar, geothermal power “contributes to availability of clean energy 24 hours a day, seven days a week,” they said.

“The loss of the project would deal a massive blow to the state’s efforts to replace fossil fuel combustion with renewable energy, posing an obstacle to Nevada’s constitutional requirement to procure 50% of the state’s energy from renewable resources by 2030,” they wrote.

The tribe and conservationists say any delays in construction are largely of Ormat’s and the government’s “own making.”

Their lawyers say the bureau’s environmental assessment makes clear that from 2011-2016, Ormat failed to collect required surface water monitoring data as it had agreed to under its lease.

They said they alerted Ormat and the bureau in 2017 that they needed to prepare a more detailed environmental impact statement.

“The failure to resolve those issues over the subsequent years does not now create an emergency,” they wrote.