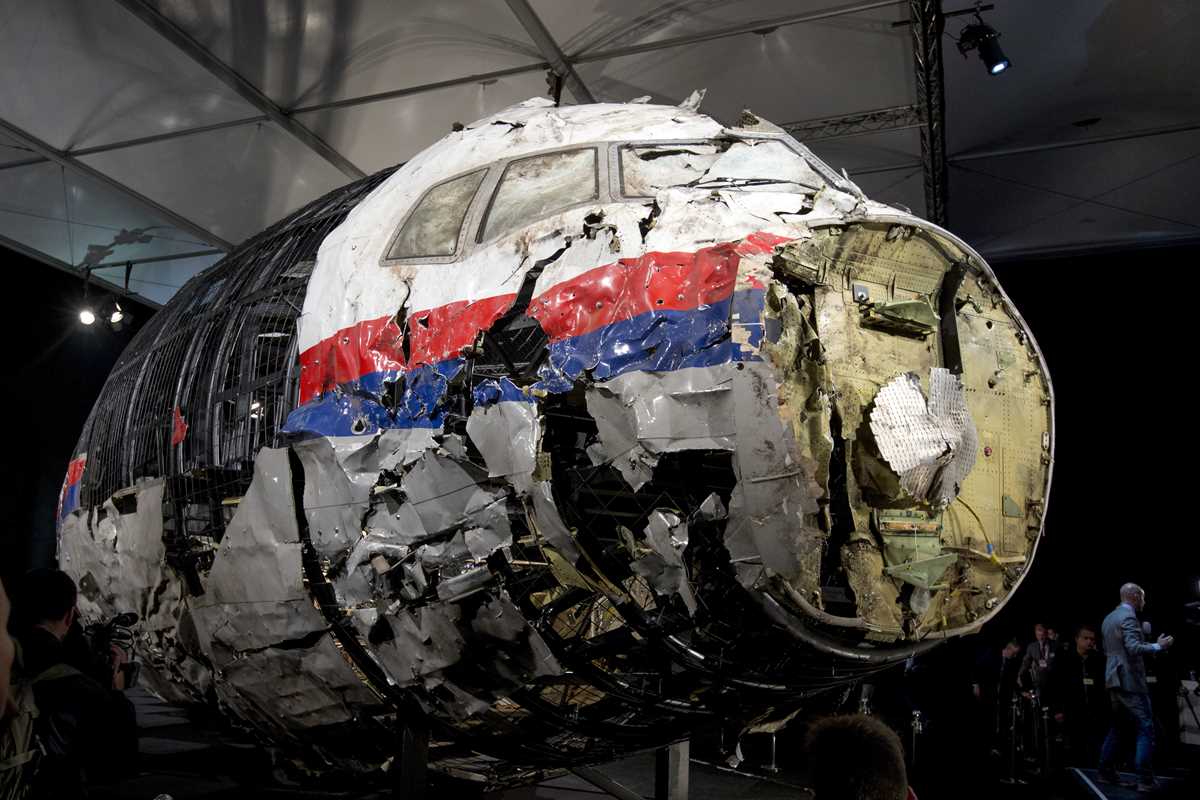 This Tuesday, Oct. 13, 2015 file photo, shows the reconstructed wreckage of Malaysia Airlines Flight MH17, put on display during a press conference in Gilze-Rijen, central Netherlands. The Netherlands and Ukraine argued Wednesday, Jan. 27, 2022, that a top European court should hear their cases that seek to hold Russia responsible for human rights violations in eastern Ukraine including the 2014 downing of a passenger jet that killed all 298 people on board. (AP Photo/Peter Dejong, File)

THE HAGUE, Netherlands (AP) — The Netherlands and Ukraine argued Wednesday that a top European court should hear their cases that seek to hold Russia responsible for human rights violations in eastern Ukraine including the 2014 downing of a passenger jet that killed all 298 people on board.

Lawyers representing the Dutch government told the European Court of Human Rights in the French city of Strasbourg that Russia had effective control over rebel forces in eastern Ukraine when Malaysia Airlines flight MH17 was shot down on July 17, 2014.

The preliminary hearing into whether the Ukraine and Dutch cases against Russia are admissible opened amid soaring tensions between Russia and the West over Moscow’s huge troop buildup near the border with Ukraine and fears of conflict.

Ukrainian Justice Minister Denys Maliuska told the court that the events in eastern Ukraine and Crimea in 2014 foreshadowed the current crisis.

He told the court his country faces “a consistent or long-term policy of the Russian Federation aimed at bending Ukraine to the Russian interests and swaying it away from its path towards Western values and civilization. This policy continues up until now.”

An international investigation concluded that a Buk missile transported from a Russian military base into Ukraine brought down the Boeing 777 that was heading from Amsterdam to Kuala Lumpur. The missile launch system was then driven back to Russia, the investigation found. At the time, pro-Russian separatists were battling Ukrainian forces in the country’s east.

Dutch lawyer Babette Koopman said the Dutch government had concluded that the missile launch system “was provided by Russia with a crew to the separatists. The Buk missile was launched from an area under the effective control of Russia and by, or at least with the assistance of, Russian state agents.”

Koopman told judges that relatives of the plane’s dead are still waiting for an admission of responsibility and the fact that none has been made “has added and continues to add to the already tremendous grief of the next of kin.”

Maliuska went to the court to personally argue his government’s case. He told judges that after Russia’s annexation of Crimea in 2014, Moscow used “this same traveling circus of professional separatists” in eastern Ukraine.

Russia denies any involvement and its lawyer Mikhail Vinogradov urged the court to declare the cases inadmissible.

If the Dutch and Ukrainian cases are deemed admissible by the court’s judges, they will likely take years to reach a conclusion.

Relatives of some of the victims were in court Wednesday. Before the hearing, they held up a banner outside that read “Waiting for answers and accountability” printed over the flight number “MH17.”

In a statement, Dutch Foreign Minister Wopke Hoekstra called Wednesday’s hearing “an important step in the Netherlands’ pursuit of justice for the victims and their next of kin. That is and will remain a priority for the government.”