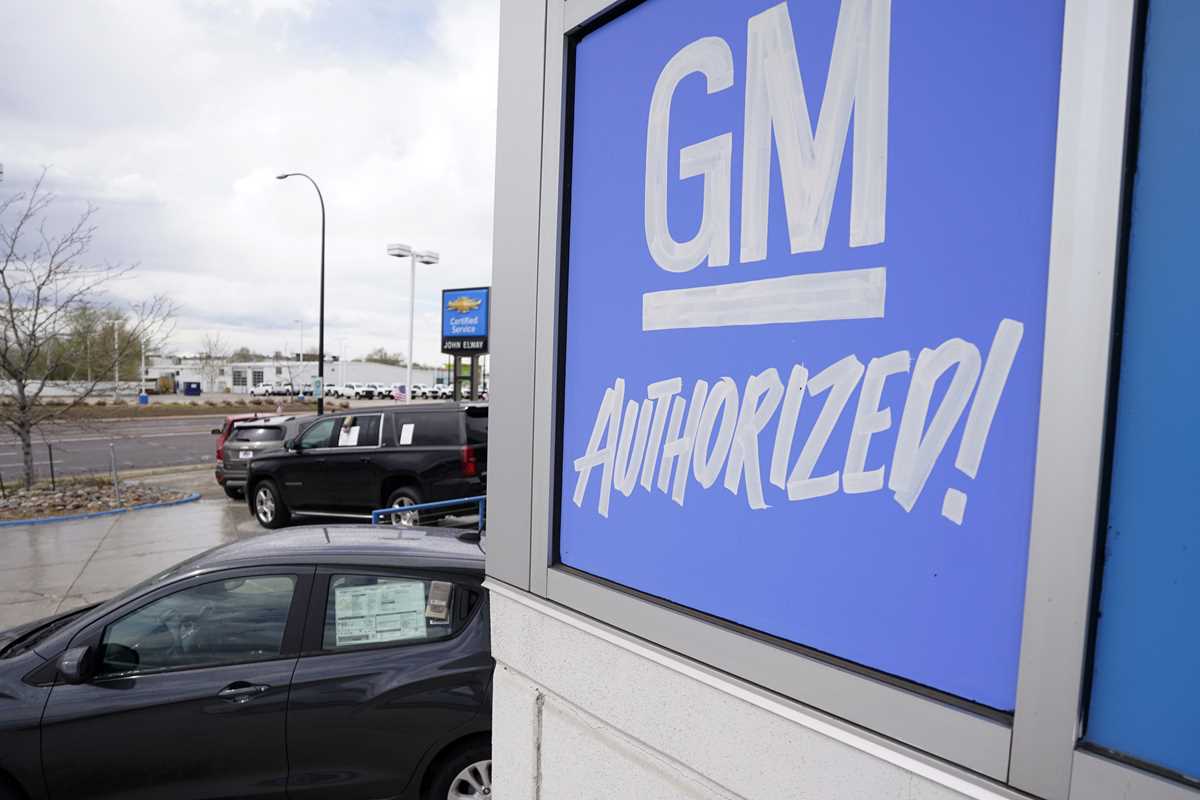 FILE- In this May 2, 2021, file photo, a General Motors sign hangs on the side of a Chevrolet showroom in Englewood, Colo. Michigan’s economic development board on Tuesday, Jan. 25, 2022 approved $824 million in incentives and assistance for General Motors Co. to put electric vehicle and battery plants in its home state, adding as many as 4,000 jobs. (AP Photo/David Zalubowski, File)

LANSING, Mich. (AP) — Michigan’s economic development board on Tuesday approved $824 million in incentives and assistance for General Motors Co. to put electric vehicle and battery plants in its home state, adding as many as 4,000 jobs.

The Detroit-based automaker plans to spend up to $4 billion converting and expanding its Orion Township assembly factory to make electric pickup trucks and $1.5 billion to $2.5 billion building a third U.S. battery cell plant with a joint-venture partner in Lansing.

The package was unveiled and authorized by the Michigan Strategic Fund Board. It includes a $600 million grant to GM and Ultium Cells, the venture between the carmaker and LG Energy Solution, and a $158 million tax break for Ultium. The board also approved $66.1 million to help a local electric utility and township upgrade infrastructure at the battery factory site.

“The shift to electrification is truly revolutionary, and investment decisions being made now will have positive or detrimental impacts on regions for decades to come. The important of securing this investment to both the local and broader state economy cannot be overstated,” state economic development officials wrote in a memo requesting the incentives. They are separate from locally approved incentives, including a special power rate for the battery plant and tax abatements.

GM and Ultium, they said, considered multiple states for the new battery factory. GM previously eyed Michigan for other battery plants but chose Ohio and Tennessee instead.

GM CEO Mary Barra planned to announce the Michigan spending at a morning news conference near the Capitol with Gov. Gretchen Whitmer, state lawmakers and others.

The development came months after Michigan missed out on three Ford Motor Co. battery factories and an electric vehicle assembly plant that were placed in Kentucky and Tennessee. The governor and the Legislature recently set aside $1 billion to land major business projects, two-thirds of which is for the GM facilities.

GM has set a goal of selling only electric passenger vehicles by 2035.