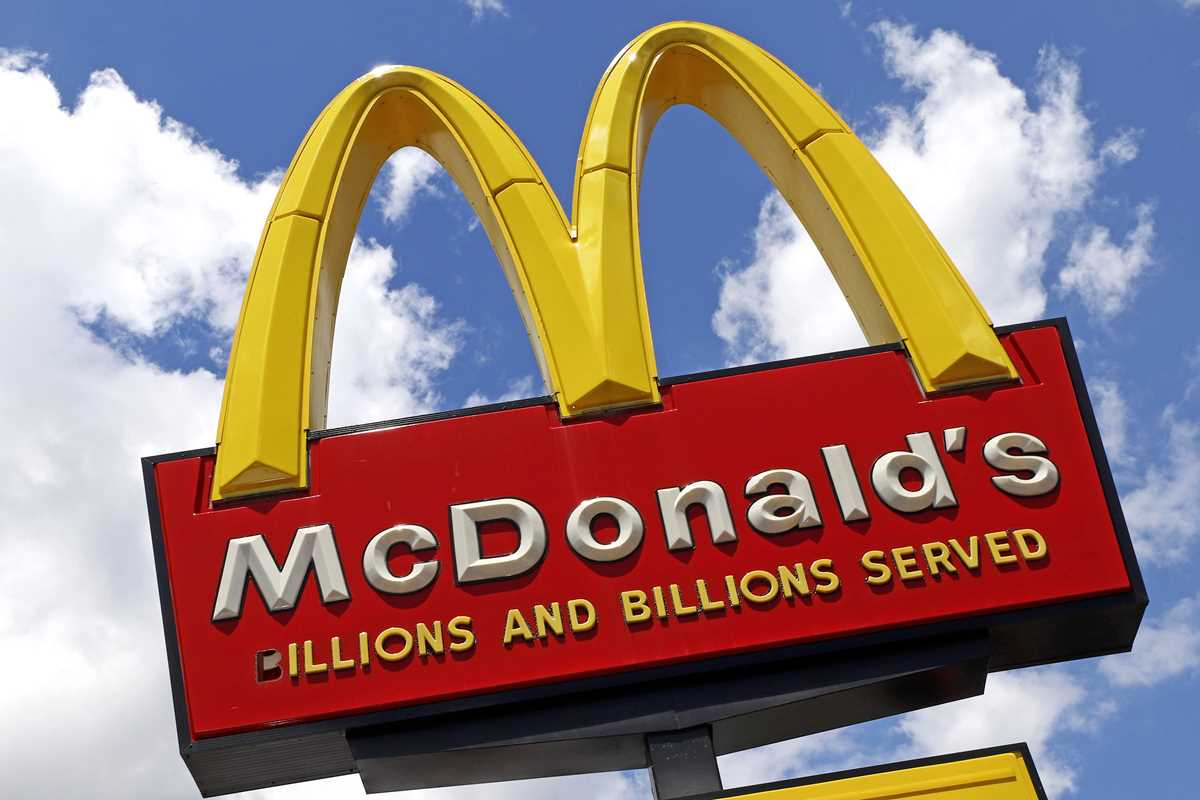 This June 25, 2019, photo shows the sign outside a McDonald’s restaurant in Pittsburgh. McDonald’s is expanding U.S. testing of its meatless McPlant burger. The company said the McPlant __ which it’s developing with plant-based protein company Beyond Meat __ will be tested at 600 stores in the San Francisco and Dallas areas starting Feb. 14, 2022. (AP Photo/Gene J. Puskar, File)

McDonald’s is expanding sales of its meatless McPlant burger to hundreds of locations.

The company said the McPlant __ which it co-developed with plant-based protein company Beyond Meat __ will be sold at 600 stores in the San Francisco and Dallas areas starting Feb. 14.

It’s a major expansion for the McPlant, which was introduced last November at eight stores in Texas, Iowa, Louisiana and California. That test run helped the company determine how a plant-based option would alter its kitchen operations. McDonald’s said the larger product offering will help it understand customer demand.

The Chicago company offered no details about what it learned from its first round of sales, or whether it has since tweaked the recipe. The McPlant is made from peas, rice and potatoes, among other ingredients.

McDonald’s has been slower to market with a plant-based burger than rivals. Burger King introduced the plant-based Impossible Whopper __ made by Beyond Meat rival Impossible Foods __ in 2019, while Starbucks brought out a breakfast sandwich made with Impossible sausage in 2020.

Earlier this month, KFC announced it was expanding its Beyond Meat plant-based chicken tenders nationwide. Chipotle also recently introduced a plant-based chorizo that it developed in-house.

McDonald’s first tested a Beyond Meat burger called the P.L.T. in Canada in 2019, but later pulled it off the menu. Last year, it started testing the McPlant in several European markets, including Sweden, Denmark and the United Kingdom.

Before you consider McDonald’s, you’ll want to hear this.

MarketBeat keeps track of Wall Street’s top-rated and best performing research analysts and the stocks they recommend to their clients on a daily basis. MarketBeat has identified the five stocks that top analysts are quietly whispering to their clients to buy now before the broader market catches on… and McDonald’s wasn’t on the list.

While McDonald’s currently has a “Buy” rating among analysts, top-rated analysts believe these five stocks are better buys.