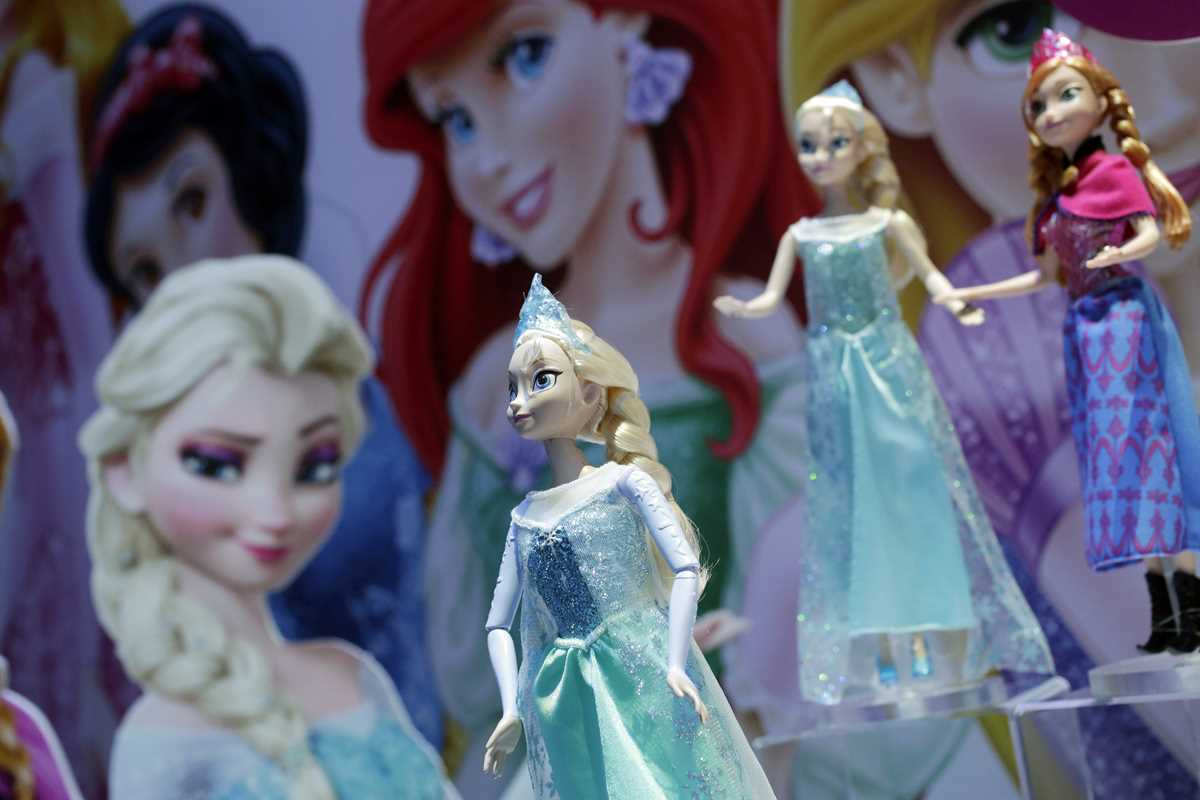 Disney Frozen Feature Fashion Dolls are displayed at the Mattel booth, Friday, Feb. 14, 2014 at the American International Toy Fair in New York. Toy company Mattel has won back the licensing rights for Disney’s princess and “Frozen” franchises, Wednesday, Jan. 26, 2022. The reunion comes after Hasbro bested the rights for the “Frozen” and princess products away from Mattel in 2014. (AP Photo/Mark Lennihan)

Toy company Mattel has won back the licensing rights for Disney’s princess and “Frozen” franchises.

The reunion comes after Hasbro bested the rights for the “Frozen” and princess products away from Mattel in 2014. Disney released “Frozen” in movie theaters in November 2013, and it became an instant success. “Frozen” and the sequel, “Frozen II,” are in the top 20 highest grossing films of all time.

The new multiyear global deal between Disney and Mattel will allow Mattel to develop lines of toys for Disney consumer products, games and publishing, including fashion dolls, small dolls, and figures.

“By furthering our longstanding relationship with Mattel, we look forward to expanding the worlds of Disney Princess and Frozen, introducing an innovative new era of these beloved franchises through captivating products and play opportunities,” Stephanie Young, president of Disney consumer products, games and publishing, said in a statement.

The products are expected to launch at retailers worldwide at the start of next year.

Shares of Mattel climbed 9% in midday trading on Wednesday.

Before you consider Mattel, you’ll want to hear this.

MarketBeat keeps track of Wall Street’s top-rated and best performing research analysts and the stocks they recommend to their clients on a daily basis. MarketBeat has identified the five stocks that top analysts are quietly whispering to their clients to buy now before the broader market catches on… and Mattel wasn’t on the list.

While Mattel currently has a “Buy” rating among analysts, top-rated analysts believe these five stocks are better buys.