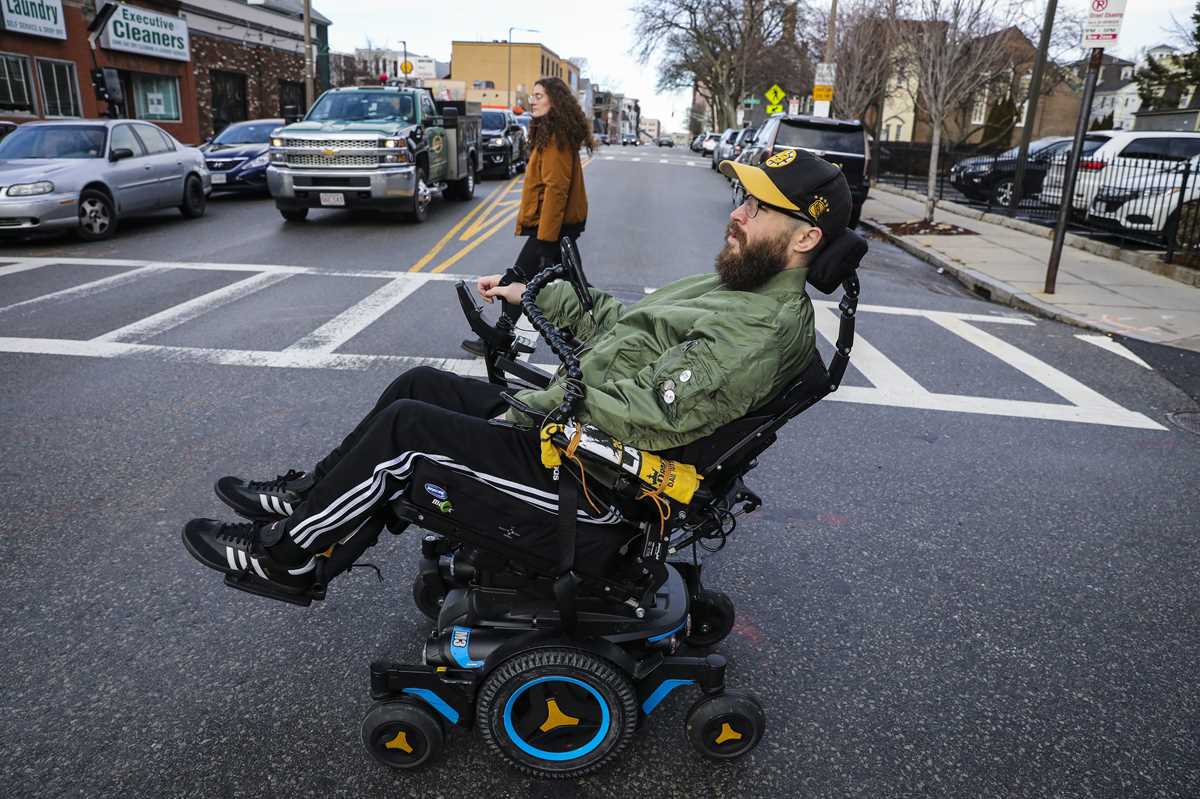 Will Good operates his wheelchair down a street in the South Boston neighborhood of Boston, Jan. 20, 2022. Good, who was left a quadriplegic when his Uber vehicle crashed last year, is seeking $63 million in damages in a negligence lawsuit that was filed against the ride-hailing platform. (Erin Clark/The Boston Globe via AP)

BOSTON (AP) — A Massachusetts man who was left a quadriplegic when his Uber vehicle crashed last year is seeking $63 million in damages in a negligence lawsuit he has filed against the ride-hailing platform.

William Good, 31, of Somerville, alleges in the lawsuit that Uber “failed to appropriately screen, hire and supervise their driver, resulting in severe and life-changing injuries to Mr. Good, who is now a quadriplegic.”

Good had hailed a ride to get from work in Boston to his home in Somerville on April 30, according to the suit.

An Uber spokesperson told The Boston Globe the company could not comment on pending litigation.

The driver had a driving history that included moving violations, crashes and citations, the suit says.

“I struggle daily with the knowledge that this Uber employee was hired as a professional driver — the last thing he should have been hired to do,” Good told WCVB-TV.

Should you invest $1,000 in Uber Technologies right now?

Before you consider Uber Technologies, you’ll want to hear this.

MarketBeat keeps track of Wall Street’s top-rated and best performing research analysts and the stocks they recommend to their clients on a daily basis. MarketBeat has identified the five stocks that top analysts are quietly whispering to their clients to buy now before the broader market catches on… and Uber Technologies wasn’t on the list.

While Uber Technologies currently has a “Buy” rating among analysts, top-rated analysts believe these five stocks are better buys.