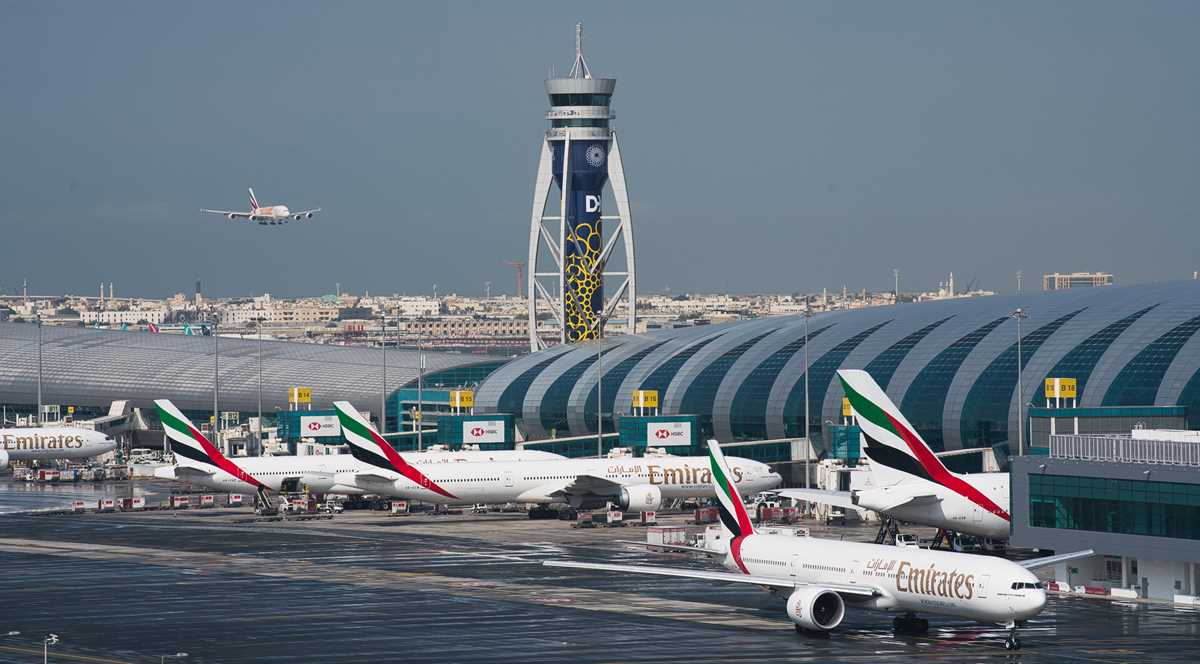 CORRECTS THE YEAR TO 2022, NOT 2021 – An Emirates jetliner comes in for landing at the Dubai International Airport in Dubai, United Arab Emirates, Dec. 11, 2019. Airlines across the world, including the long-haul carrier Emirates, rushed Wednesday, Jan. 19, 2022, to cancel or change flights heading into the U.S. over an ongoing dispute about the rollout of 5G mobile phone technology near American airports. (AP Photo/Jon Gambrell, File)

It wasn’t immediately clear why the airlines made those decisions — or whether they took into account that mobile carriers AT&T and Verizon agreed this week to pause the rollout of the new high-speed wireless service near key airports. But some said they received warnings from the U.S. Federal Aviation Administration or Boeing that the plane maker’s 777 — used by carriers worldwide — was particularly affected by the new service.

It was also not clear how disruptive the cancellations would be. Several airlines said they would try to merely use different planes to maintain their schedules.

Similar mobile networks have been deployed in dozens of other countries — but there are some key differences in how the U.S. network works that could make it more likely to cause problems for airlines.

The new 5G networks use a segment of the radio spectrum that is close to that used by radio altimeters, which measure the height of aircraft above the ground and help pilots land in low visibility. The U.S. Federal Communications Commission, which sets a buffer between the frequency that 5G uses and the one that altimeters use, determined that it could be used safely in the vicinity of air traffic.

AT&T and Verizon have said their equipment will not interfere with aircraft electronics.

But FAA officials saw a potential problem, and the telecom companies agreed to a pause Tuesday while it is addressed.

The U.S. and China are fighting for new sources of lithium – the linchpin of clean energy. Lithium mining operations have been declared a national emergency. Biden has ordered America’s lithium supply chain to be strengthened and investors in lithium exploration companies are rejoicing. We may be entering a decades-long lithium bull run. You don’t want to miss it.

On Wednesday, Emirates announced it would halt flights to several American cities due to “operational concerns associated with the planned deployment of 5G mobile network services in the U.S. at certain airports.” It said it would continue flights to Los Angeles, New York and Washington.

“We are working closely with aircraft manufacturers and the relevant authorities to alleviate operational concerns, and we hope to resume our U.S. services as soon as possible,” the state-owned airline said.

Tim Clark, president of Emirates, pulled no punches when discussing the crisis. He told CNN it was “one of the most delinquent, utterly irresponsible” situations he’d ever seen as it involved a failure by government, science and industry.

Of particular concern appears to be the Boeing 777. Emirates only flies that model and the Airbus A380 jumbo jet — and it was among one of the most affected airlines.

Japan’s All Nippon Airways said that the FAA “has indicated that radio waves from the 5G wireless service may interfere with aircraft altimeters.”

“Boeing has announced flight restrictions on all airlines operating the Boeing 777 aircraft, and we have canceled or changed the aircraft for some flights to/from the U.S. based on the announcement by Boeing,” ANA said. It canceled 20 flights over the issue to cities such as Chicago, Los Angeles and New York.

Japan Airlines similarly said that it had been informed there could be interference with the 777.

It said it will stop using the model in the continental U.S. for now. Eight of its flights were affected Wednesday — three passenger trips and five for cargo. Taiwan’s EVA Air also said the FAA specifically said 777s may be affected, but it did not spell out how it would adjust its schedule.

But Air France said it planned to continue flying its Boeing 777s into American airports. It did not explain why it didn’t change its aircraft as many other carriers have.

In a statement, Chicago-based Boeing Co. said it remains “committed to working closely with airlines, radio altimeter suppliers and the FAA on a data-driven solution for the long term that ensures all commercial airplane models can operate safely as 5G is deployed in the United States.” The company did not respond questions about its 777.

Air India also announced on Twitter it would cancel flights to Chicago, Newark, New York and San Francisco because of the 5G issue.

But it also said it would try to use other aircraft on U.S. routes — a course several other airlines took.

Korean Air, Hong Kong’s Cathay Pacific and Austrian Airlines said they substituted different planes for flights that were scheduled to use 777s. Korean Air spokeswoman Jill Chung said the airline was also avoiding operating some kinds of 747s at affected airports. Germany’s Lufthansa also swapped out one kind of 747 for another on some U.S.-bound flights.

The FAA has said it will allow planes with accurate, reliable altimeters to operate around high-power 5G. But planes with older altimeters will not be allowed to make landings under low-visibility conditions.

Among the problems that may make the 5G rollout an issue in the U.S. and not other countries, according to the FAA, are that American towers use a more powerful signal strength than those elsewhere, the network operates on a frequency closer to the one altimeters use, and tower antennae point up at a higher angle.

“Base stations in rural areas of the United States are permitted to emit at higher levels in comparison to other countries which may affect radio altimeter equipment accuracy and reliability,” the FAA said in December.

France, for example, reduces the power of the networks near airports.

The FCC’s chairwoman said in a statement that the 5G “deployment can safely co-exist with aviation technologies in the United States, just as it does in other countries around the world.” However, Jessica Rosenworcel urged the FAA to conduct its safety checks with “both care and speed.”

AT&T and Verizon spent tens of billions of dollars for the 5G spectrum known as C-Band in a government auction last year.

Choi Jong-yun, a spokeswoman of Asiana Airlines, said the company hasn’t been affected so far because it uses Airbus planes for passenger flights to the U.S.

However, Choi raised a new wrinkle, saying airlines have also been instructed by the FAA to avoid automatic landings at affected U.S. airports during bad weather conditions, regardless of plane type. Asiana will redirect its planes to nearby airports during those conditions, she said.

7 Trucking Stocks That Are About to Go On a Roll

Americans are facing a historic supply chain crisis. The solutions are simple on the one hand and
maddeningly complex on the other. And no industry embodies that complexity more than the trucking
industry. Just getting the barges unloaded will not be enough. Those goods have to be transported to a
final destination.

For that, we’re going to need trucks. And those trucks will need drivers. According to the American
Trucking Association (ATA), approximately 70% of consumer goods in the United States are transported
by trucks. However, for a variety of reasons, the industry faces a shortage of qualified drivers.

How extreme is that shortage? The ATA estimates that the shortage of qualified truck drivers sits at over
50,000 and continues to grow. In fact, it suggests that over 900,000 drivers are needed and there simply
are not enough qualified drivers to meet that demand.

We’re not going to see one million new drivers on the road by the end of the year. And even if we did,
trucking companies will be a beneficiary as the industry rises to meet this moment. This also means that
investors should be eyeing trucking stocks. And that’s why we’ve prepared this special presentation
which identifies seven trucking stocks that are excellent opportunities at this time.

View the “7 Trucking Stocks That Are About to Go On a Roll”.