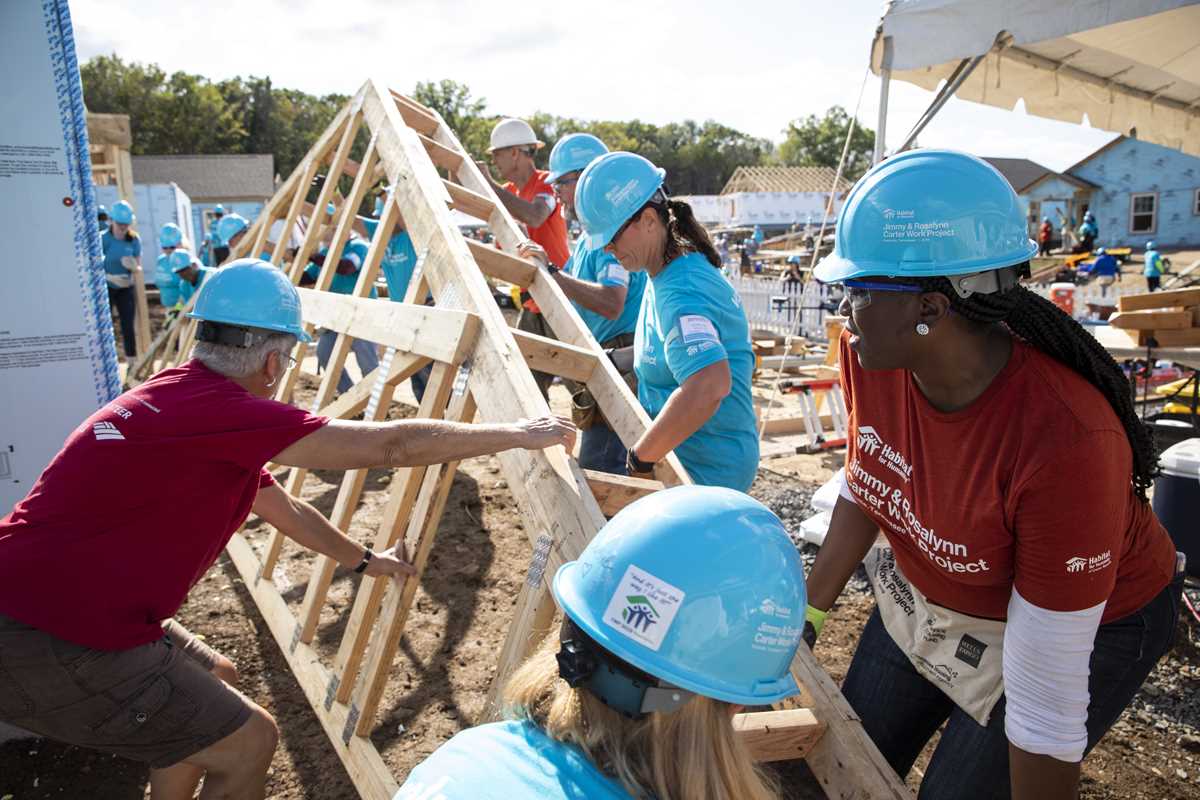 MacKenzie Scott has donated $436 million to Habitat for Humanity International and 84 of its U.S. affiliates — the largest publicly disclosed donation from the billionaire philanthropist since she pledged in 2019 to give away the majority of her wealth.

“We could not be more excited to get the gift at a time when, in some ways, the state of housing affordability is the worst that it has been in modern times,” Jonathan Reckford, Habitat for Humanity International’s CEO, told The Associated Press. His group received $25 million from Scott and her husband, Dan Jewett, with the remaining $411 million to be distributed among Habitat’s local affiliates.

Scott’s donation amounts to nearly 8% of the $325 million in donations that Habitat for Humanity International received in its 2020 fiscal year.

Reckford said Habitat for Humanity will use Scott’s donation of unrestricted funds to increase the supply of affordable housing, especially in communities of color. Though they approach the problem in varying ways, most local affiliates will pursue projects in their communities, while the international group will focus on broader advocacy and efforts to build homes for working-class families.

“Even before COVID, we already had one in seven families paying over half their income on rent or mortgage,” Reckford said. The last two years made that issue even worse, with many people seeking to buy larger homes to ride out the pandemic.

The scarcity of housing drove up the price in many markets across the country, putting homes out of reach for many first-time buyers.

“For low- and moderate-income families, who are service workers and did not have adequate shelter and still have to go out to work, this has been a catastrophe,” Reckford said.

Scott, who is worth about $48 billion according to Forbes, has signed the Giving Pledge, through which many billionaires have promised to donate more than half their wealth. Aside from an occasional blog post, Scott, an author and philanthropist, doesn’t discuss her donations, which exceeded $8 billion in the past two years after her divorce from Jeff Bezos, the Amazon founder, who was then the richest person in the world. As part of the divorce settlement, Scott received 4% of Amazon’s shares.

China consumes 54% of the world’s copper. Yet China mines only 8% of its copper needs, while plundering Africa, Latin America and South America for copper. The U.S. is left scrambling for new copper sources. But there’s a North American copper sweet spot overlooked by China – for now.

In December, in hopes that she would reduce the attention she draws, Scott declined to announce how much or to whom she donated money. She said she would prefer to let the recipients announce her gifts, as Habitat for Humanity is expected to do on Tuesday. Last week, the Boys & Girls Clubs of America announced that they and 62 local Boys & Girls Clubs had received $281 million from Scott. On Monday, The Fortune Society, a New York-based group that helps the formerly incarcerated re-enter society, announced that Scott donated $10 million to them.

Scott has explained in past blogs that she and Jewett had donated $2.7 billion in the first half of 2021 to “equity-oriented non-profit teams working in areas that have been neglected.”

Though Habitat for Humanity is best-known as a home-building nonprofit, the group, founded in 1976, says it has been working for many years on behalf of equity, toward “a world where everyone has a decent place to live.”

“When we started seeing Ms. Scott’s generosity expressed in a very explicit social-justice- and racial-justice-forward way, there were many of us who were like, ‘Oh, my gosh, if we can get the attention of MacKenzie Scott, that’d be amazing,’ not realizing that she was looking into this space already,” she said. “It was a wonderful surprise.”

Rice said that Scott’s gift will accelerate the timetable on Habitat for Humanity’s efforts to increase Black home ownership and diversify its volunteer base. It will also help the group surmount the political and financial roadblocks that make it difficult for racial minorities to buy homes.

According to an analysis released by the National Association of Realtors last month, U.S. home ownership climbed to 65.5% in 2020, with 72.1% of white Americans now owning their homes. Yet only 43.4% of Black Americans own homes, a proportion even lower than it was in 2010. Habitat for Humanity officials say they hope Scott’s gift will help reverse that trend.

“We have a great opportunity to continue to shape a narrative that’s inclusive, that’s diverse, that promotes equity,” Rice said. “And it’s not just the equitable access, because that then allows those families to build equity for generations to come. And that’s a very exciting opportunity for us as an organization.”

Associated Press coverage of philanthropy and nonprofits receives support through the AP’s collaboration with The Conversation US, with funding from Lilly Endowment Inc. The AP is solely responsible for this content. For all of AP’s philanthropy coverage, visit https://apnews.com/hub/philanthropy.