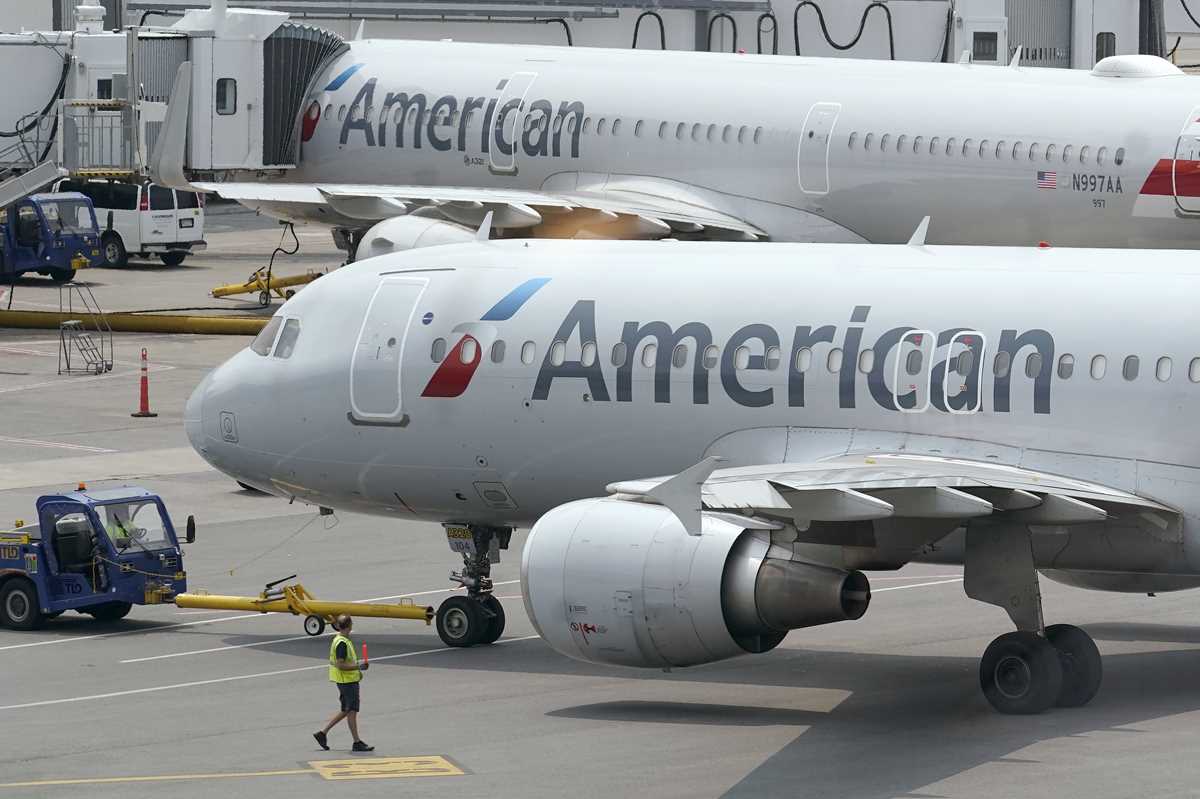 American Airlines passenger jets prepare for departure, Wednesday, July 21, 2021, near a terminal at Boston Logan International Airport, in Boston. American Airlines Group Inc. (AAL) on Thursday, Jan. 20, 2022, reported a loss of $931 million in its fourth quarter. On a per-share basis, the Fort Worth, Texas-based company said it had a loss of $1.44. Losses, adjusted for non-recurring costs, came to $1.42 per share. (AP Photo/Steven Senne, File)

An American Airlines flight to London returned to Miami after a passenger refused to follow the federal requirement to wear a face mask, according to the airline.

The airline called Miami police, and officers escorted a woman off the plane at Miami International Airport Wednesday evening without incident. A spokesperson for the Miami-Dade Police Department said American Airlines staff dealt “administratively” with the passenger.

The woman was put on American’s internal no-fly list pending further investigation, an airline spokesman said. Airlines have frequently banned passengers for the duration of the pandemic if they refuse to follow mandatory mask requirements designed to prevent the spread of COVID-19.

American said there were 129 passengers and 14 crew members on the plane. Pilots turned the Boeing 777 around less than an hour into the transatlantic flight, according to tracking service FlightAware.

Airlines reported nearly 6,000 incidents involving unruly passengers last year and 151 in the first two weeks of this year, according to the Federal Aviation Administration. Most of them involved passengers who refused to wear masks.