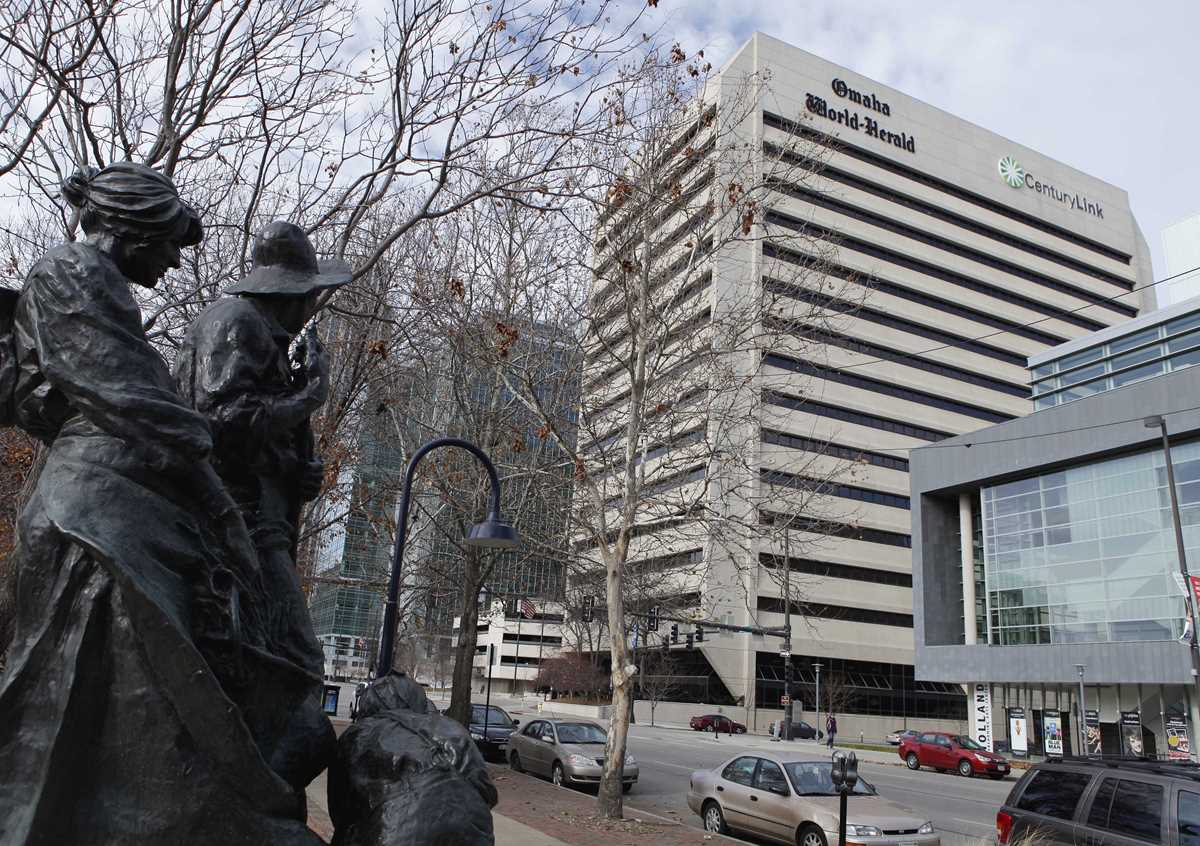 The Omaha World Herald building is seen in downtown Omaha, Neb. Nov. 30, 2011. Newspaper publisher Lee Enterprises is asking its shareholders to help it fight off a hostile takeover offer from Alden Global Capital. The publisher of the St. Louis Post-Dispatch, the Buffalo News and dozens of other newspapers, including nearly every daily newspaper in Nebraska, sent a letter to shareholders Monday, Jan. 24, 2022 asking them to support its board nominees in the dispute with Alden. (AP Photo/Nati Harnik, File)

The publisher of the St. Louis Post-Dispatch, the Buffalo News and dozens of other newspapers, including nearly every daily newspaper in Nebraska, sent a letter to shareholders Monday asking them to support its board nominees in the dispute with Alden. Lee, which is based in Davenport, Iowa, already rejected Alden’s $24 per share offer because it said the $141 million bid grossly undervalues Lee, but the two sides are locked in a court battle over whether Alden will be able to nominate its own directors.

“A ‘Vulture Hedge Fund’ is seeking to acquire Lee at a steep discount. Don’t let it take value that belongs to you,” Lee said in its letter to shareholders.

Lee also told shareholders that they should have faith in the company’s current strategy to shift its publications over to online delivery because it has seen its digital-only subscriptions grow 65% over the past year to 402,000 at all of its newspapers.

Alden officials didn’t immediately respond Monday to Lee’s letter. The New York hedge fund, which is one of the nation’s largest newspaper owners, filed a lawsuit last month asking a judge to force Lee to allow shareholders to vote on its three nominees for the company’s board ahead of Lee’s March 10 annual meeting.

Lee has argued that Alden’s director nomination was invalid because it didn’t meet technical requirements the company established before its deadline. A trial is scheduled to begin Feb. 7 in that lawsuit.

Alden owns more than 200 newspapers across the country including the Denver Post, Orange County Register and Boston Herald, and it bought up all of Tribune’s newspapers last year. It has developed a reputation for using extensive layoffs and severe cost cuts at the newspapers it owns.

When it announced its offer to buy Lee in November, Alden said it already owned 6.3% of Lee’s stock. Alden first disclosed owning Lee shares in 2020 after the company bought up Berkshire Hathaway’s group of newspapers.

Berkshire, which is led by billionaire Warren Buffett, has thus far been silent on Alden’s takeover offer even though it holds all of Lee’s $483 million in debt. At the time Berkshire sold its newspapers, Buffett said Lee was the best steward for them. Buffett didn’t immediately respond Monday to another request for comment.

Two other hedge funds that each hold more Lee stock than Alden — Cannell Capital and Praetorian Capital — have said they believe the company is worth much more than Alden is offering. Cannell holds 8.2% of Lee’s stock and Praetorian owns 7.3%.

Lee’s current board also owns or has options to buy up to 10.2% of the company’s stock, according to the proxy statement Lee filed Monday.

Like other newspaper publishers, Lee has been struggling with shrinking revenue as it makes the transition to digital publication because of the ongoing loss of subscribers who used to pay more for print subscriptions. The pandemic also took a heavy toll on newspapers’ advertising revenue as so many businesses struggled.

Between 2004 and 2018, Pew Research estimates that the newspaper industry eliminated nearly half of all newsroom jobs as publications consolidated or closed. Research from the University of North Carolina has said that roughly one-quarter of the country’s newspapers have closed over the past 15 years.