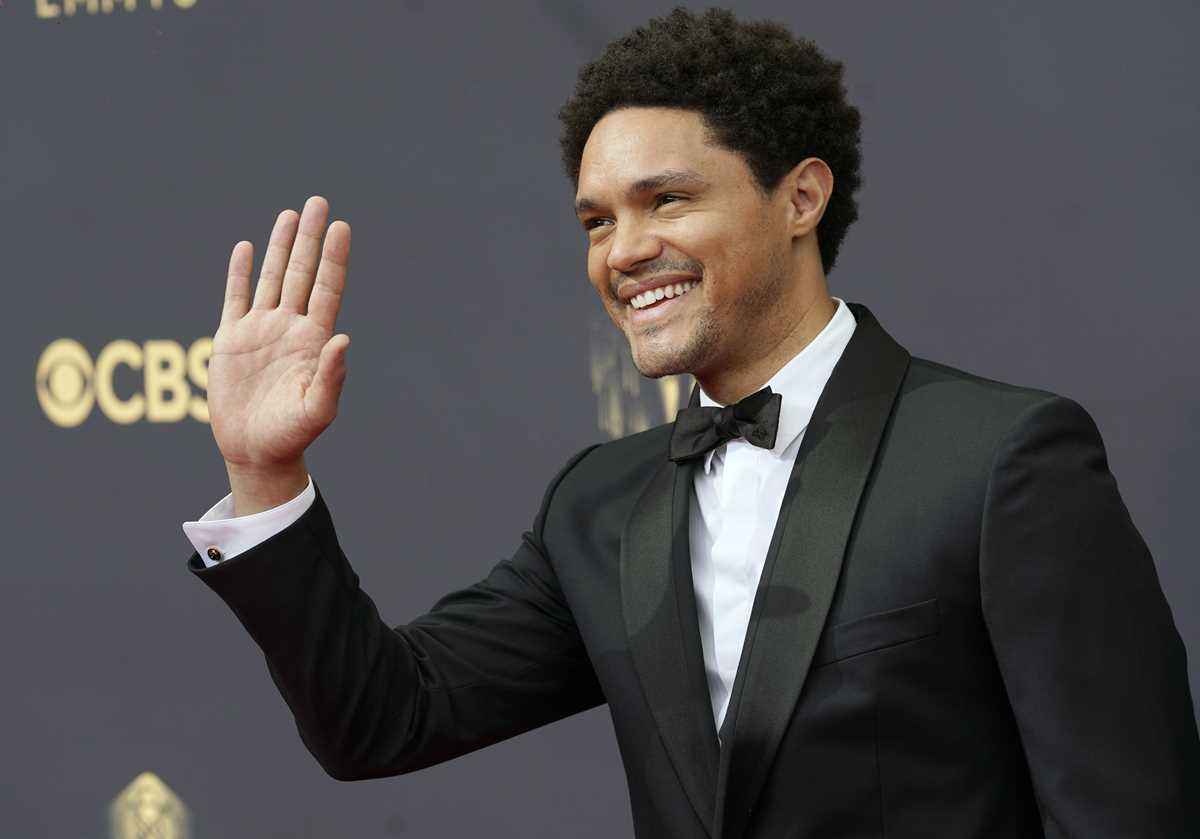 Trevor Noah arrives at the 73rd Primetime Emmy Awards on Sunday, Sept. 19, 2021, at L.A. Live in Los Angeles. Vice President Kamala Harris, The New York Times’ “The 1619 Project” and “The Daily Show with Trevor Noah,” as well as charitable programs from Airbnb, Google, PayPal and the National Football League, are among the finalists for the inaugural Anthem Awards announced Tuesday, Jan. 25, 2022. (AP Photo/Chris Pizzello, File)

An art installation inspired by Vice President Kamala Harris, The New York Times’ “The 1619 Project” and “The Daily Show with Trevor Noah,” as well as charitable programs from Airbnb, Google, PayPal and the National Football League, are among the finalists for the inaugural Anthem Awards announced Tuesday.

The awards — presented by The International Academy of Digital Arts & Science, best-known for the internet honors The Webbys — are intended to celebrate the mission-driven work and social impact of individuals, corporations and organizations. The winners, to be announced Feb. 15, will be honored at a virtual awards show on Feb. 28 in conjunction with the first Anthem Voices conference to showcase the winners’ work and share philanthropic and social impact ideas.

“By recognizing and highlighting purpose- and mission-driven work, we can amplify the impact of those programs,” said Jessica Lauretti, managing director of The Anthem Awards. “We can also bring folks together for collaboration and partnership and ultimately inspire folks to make a positive social impact in their own communities.”

Like The Webbys, which sought to celebrate the shift to a digital-driven culture 25 years ago, The Anthem Awards aim to capture the current shift to more philanthropic and socially conscious concerns, Lauretti said. The co-founders of the awards include the Ad Council, Born This Way Foundation, Feeding America, GLAAD, Mozilla, NAACP, National Resources Defense Council, WWF and XQ Institute.

“That old way of doing things. where you would do something over here and then do something over there to make up for it, is done,” Lauretti said. “Now, we’re really seeing the integration of that work and really making it a part of your mission in a way that is authentic and make sense.”

Kevin O’Leary picks one stock from each sector. This is his pick for DeFi.

Finalists in the Diversity, Equity & Inclusion category ranged from 72andSunny’s “Football Is for Everyone” campaign for the NFL to Netflix’s “Visions of Us: Groundbreaking Moments in Lesbian Latine Representation” to the UN Research Roadmap for the COVID-19 Recovery.

Finalists in the Education, Arts and Culture category included SiriusXM’s “All Music Is Black Music: podcast, the “Becoming Your Personal Best: Life Lessons from Olympians & Paralympians” curriculum from the U.S. Olympic & Paralympic Museum, and The National Geographic Society’s Storytelling For Impact program.

The finalists in the Sustainability, Climate and Environment category included: NASA’s “Global Climate Change: Vital Signs of the Planet” website, Audrey Choi’s work as Morgan Stanley’s chief sustainability officer, and the World Surf League’s We Are One Ocean conservation campaign.

The Associated Press receives support from the Lilly Endowment for coverage of philanthropy and nonprofits. The AP is solely responsible for all content. For all of AP’s philanthropy coverage, visit https://apnews.com/hub/philanthropy.