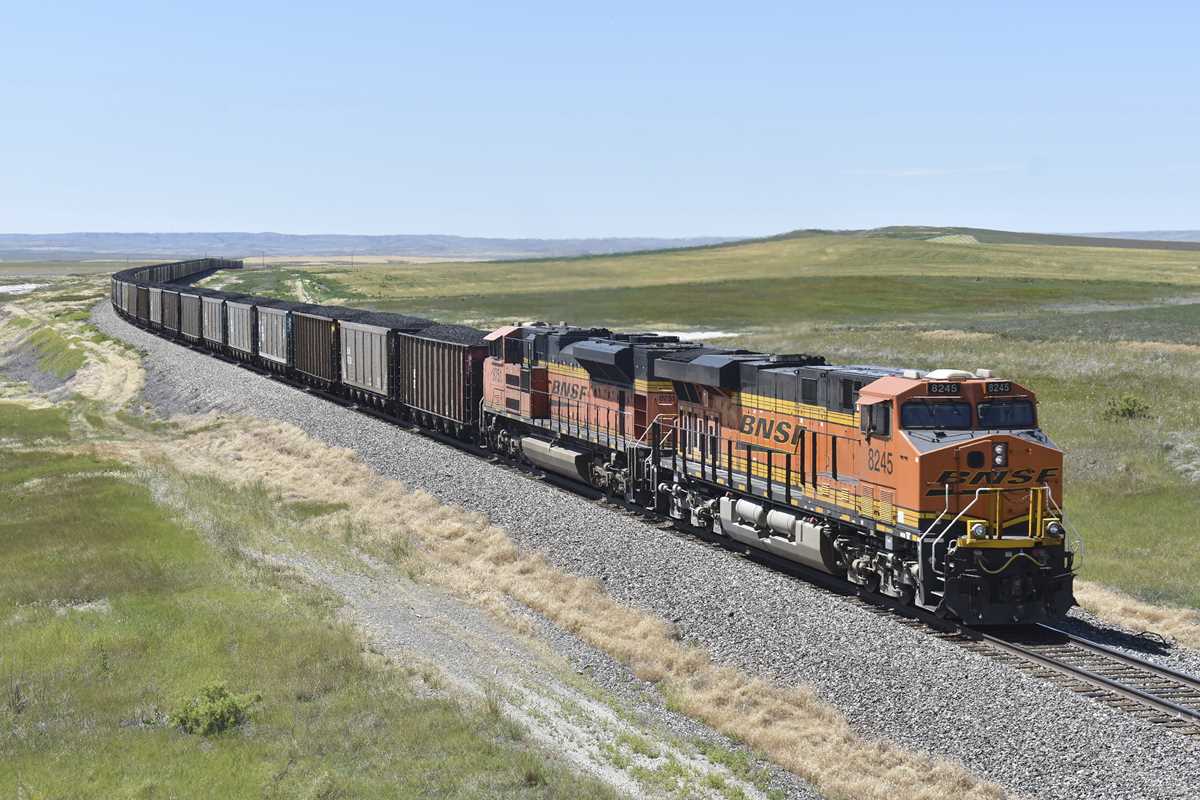 A BNSF railroad train hauling carloads of coal from the Powder River Basin of Montana and Wyoming is seen east of Hardin, Mont., on July 15, 2020. BNSF railroad’s two biggest unions that represent 17,000 workers won’t be able to go on strike over a new attendance policy they say would penalize employees for missing work for any reason, a federal judge ruled Tuesday, Jan. 25, 2022. (AP Photo/Matthew Brown, File)

BNSF railroad’s two biggest unions that represent 17,000 workers won’t be able to go on strike over a new attendance policy they say would penalize employees for missing work for any reason.

A federal judge ruled Tuesday that a strike would likely violate federal law because under their contracts railroad unions aren’t allowed to strike over minor disputes. Instead, those must be settled through arbitration or negotiation.

Judge Mark Pittman said a strike would hurt BNSF and could cause significant damage to the economy because of the role the railroad plays in delivering all kinds of goods.

“The record further establishes that a strike would exacerbate our current supply-chain crisis — harming the public at large, not just BNSF,” Pittman wrote.

The Fort Worth, Texas-based railroad went to court earlier this month after the Brotherhood of Locomotive Engineers and Trainmen, and the Transportation Division of the International Association of Sheet Metal, Air, Rail, and Transportation unions said they were considering going on strike to protest the new policy that is set to go into effect on Feb. 1.

The unions said they were surveying their members about whether they would support a strike because the stringent new rules would sanction workers for taking sick time or time off to attend a family member’s funeral. They said the rules would provide an incentive for workers to come in when they are sick even if they have COVID-19 symptoms and punish local union officials who take time off to represent workers at disciplinary hearings.

BNSF said it came up with the new system to modernize its policy and give its employees an easier way to see where they stand under the rules. The railroad didn’t immediately respond to the ruling.