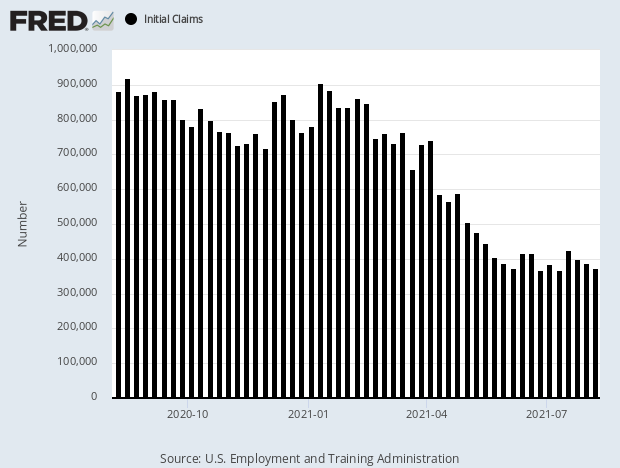 We’re still above the pandemic low of 368,000 reached twice earlier this summer. Continuing claims, fell to 2.866 million. That’s the lowest in 17 months.

Jobless claims numbers have come down sharply since the spring as the economy has recovered, and they have settled near the 400,000 level in recent weeks. The four-week average is now 396,250 initial claims.

The latest jobless claims report, which reflects the first week of August, came a week after the July jobs report showed a bigger-than-expects gain in employment. There were also a record high number of open jobs at the end of July.

Eligibility of unemployment benefits, and the payouts, were expanded during the pandemic as businesses were forced to close due to public health restrictions. Some states have already ended the expanded programs, while the national program is set to expire next month.

The bond market doesn’t seem terribly worried. The yield on the five-year Treasury has crept up from 0.65% on August 3 to 0.81% yesterday, but it’s still below where it was in late-June.

The futures market thinks the odds are against any Fed rate hikes over the coming 15 months. 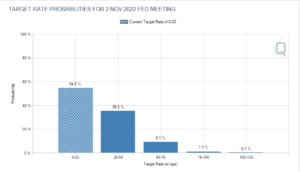