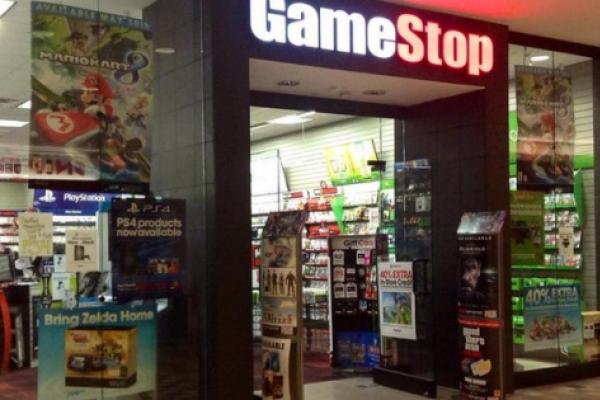 A Thursday night report sent shares of GameStop Corp (NYSE:GME) soaring once again. What could an NFT marketplace mean for the video game retailer?

What Happened: Tthe Wall Street Journal highlighted a pending launch of an NFT marketplace from GameStop. The report follows months of speculation after the company has posted job ads for those familiar with NFTs and cryptocurrency.

GameStop would serve as a marketplace to buy, sell and trade NFTs of virtual video game goods that could include avatar outfits and weapons.

“The company is asking select game developers and publishers to list NFTs on its marketplace when it launches later this year,” WSJ reports.

Here are thoughts from industry experts on GameStop’s potential move into the NFT space.

Loup Ventures: Well-known for covering the world of large technology stocks and companies like Tesla Inc (NASDAQ:TSLA) is Loup Ventures. Gene Munster and Doug Clinton shared their thoughts in a video Thursday night.

“They found their way directly into the toy department today,” Munster said.

Clinton said the stock surge wasn’t surprising given the way the stock traded in 2021: “GameStop to me isn’t a stock, it doesn’t trade on real fundamentals,” Clinton said.

While Munster and Clinton agreed on this being the right move for GameStop with the growth of NFTs in the gaming market, they questioned how GameStop can compete with NFT marketplace leader OpenSea and the pending marketplace launch by Coinbase Global (NASDAQ:COIN).

“That’s hard to compete when you’re up against those two companies. People are putting a lot of weight into this NFT project GameStop is doing,” Clinton said, citing a $3 billion value increase Thursday based on the share price of GME.

Munster wouldn’t be surprised to see shares continue to trade higher and also sighted a strong brand GameStop has built as a company and as a meme stock.

Unconvinced: Wedbush analyst Michael Pachter highlights video game companies transitioning to digital game sales. Many video game companies have been upset over the years that they don’t get a portion of used game sales, which could make it unlikely that publishers grant GameStop the right to resell NFTs, according to Pachter.

“We are unconvinced that GameStop’s plan would work, as publisher support may be lacking,” Pachter said. “The publishers are unable to profit directly from used game sales, but must tolerate them.”

A bigger question from Pachter points to why video game publishers would turn to GameStop over other options.

“We are unclear what GameStop would bring to the table, as their relationship with gamers isn’t any stronger than the relationship of the applicable publisher whose title the gamer is actually playing.”

Publishers could create their own NFT stores for NFTs and earn a higher portion of the revenue instead of partnering with GameStop.

Pachter points to companies like Epic Games, Unity Software (NYSE:U) and Roblox Corp (NYSE:RBLX) as potential winners in the space for gaming NFTs.

“Although we question the merits of GameStop’s plan, the news appears to be well-received by at least a portion of the retail investors who have driven the company’s share price performance n recent quarters.”