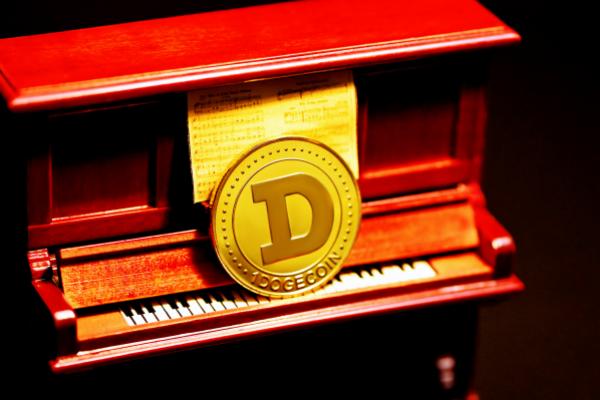 Multiple analysts noted the reversal in Bitcoin’s trajectory on Monday, with Marcus Sotiriou, an analyst at the United Kingdom-based digital asset broker GlobalBlock stating that “Bitcoin has ranged between 29-35 on the weekly RSI [Relative Strength Indicator] suggests that the risk/reward is advantageous for buying in this area.”

Benzinga’s Melanie Schaffer noted that DOGE could be settling into a bear flag pattern on its daily chart and if that is recognized, the cryptocurrency could drop under the 10 cent mark. In order to negate that pattern, DOGE will have to reclaim the eight-day exponential moving average on its daily chart.

DOGE was among the most mentioned coins on Twitter. It attracted 205 tweets, according to Cointrendz data.

The three most mentioned coins on the social network were Bitcoin, Ethereum, and Solana, which attracted 2,134, 1,012, and 522 tweets, respectively.

Dogecoin Chatter: On Monday, the final results of the CoinMarketCap Twitter poll that asked which top meme coins will survive and rise to the top in 2022 were revealed.

Meanwhile, DOGE co-creator Billy Markus noted that Dogecoin and non fungible tokens have a lot of female holders. He also took a dig at Bitcoin maximalists.

“The maxis haven’t figured out that their white 20-45 year old male club of sanctimony isn’t [particularly] inviting to the human race,” said Markus.

Dogecoin / NFTs has a lot of female hodlers

as I’ve said before, they are very bad at marketing