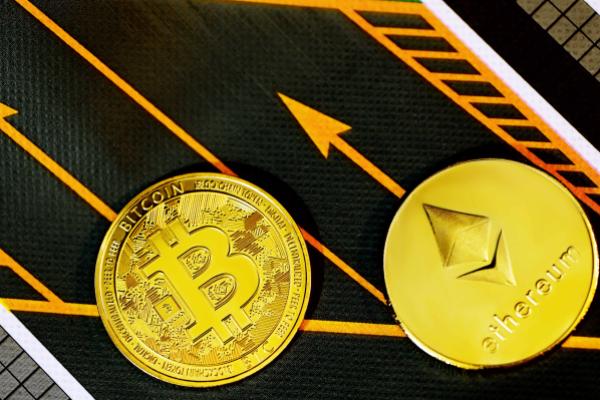 As Bitcoin (CRYPTO: BTC) and Ethereum (CRYPTO: ETH) recovered after falling below psychologically important levels of $40,000 and $3,000 respectively in intraday trading on Monday, four analysts and expert traders shared their thoughts on the two largest cryptocurrencies by market capitalization.

What Happened: Cryptocurrency analyst Justin Bennett believes that Bitcoin is strengthening and may be about to outperform Ethereum since the Bitcoin dominance chart is moving away from support.

In today’s YouTube video, I mentioned that $BTC may be about to outperform $ETH.

Another indication that #Bitcoin is strengthening is $BTC.D, which is moving away from support.

Bennet noted on his YouTube channel that Bitcoin is looking for a bottom and typically tends to move about 4% to 8% below its liquidation low before rebounding.

Bennett also said that Ethereum could move down to the $2,800 to the $2,900 level before it rebounds, while the alternative would be the cryptocurrency closing above the $3,170 level.

Fakeout on the downside for #Bitcoin. If $40.6K holds, continuation upwards to $42.6K and potentially $46K is on the tables. pic.twitter.com/l8rACrtbhC

Kaleo, a pseudonymous technical analyst, told his more than 460,000 followers on Twitter that Bitcoin was flirting with the $42,199 level without reclaiming it, but it could easily move higher if that happened.

Watching the line carefully to see if it holds. BTC flirting w/ reclaiming it. Could easily see a squeeze higher if it happens. Rejection = more pain. pic.twitter.com/21qsq4WB5Y

Pseudonymous cryptocurrency analyst Altcoin Sherpa said on his YouTube channel that he is looking for Bitcoin to touch bottom around the $37,500 to $38,000 level. He added he is still high time frame (HTF) bullish for now.

Read Next: Why Legendary Investor Bill Miller Has 50% Of His Portfolio In Bitcoin