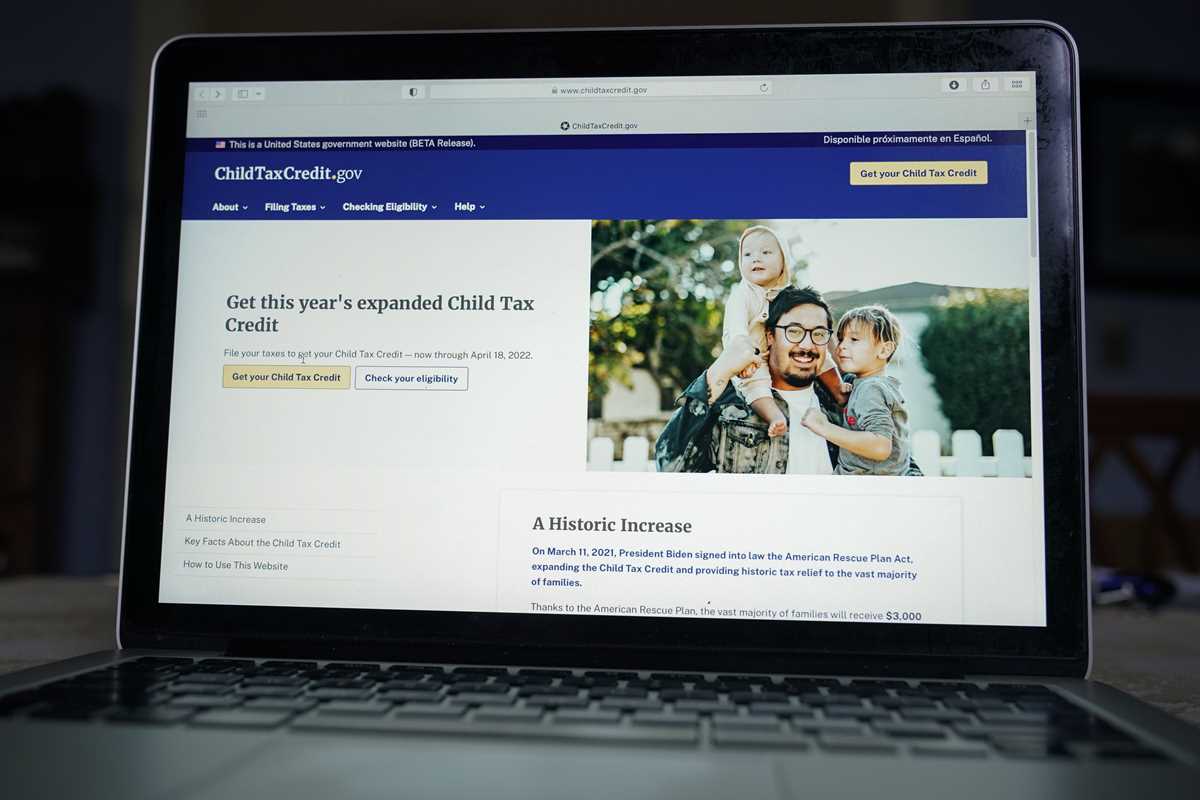 The government website childtaxcredit.gov is photographed on a computer screen Monday, Jan. 24, 2022, in Annapolis, Md. The IRS has launched a revamped Child Tax Credit website meant to steer people to free filing options for claiming the credit. The website includes a new tool that will help filers determine their eligibility and how to get the credit. (AP Photo/Susan Walsh)

WASHINGTON (AP) — The government launched a revamped website Monday — the first day of tax filing season — to help people who were eligible for the expanded tax credit under last year’s pandemic relief bill claim the second half of the payment they were due.

The site, ChildTaxCredit.gov, features a new tool that directs taxpayers to filing options, eligibility information and instructions on how to get the credit, according to the Treasury Department. Both virtual and in-person support will be provided in multiple languages.

The child tax credit was expanded as part of President Joe Biden’s $1.9 trillion coronavirus relief package, which included a monthly payment of as much as $300 per child. Since the payments were first disbursed in July, Treasury and the IRS have issued roughly $93 billion to tens of millions of families, according to Treasury. And in December, 61 million children received the enhanced benefits.

Families received half of their expanded 2021 credit on a monthly basis and the other half will be received once they file their taxes. The enhanced portion of the child tax credit program has since lapsed. For tax year 2022, the child tax payment reverts to $2,000 annually per qualifying child, which in 2022 expands age eligibility to 17 year-olds.

The Biden administration has proposed extending the enhanced child tax credit for an additional year in its roughly $2 trillion social spending plan, but that bill is stalled in Congress.

“As tax filing season begins, Treasury’s priority is ensuring that eligible families are able to receive the full Child Tax Credit,” Deputy Secretary of the Treasury Wally Adeyemo said in a written statement.

“This relief has helped families pay for essentials when they needed it most and by getting the second half, or the full amount, of the credit millions of children can continue to benefit,” he said.