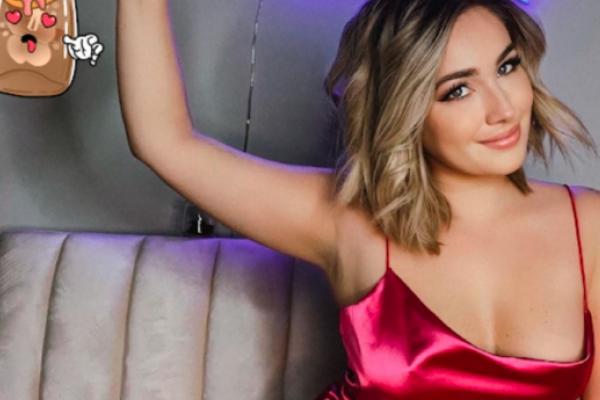 By Hernán Panessi via El Planteo.

“Prrrrrrrrrrr…” Gas comes out, but this time, it’s more than an ordinary fart. No way: every fart is an opportunity. Or at least that’s what influencer Stephanie Matto thought when, some time ago, she decided to sell her farts in jars through the platform Unfiltrd. With this gig, Stephanie raised more than $200,000 and added almost 300,000 followers to her Instagram account.

“When I put them up for sale I waited anxiously to see if one or two would sell. In my mind, it was really a joke. But to my surprise… they sold out. I think that’s when I realized I was literally sitting on a gold mine,” Matto told El Planteo.

To become a flatulence powerhouse, the influencer goes on a special diet consisting mainly of protein, black beans, eggs, and yogurt. She thinks “it’s really wonderful how a different diet can produce a drastically different product.”

See also: ‘The Freak Brothers:’ A Stoner Animated Series With A Cast That Will Blow Your Mind

A few weeks ago, however, culinary ups and downs and ambition (more farts, more money) led Matto to the E.R.: “I landed in the emergency room thinking I was having a heart attack, when in fact I was having severe intestinal pain caused by gas.”

The novelty of NFT farts

These days, Stephanie turned the whole thing around and is now selling her farts in NFT format.

“I’ve always liked the concept of NFTs, as I’ve been into cryptocurrencies for a while now. After realizing the emotional and physical toll that the mass production of farts was taking on my body, it occurred to me that the next step would be to make my farts digital and sellable in the metaverse,” Matto explained.

“So here we are: we just launched the farts at www.fartjarsnft.com and I couldn’t be more proud and pleased with the art and the product,” she clarified.

Strictly speaking, the fart jars work as a collectible. She describes them as “a kind of deck of Pokémon cards.” The fart jar market (already, shall we say, atypical) stretches the limits of her imagination and becomes a symbolic market that can end, too, with the possession of a valuable real fart.

“You coin one and, if you’re lucky, you end up with an ultra-rare edition fart jar that comes with a redeemable one! Some redeemable jars come with an actual physical fart jar or, even, a jar containing a vaginal flatus! It’s so crazy, this morning someone bought a Fart Jar NFT for 0.05 ETH (about $200) and resold it a couple of hours later at 0.2 ETH (about $1,000). So there is definitely profit potential for others looking to get into the fart market,” says Stephanie, half laughing, half confident in her gassy venture.

See also: You Can Now Buy Cannabis In The Metaverse And Get It Delivered To Your Real Home

-You’re quite the fart entrepreneur. Previously, have you sold farts in “other formats”?

-Before launching my fart jar, I was selling fart jars in bulk to my fans on Unfiltrd, a platform I co-founded. Apart from physical fart jars and “metaphysical farts” on a blockchain, nothing else, that’s as far as my reach goes!

As it is, it is common knowledge that there is a huge online fetish market for farts on the Internet, panties, lingerie, and even bathwater. “There really is an endless sea of weirdness on the Internet, but I love it! I like to think outside the box and come up with new and innovative ways to make money. And that’s why I think I was so drawn to the idea of fart jars,” Stephanie said.

She continued, “NFT farts are a totally new game for me and are something meant to be enjoyed by a wide range of collectors, NFT enthusiasts, artists, and people who want to participate in this movement.”

So far, feedback from buyers has been “very positive” and comments range from novelty, charm by smell, and the twisted pleasure of owning an ethereal piece of the beautiful Matto.

-Surely this is a bit of a “conservative” question, but aren’t you ashamed to sell your own farts?

-I’m not ashamed of anything I do, as long as it doesn’t hurt anyone. Many big companies exploit people, workers, and I’m just trying to bring laughter, farts, and joy to the world! We could all use some of that these days!

One thought on “Interview: Stephanie Matto On Selling Farts As NFTs After Going Viral, Making $200K Off Gas In Jars”