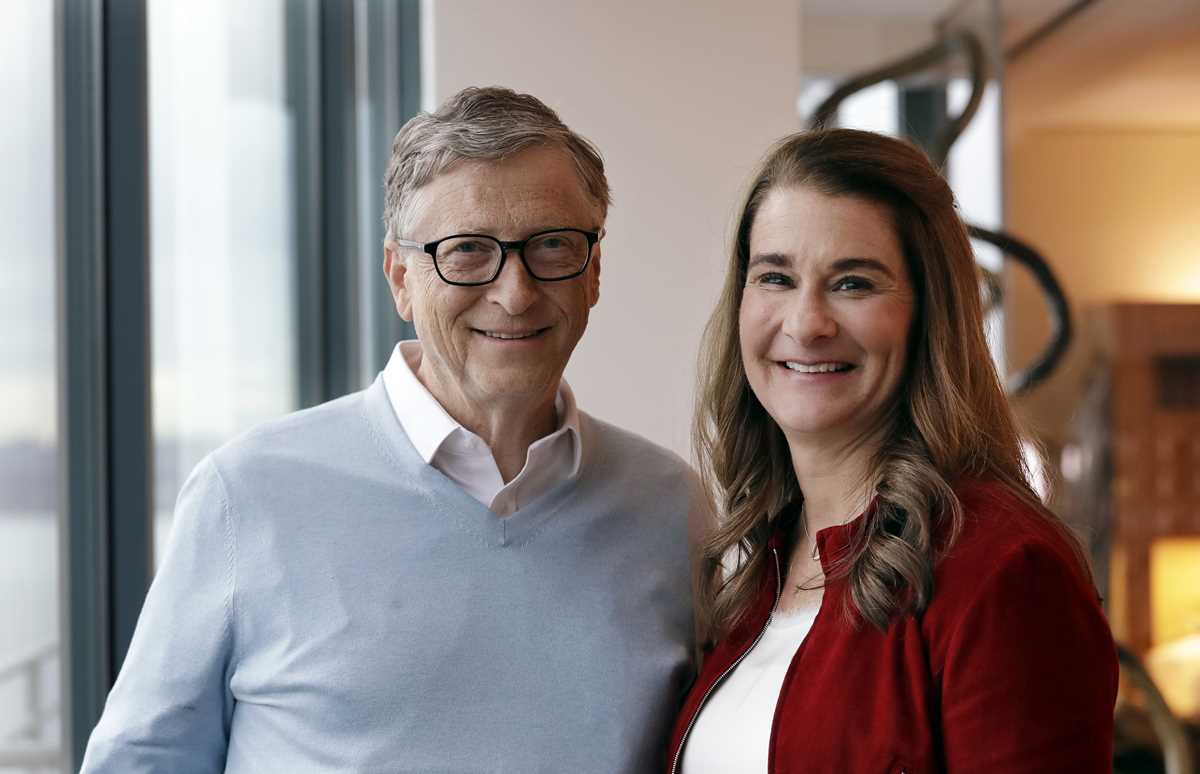 In this Feb. 1, 2019, file photo, Bill Gates and Melinda French Gates pose together in Kirkland, Wash. The Bill and Melinda Gates Foundation announced Wednesday, Jan. 26, 2022, its adding four new members to its board of trustees. It’s a first for the Seattle-based philanthropic giant, whose decision making has been guided by very few hands since its incorporation in 2000. (AP Photo/Elaine Thompson, File)

The Bill and Melinda Gates Foundation announced Wednesday it will add four members to its board of trustees, a first for the Seattle-based philanthropic giant whose decision making has been guided by very few hands since its incorporation in 2000.

The foundation, one of the world’s largest with its $50 billion endowment, said it would search for new trustees in July after its two co-chairs and trustees — Bill Gates and Melinda French Gates — announced their divorce.

Wednesday’s announcement means the global charitable group will now have six people guide its work. However, Gates and French Gates will continue to have additional authority as co-chairs of the foundation.

Gates Foundation CEO Mark Suzman wrote in his annual letter Wednesday he would be joining the board alongside Zimbabwean telecom billionaire Strive Masiyiwa, the African Union’s COVID-19 vaccine envoy; Minouche Shafik, director of the London School of Economics and Political Science; and Thomas J. Tierney, co-founder and co-chair of The Bridgespan Group, the philanthropic consulting firm that’s been an influential force behind MacKenzie Scott’s unconventional multi-billion dollar donations.

“This obviously is a big milestone for the Gates Foundation,” Suzman said in an interview with The Associated Press, adding the new group will help make the foundation’s work “stronger, better and more informed.”

Critics have long argued the foundation, whose funding for the World Health Organization nearly matches that of the U.S. government, has outsized influence and needs broader leadership. Suzman has said those calls didn’t factor into the decision to expand the board. Instead, he wrote the changes were a response to Warren Buffett’s resignation from the foundation board in June, and the death of Gates’ father and honorary co-chair, Bill Gates Sr., in 2020.

Suzman said the additions also represent a recognition by Gates and French Gates “especially in the wake of their recent divorce” that “independent voices” will aid the foundation be stable and impactful for its future’s work.

The foundation wanted board members it was familiar with, and who have had some personal interaction with Gates and French Gates. Masiyiwa, for example, has served as the head of the Gates-backed Alliance for a Green Revolution in Africa and worked with the charitable group on other initiatives. He’s also launched sharp criticisms at COVAX, the Gates-backed global initiative that fell well short of its own COVID-19 vaccine distribution goals last year.

Gates himself was slammed by some global health experts last year when he defended stringent intellectual property rights as the best way to speed innovation, a move some saw as prioritizing profits over vaccinations. Following the barrage of criticism, the foundation reversed course, and said they supported temporarily waving patents. Still, it’s hard to find many groups in the public health community that are outspoken critics.

Meanwhile, Priti Krishtel, the co-founder of the Initiative for Medicines, Access & Knowledge, a nonprofit that advocates for greater global access for drug treatments, said the changes represent a step in the right direction. But Krishtel noted more can be done to bring in people who don’t share the foundation’s market-driven approach to global health.

The board’s final tally could include up to nine total members. Suzman said the foundation may add more trustees who bring more diversity to the board, but there is no timeline for further expansion.

The foundation noted the board will meet three times a year to approve the foundation’s annual budget, four-year plan and provide further guidance on its work. Each board member can serve three-year terms, with two consecutive term limits.

Gates and French Gates finalized their divorce in August, and have continued their work together at the foundation. French Gates’ future there, though, remains unknown – she could leave her position within two years if she and her former husband decide they can no longer work together.

The addition of board members also comes as the foundation continues to face scrutiny over allegations that Bill Gates pursued women who worked for him there and at Microsoft Corp., the company he co-founded. Following pressure from investors, Microsoft said earlier this month it’s investigating its workplace sexual harassment and gender discrimination policies, including the handling of a 2019 probe that was launched into Gates when a Microsoft engineer alleged she had a sexual relationship with him over several years.

The foundation, meanwhile, has said it is not investigating the allegations in the media made by “an anonymous former employee.” When asked whether it plans to launch a formal inquiry into Gates following Microsoft’s recent announcement, Suzman said the foundation won’t do so because it has “never had any complaints or allegations about him.”

“If any staff member makes an allegation to our completely confidential channels… we would investigate them,” Suzman said. “No such allegations have been made, or complaints made, at any stage.”

Suzman added the foundation has conducted an independent review of its harassment policy and is in the process of implementing improvements, which include having multiple channels where staffers can make complaints.

The policy “applies to everyone,” he said. “Including the new board members, and obviously Bill and Melinda.”

The Associated Press receives support from the Lilly Endowment for coverage of philanthropy and nonprofits. The AP is solely responsible for all content. For all of AP’s philanthropy coverage, visit https://apnews.com/hub/philanthropy.

Climate change remains a polarizing political issue. However, as an investor, it’s a debate that bears watching. And that’s not just the case for environmental, social, and governance (ESG) investors. Every investor that’s looking to profit from the current $3.5 trillion infrastructure bill needs to pay attention to the current debate about climate change.

That’s because right now the business of climate change is beginning to catch up to the emotion. And that makes it a good time to invest in the clean energy sector. This includes solar and wind stocks. But it also includes other related sectors such as electric vehicle charging and other renewable energy sources such as renewable natural gas (RNG).

That’s the topic of this special presentation which looks at 7 clean energy stocks that look like strong buys as the Biden administration looks to pass its sweeping infrastructure bill.

Investors need to be able to skate to where the puck is moving. For years, climate change initiatives have been bogged down by the reality that the technology was not ready to meet the moment. That is rapidly becoming a non-issue. And that makes this sector one that investors can’t afford to ignore.

View the “7 Clean Energy Stocks to Buy As Climate Change Initiatives Heat Up”.