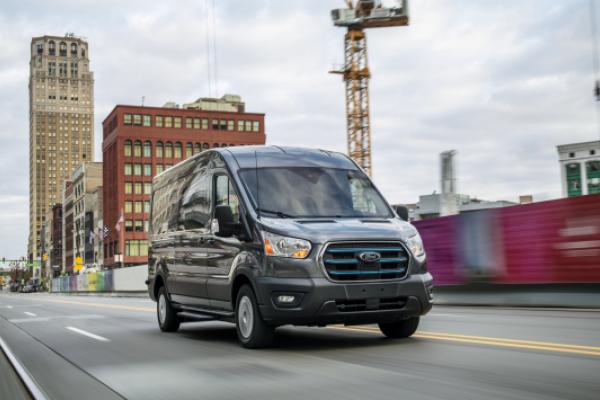 What Happened: Deliveries for the electric E-Transit in the U.S. will begin in the coming weeks.

Ford had previously opened reservations for the electric E-Transit in May last year and said the electric commercial van is expected to go on sale early this year.

Why It Matters: The electric E-Transit is key to Ford’s strategy to gain market share in the commercial van category.

See Also: Ford Says Fleet Demand For E-Transit, F-150 Lightning Pro Is High, Expects Them To Be Quickly Sold Out

The automaker had in September revealed 24,000 reservations for the E-Transit.

Ford is expecting the popularity of its full-size pickup truck F-150 and Transit commercial vans to trickle down to its electric variants as well and help it compete with electric-vehicle market leader Tesla Inc (NASDAQ: TSLA).

Farley had in May this year told investors the automaker plans to electrify its most iconic models and restated plans to launch a commercial self-driving business by 2022.

Price Action: Ford shares closed about 1% higher at $19.6 a share on Tuesday.