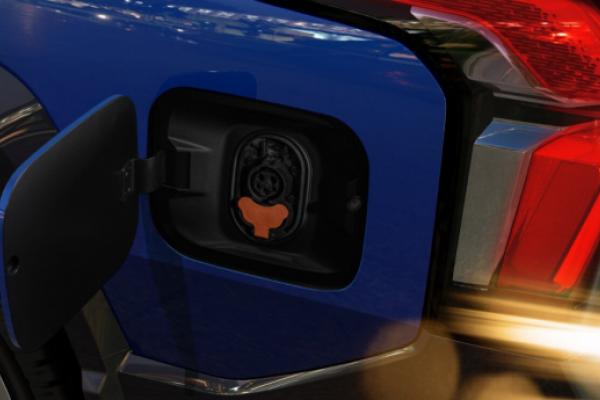 The head-on clash between the legacy rivals comes with a twist as the GM owned Chevrolet Silverado electric goes on sale next year, starting with the more expensive, fully-loaded version first, while Ford’s F-150 Lightning — revealed last year — will begin deliveries in the spring.

Here’s how the two legacy rivals stack up in the full-size electric pickup space in the key departments.

Pricing: The base variant of both the electric Silverado and the F-150 Lightning are priced just below $40,000. Though Ford’s deliveries will begin this year while GM’s base variant delivery is expected in 2024.

In contrast, a fully-loaded F-150 Lightning, the most expensive variant, will be priced at around $90,000.

GM claims the fully-loaded electric Silverado sold out in minutes after reservations opened on Thursday.

Range And Charging: Range and towing could be a make-or break deal for a full-sized pickup priced at these levels. Chevy claims the electric Silverado will have range of up to 400 miles for the bigger-battery. Ford has two different battery options for the Lightning with an estimated range of 230 miles and 300 miles.

Power And Torque: The Electric Silverado’s first editions will have 664 horsepower and 780 foot-pounds of torque, which is 101 horsepower and five pounds per feet more than the most expensive variant of the Lightning.

The later variants of the Silverado electric will have about 510 horsepower compared to Lightning’s 426 horsepower. In terms of torque, the more affordable Lightning variants will have a higher torque, though.

Performance: As per GM, the RST and WT feature public DC fast charging capabilities of up to 350kW enabling about 100 miles of range to be added in 10 minutes.  The Silverado EV’s PowerBase charging system offers up to 10 outlets, to provide a total of 10.2kW of all-electric power. The Silverado has 10.2 kilowatts of power and 10 outlets, while Lightning has up to 9.6 kilowatts.

Why It Matters: America’s love for bigger trucks is well known, and both GM and Ford are betting on the popularity of its iconic, best-selling and most profitable models to carry forward that success to electric vehicle options as well.

In 2021, the total gas-powered Silverado pickups alone contributed 24% of GM’s total sales volumes, while the F-series trucks contributed about 40% of Ford’s full-year volumes.