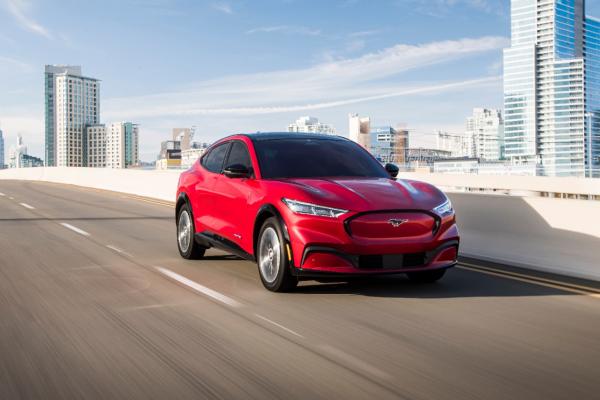 What Happened: The Dearborn, Michigan-based automaker said Mach-E sales were up 1.1% last year over 2020.

The Mach-E began making a standalone appearance in the automaker’s European sales charts from the third quarter onwards in 2021.

The automaker counts the U.S. as the largest market for the gas-powered Mustang. The Mustang Mach-E is Ford’s first all-electric crossover named after the iconic model.

Ford started selling the Mach-E, the only electric car it has currently on sale, in the U.S. in 2020. At the time, the automaker sold just three units of the Mach-E.

See Also: Ford Sold Half As Many Mustang Mach-E EVs As The Gas Variant In 2021 — The First Year Of Launch

Ford currently makes the Mach-E for the U.S. and the European market at a plant in Mexico. In October, the automaker announced it has started manufacturing Mach-Es in China — deliveries of which are expected to begin by year-end.

Ford recently said it would triple production of Mustang Mach-Es to 200,000 units by 2023 in North America.