Argentinian football superstar Lionel Messi is said to have received a ‘large number’ of PSG Fan Tokens in his recently announced free transfer to the French football giant, according to a range of recent media reports. The tokens, a digital asset for fans, ‘give you the power to influence decisions of your favourite teams, unlock VIP rewards and access to exclusive promotions, games, chat and a superfan recognition’ according to football fan token provider Socios.com. The PSG tokens can be traded on a number of cryptocurrency exchanges including Binance, Paribu, and Upbit.

The PSG tokens have jumped sharply over the last week as Messi’s transfer deal with the French football was concluded, rising from around $22 to a high yesterday of over $48. The market cap of these tokens is around $113 million – around the same amount that Messi is set to receive in wages over the next two years?? – while the fully diluted market cap is just under $780 million. 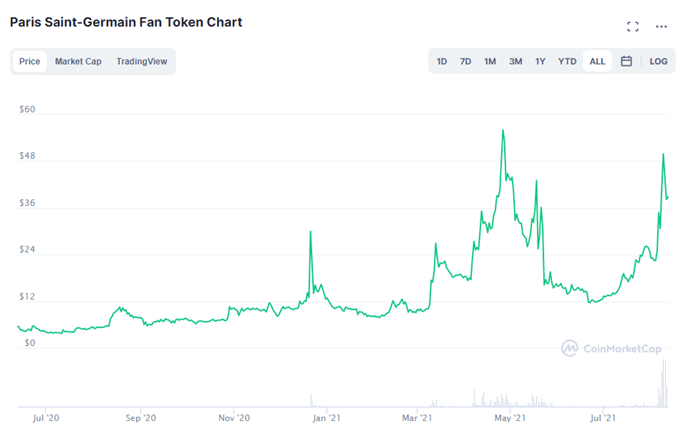 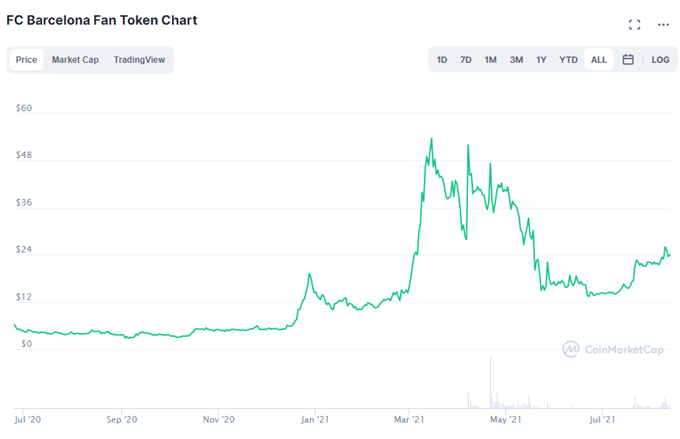 It seems as though Messi’s value to a football team is not just on the pitch alone.

What is your view on Football Tokens – bullish or bearish?? You can let us know via the form at the end of this piece or you can contact the author via Twitter @nickcawley1.